Movies, opera, travel: a strong wind of change appears to be blowing through the desert kingdom. According to Saudi Arabia expert Sebastian Sons, reforms could turn the country's culture and economy on its head. 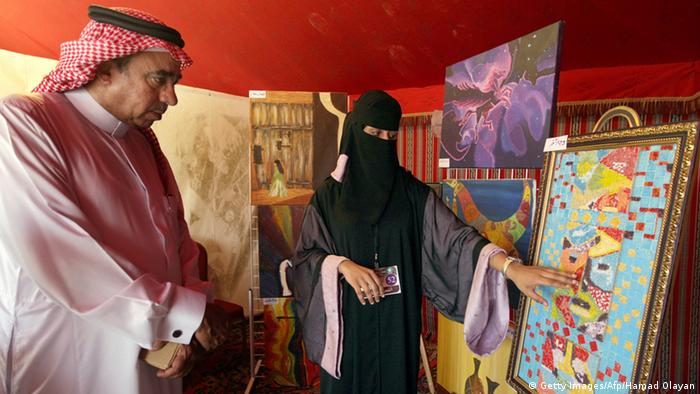 DW: Your book, "Built on Sand: Saudi Arabia — a Problematic Ally" (in German) describes the country as a "black box" from which practically no information emerges. The little we do hear about the country does not sound very promising. Is the human rights situation, or that of women's rights, really so bad?

Sebastian Sons: You have to distinguish between political and societal openings in Saudi Arabia. We are definitely seeing an opening up of society that is primarily benefiting women. Their legal, economic and social situation has significantly improved in recent years, and not just now under the new king and crown prince. The historic high point was the decision to lift the driving ban for women.

But that doesn't actually play such a big role in Saudi Arabia. Much more important is how women can be better integrated into the labor market. Many of them are very well educated and want to take part in economic life. Many young women are also pushing for change in gender relations.All this means that lots of things are changing and many women are benefiting.

On the other hand, the political situation is no better than it was. The human rights situation remains catastrophic. The number of death sentences and political prisoners has risen sharply once again under the new king and his son. One must not fall into the trap of equating societal relaxations with political ones.

"Vision 2030" is the name of the young Crown Prince Mohammad bin Salman's major reform plan to wean his country of its oil dependency. What exactly does it entail?

The reform plan seeks to completely redesign Saudi Arabia's economic system by supporting other economic areas, such as tourism. Many people do not know that the second most important source of income is religious tourism, due to the millions of pilgrims who travel to Medina and Mecca every year. This will be expanded through cultural and leisure tourism.

The entertainment sector, which includes culture, will also be expanded. Cinemas and opera houses will be opened, concerts will take place. This is aimed at keeping Saudi money in the country and motivating foreign investors to send their personnel there.

Saudi Arabia's attractiveness is supposed to increase — as a trade hub and site for investment. For Saudi Arabia, these are historic changes that will turn its social contract on its head. 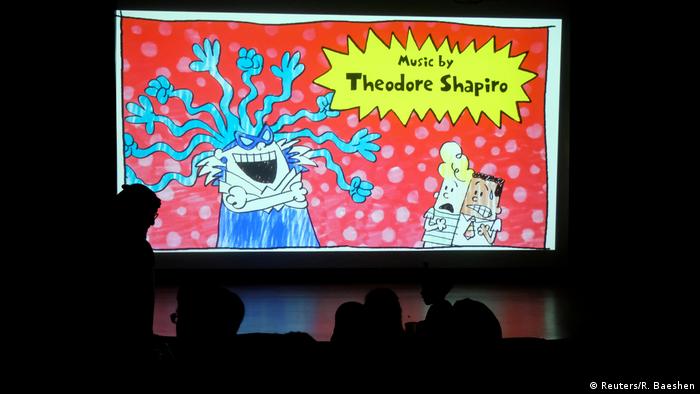 The first cinema in Saudi Arabia opened in Jeddah in January

Crown Prince Mohammad bin Salman also wants society to adapt to new times. But is this cultural change something that can be ordered top-down?

Many things in Saudi Arabia are ordered top-down, but only when society seems likely to accept the changes. Saudi Arabia is a very young society: 70 percent of the population is under 30 years of age, and many of them have studied abroad and now want to lead a newer, freer, more open life. The young crown prince considers himself to be the mouthpiece of this young society. Up until now, these changes have been welcomed, almost to the point of euphoria.

The young generation, more than anyone else, have put all their hope on Crown Prince Mohammad bin Salman. They hope that he will not only break up this outdated, entrenched societal structure but will also give them possibilities for economic participation.

What about the clerics? Could they stall a transformation in the Islamic monarchy before it actually gets underway? 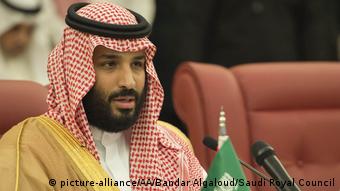 The crown prince will take over the kingdom upon the death of his father, King Salman

It really depends on the content. To date, we have heard less from the clerics than had been expected. This is because over the past decade, Saudi Arabia's body of religious leaders have actually appeared to be a sort of junior partner that assists the royal house rather than acts independently.

The economic perspective is also making inroads among the clerics. For instance, they realize that women should no longer be prohibited from working because the Saudi economy can't afford to have a chunk of its population shut out of the labor market.

But naturally there are still lines that the royal house won't cross. Its alliance with the Wahhabi clerics [ongoing since the start of the ultraconservative Sunni movement in the mid-18th century – Eds.] is too important to completely break off.

Germany has sold expensive weapons to Saudi Arabia, but in terms of cultural ties, there's only a single small German-language institute in Riyadh. Is it finally time for a full Goethe-Institut, Germany's official international cultural and language exchange organization?

Yes, it is definitely time. German cultural policy has long been interested in this, but it has been blocked repeatedly by the Saudi Arabian side. The fact that political foundations are still not allowed to operate in Saudi Arabia makes German cultural work very hard. 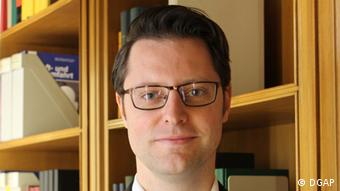 But I think that other initiatives can be started, even without traditional German cultural institutes. For example, there are initiatives that bring Saudi and Iranian civilians to the same table to talk to one another in these times of conflict between them. German NGOs are a part of this. This requires money and nerves of steel. But it's only when you have contacts in Saudi civil society, and not just in the royal house, that you can understand what's going on in the country. Saudi Arabia is simply too important to be ignored culturally.

Sebastian Sons is an associate fellow in the Middle East and North Africa program at the German Organization for Foreign Policy (DGAP) in Berlin. His areas of expertise include Saudi Arabia's social developments and foreign policy. His book, "Auf Sand Gebaut: Saudi Arabien — Ein problematischer Verbündeter" "(Built on Sand: Saudi Arabia — a Problematic Ally), was published in German in 2016.