Saudi Crown Prince Mohammed bin Salman has had members of the royal family arrested. They are accused of corruption. Perhaps he really plans to reform the country — but he may just as well have other reasons. 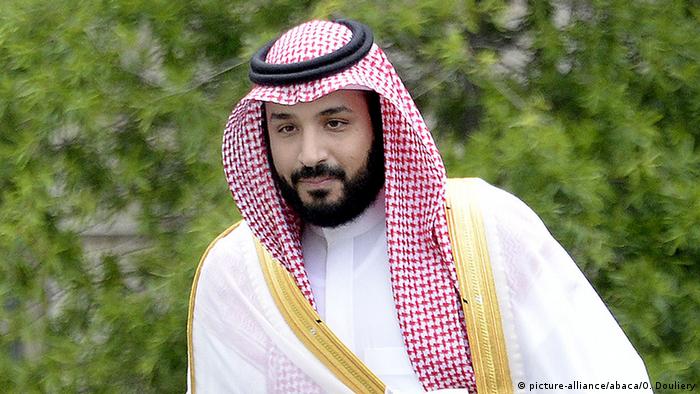 Not everything is going according to plan in the Kingdom of Saudi Arabia. The economy is faltering as oil prices fall. The war in Yemen is a disaster; the country's blockade of Qatar has had little to no effect. Iran continues to expand its realm of influence.

With so few options at present, some have chosen to look toward the future. In a decade or two, Saudi Arabia is meant to shine. A new megacity by the name of Neom is destined to turn the kingdom into a high-tech center and draw investors from all over the world. Crown Prince Mohammed bin Salman, a son of King Salman bin Abdul-Aziz Al Saud, can count on the public's support for his plans to renew the country.

Young Saudis in particular back him, said Sebastian Sons, a Middle East fellow at the German Council on Foreign Relations. "He is in his early 30s, he represents their generation, what he says is unambiguous, and he is self-critical," Sons told DW. "His ambitious plans generate optimism and social dynamics. The people want to participate, move their country forward."

This past weekend, the prince, popularly known as MBS, had several members of the royal family arrested on charges of corruption. It was a startling maneuver that the Al Riyadh newspaper, which is published in the Saudi capital, celebrated as a key step toward economic and social modernization.

Saudi Arabia is on the verge of a new phase, according to the newspaper: "It's all about the principles of serious work, justice and equality for all citizens. There should no longer be any differences between members of the royal family and other citizens." The paper mentions the aim of overcoming the country's dependence on oil by creating a new economy focused on innovation and creativity. "There will be no room for corruption and nepotism," it reads. "By taking that step, the prince showed that no one is above the law."

The question remains, however, whether the prince is sincerely out to fight corruption. It's just as conceivable that, although he may very well be set to become king when his father dies, he might want to get rid of possible rivals, just as a precautionary measure.

"There is no guarantee that if Mohammed bin Salman's father dies or abdicates that the succession will be smooth," Bruce Riedel wrote in a column for Al Monitor over the weekend. "The latest round of arrests only reinforces the sense that the succession debate is more difficult than the king and his son want. The crown prince is now in charge of an anti-corruption task force that looks more like a means to punish his opponents than anything else."

This strategy is not entirely without risk, said Sameh Rashed, of the Cairo-based Al-Ahram Center for Political and Strategic Studies. Rashed told DW that it is conceivable that members of the royal family could close ranks to try to thwart the crown prince. "They don't have as many options as in the past," Rashed said, "but Saudi domestic politics are full of surprises."

It is unlikely that the prince will seek to expand liberties, Rashed said, adding that bin Salman has made an effort to use Saudi Arabia's international woes toward his own agenda. The prince, for example, invokes the perceived threat posed by Iran in order to unite Saudis, Rashed said — or at least most Saudis. "On the domestic front, he will rule with an iron fist," Rashed said, "including against denominations like the Shiites in eastern Saudi Arabia."

Rashed also predicts that the prince will turn against the clerics currently allied with the royal family: "They are unlikely to keep their privileged status."

The prince is paving his path to the throne and clearing it of mines, Rashed said, and he shows no signs of slowing down.

The possibility remains that the prince is carrying out his reforms in earnest. Saudi Arabia needs to modernize, Sons said. "It must draw private investors from abroad," he added: It must make doing business in Saudi Arabia attractive.

That would only be possible by changing the country's image. "So he must present himself as a reformer in the economic sector," Sons said, "but also concerning culture and religion — by telling the world, look, we're not as isolated and conservative as you think."

The crown prince is kicking up dust in the Saudi kingdom. The young people support him; they seem to feel any change is better than keeping the status quo.