As Saudi Arabia relaxes decades-old societal restrictions on women, a documentary by two Saudi women filmmakers features female pioneers. The team shared their ideas on feminism, obstacles, and what the West gets wrong.

An opera performance and a jazz festival were held in Saudi Arabia for the first time this weekend. Changes taking place in the kingdom will increasingly be making headlines over the year as Prince Mohammad bin Salman, appointed heir to the throne in June 2017, is introducing the plan "Saudi Vision 2030," a series of measures to diversify the country's oil-dependent economy.

The reforms also include improving women's rights. For instance, since January women have been allowed to attend sporting events in stadiums, and as of June, they legally will be able to drive cars.

The documentary "A Silent Revolution," which celebrated its premiere in Berlin last week in an event organized by the Film Festival Without Borders, features a series of interviews with around 25 pioneering women in Saudi Arabia, such as some of the first Saudi female athletes at the Olympics, the first woman to become the editor of a national newspaper, the first Saudi Arabian woman to head a United Nations agency, a young woman who's climbed Mount Everest — and many more. 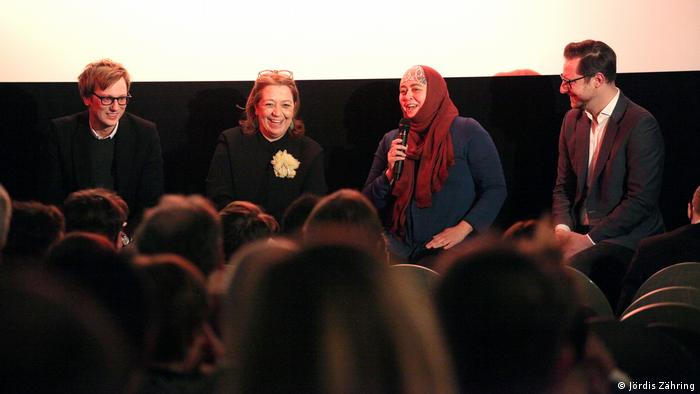 The achievements of these women are inspiring not only for Saudi women but for anyone worldwide. However, the movie avoids directly confronting Saudi Arabia's discriminatory male guardianship system that has imposed so many constraints on women in the first place.

DW met the film's director, Danya Alhamrani, and its producer, Dania Nassief, after the premiere of their documentary. They are the first women in Saudi Arabia allowed to own and manage a company without a male business partner.

Deutsche Welle: How did you become filmmakers and producers?

Danya Alhamrani: I wanted to make films my whole life, ever since I was a child. It took me a long time to get there. Eventually I studied filmmaking in the US and worked in the American industry for a couple of years. Then I realized I might as well start my own company in Saudi Arabia. At the time Danya was a mathematician and a logistics person.

Dania Nassief: I was going to open my event management company and Danya said no, we need to join forces because we're so opposite — she's the creative one. So we started in 2006, and then we fought to get our name on the registration form because there was a policy thing that you need to have a man to manage the company. So we sent a couple of letters to the ministry until we got the permission.

DA: So Danya became the CEO of the company.

DW: Congratulations. Was that a long fight? 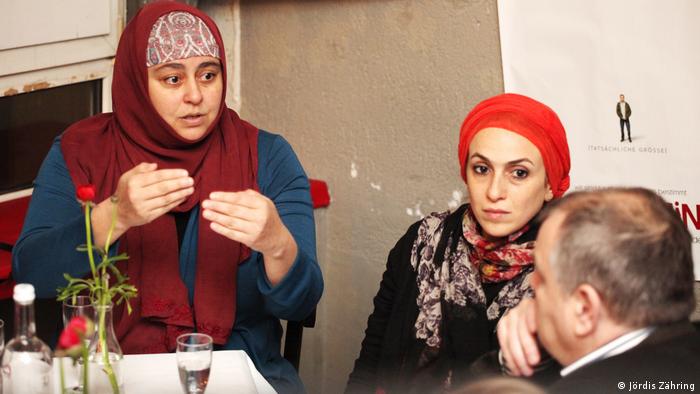 Is this what inspired you to make your film "The Silent Revolution"?

DN: So many things did: working with international companies, including the BBC; noticing how Saudi women were portrayed in the wrong way; having people asking us about our story … We wanted to tell the stories of Saudi women, of the struggles and the obstacles they face along the way.

In the film you show the extraordinary achievements of women who reach the top — literally, in the case of Raha Moharrak, the first Saudi woman to conquer Mount Everest. Since you've produced the film, there are now changes affecting the entire population. Could you tell us more about those?

DA: Something that's really interesting is that because of our segregation in our society, most of these women didn't really go from the bottom up, they actually started straight at the top. So they came in as CEOs, as deans of universities, as heads of their departments, as doctors and things like that, because they were pioneers, they were the first in their field. Because of the segregation, when women were needed in these positions, they came in at the top.

The changes now are affecting people across the board, so they're affecting people at entry-level positions. For most communities who fought for women's rights around the world, they fought because they wanted to join the work force, to join the factories or to be lower entry-level workers. In a way, we did it the opposite way around, we came from the top and now it's starting to trickle down.

The Vision 2030 plan launched by Crown Prince Salman is bound to help improve the situation of many women. What are other obstacles in the way of change?

DN: I don't think there are any obstacles!

DA: [laughs] We get this question all the time — it's such a stereotypical question because this is what your audience keeps thinking. There are obstacles everywhere in the world. Change is inevitable in the world. This is evolution. It's just interesting how people look at it as these "big obstacles" that we need to overcome, but it's rather there have been obstacles and there will be more — but we're just going through with our lives.

DN: I feel that Western countries want us to look like them, without a headscarf, living their lifestyle. This is not necessarily something that we want. We have a different culture; we have a different family structure. We cover for religious reasons; it's not forced on us by our family or by the government. It's a choice.

Women will be taking the wheel this year. When you were young, could you have imagined that women would be driving one day, or is it something you didn't really think about?

DA: Driving was never an issue. We never cared about it!

DN: Maybe the driving was a hot topic for some women; others were happy that women were allowed to attend a football match. Different things are affecting different women.

I believe there are many things to be angry about concerning women's rights, not just in Saudi Arabia but worldwide. Yet your film, and the way you're describing things now, is very positive, making it sound like everything is simply bound to change, that it's easy…

DA: No it's not easy. There are going to be obstacles for sure. There was cultural pushback. Once women started going to school, they wanted to make sure that they didn't do something that could anger the ultra-conservatives. Some people got death threats. I'm not saying there aren't obstacles. It's just that now we've come so far that I don't know how relevant these obstacles are today. Maybe that's being naive, but it's not something that we're encountering in our daily life, so it's hard to think about what these obstacles could be. The reality is that we're just living like anybody else.

This question is perhaps naive as well, considering the topic of your film, but do you see yourself as feminists?

DA: I don't know … I definitely support women. I believe in equal opportunities for women, 100 percent. Is that feminism? It might be. This is one of my favorite lines in the film, it gives me shivers every time: "I don't know if I'm becoming a feminist or not, but women in this country are powerful, and they are powerful because they endure." That is true everywhere.

Now that cinemas are reopening in Saudi Arabia, will this film be shown in the country?

DA: We hope so, it would be great! But they might focus on mainstream films. Documentaries aren't as popular.

DW is a media partner of the Film Festival Without Borders.

At the competition of the Venice Film Festival 2022, many directors are telling stories of women. Their perspectives are new, radical — and show a female view of the world.