Samsung TV data protection court case in Germany is a wake up call from the past | Science | In-depth reporting on science and technology | DW | 18.05.2016

There's no let up among German consumer rights organizations who want technology firms to respect privacy and data protection laws. This week, Samsung's in the dock over one of its Internet-enabled TVs. 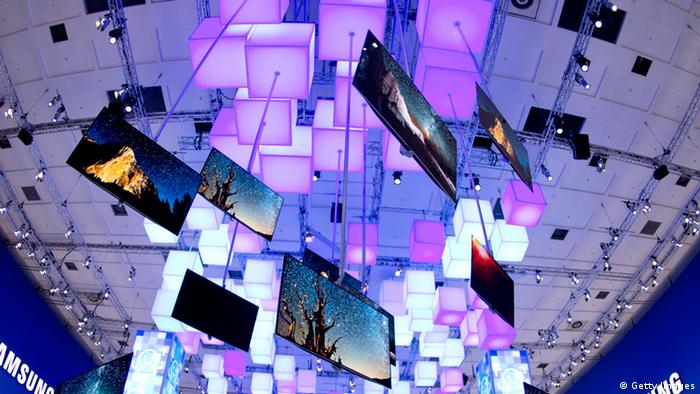 Alas, we should have seen it coming - if only we'd been watching the screens that have so clearly been watching us. Even before this age of networked TVs and near permanent connectivity the future was well written - way back in 1975 in John Brunner's novel, "The Shockwave Rider."

Reading the science fiction classic today, you would be forgiven for thinking Brunner had a Samsung smart TV and the year was 2057.

This is a novel in which the protagonist, Nickie Haflinger, has inhabited numerous coded personalities, including that of a priest. A child who comes to him can't confess, because the confessional booth is wired - "the secrecy of the confessional doesn't apply when you're talking to a microphone." It's "science in the service of morality" - and almost everything is decided on statistics and controlled by computers.

The point is the characters are under constant surveillance in their "plugged in lifestyles" - and a "low-grade paranoia" pervades because "people know that people they don't know can find out things about them they'd rather keep quiet."

George Orwell's "1984"? Dave Eggers' "The Circle"? Forget it. This is worse. Here, the level of intrusive surveillance goes deeper.

"It isn't knowing that the machines know things about you [...]," says another character, Ina Grieson. "It's not knowing what the things are which they know." 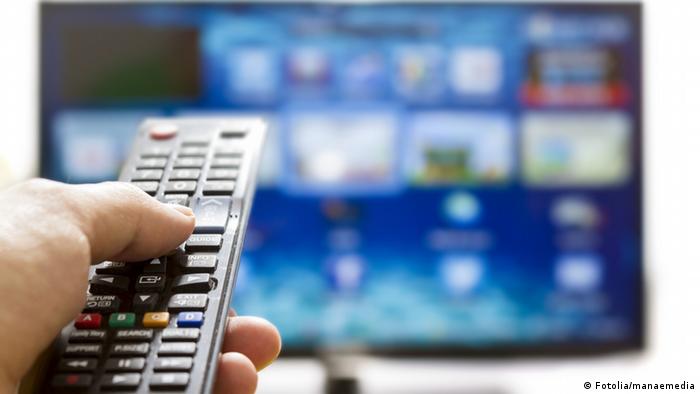 Mind which buttons you press - your TV sees and hears everything

And it's exactly this, which Samsung, a consumer electronics company based in South Korea, and its UE40H6270 television are charged with - collecting private data without prior consent, and without clearly stating what's being collected and when.

Samsung has previously faced anger in the US over its televisions capturing and transmitting "spoken words" through a voice command function. You say: "Football." And it shows you football. But remember: the microphone is always on.

Now, a German consumer protection organization in the state of North Rhine-Westphalia (NRW) accuses Samsung of harvesting data unbeknownst to the user.

The Verbraucherzentrale NRW says Samsung's UE40H6270 television, an Internet-enabled device, transmits sensitive data as soon as users connect it to the Net. This includes the user's IP address, which, theoretically, means Samsung could identify them. The consumer group wants an anonymous setting as the default.

A first hearing date has been set for this case on Thursday (May 19) at a regional court in Frankfurt.

They are calling it a "test case." It feels more like they want a show trial.

Watching us watching them

The Verbraucherzentrale NRW says the surveillance of our TV viewing habits is enabled by Hybrid broadcast broadband TV (HbbTV) technology.

It's an industry standard used by broadcasters to offer additional content via a red button on the remote control.

When you hit the red button, your TV transmits data. It could be data about the show you've chosen, the time of day, or whether you watched it to the end. 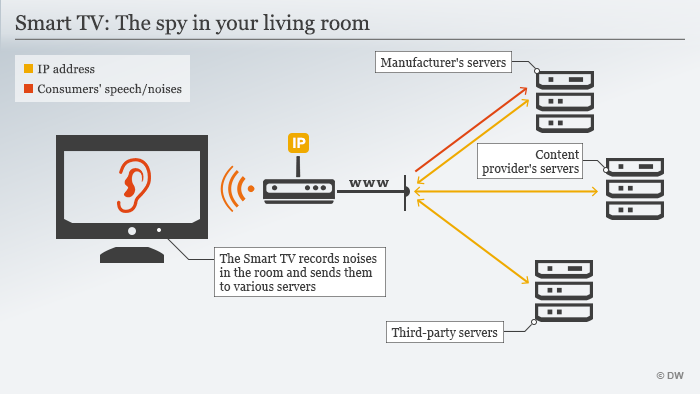 "Samsung must inform users about the data it collects and how it is used in clearly written data protection terms and conditions," the consumer group said. "The standard setting should always be the most data protection-friendly."

Sure, it's a problem when companies collect potentially sensitive data without our knowledge or consent. It's a big problem.

This particular case is reminiscent of moves this March by the German Federal Cartel Office against Facebook. The cartel office similarly accused Facebook of abusing its market dominance with unclear terms and conditions and thereby infringing data protection rules.

"Dominant companies are subject to special obligations," the president of the German Federal Cartel Office, Andreas Mundt, said. "These include the use of adequate terms of service as far as these are relevant to the market."

And like Facebook, Samsung is a dominant company. Speaking of dominant players, you surely can't leave out Apple. 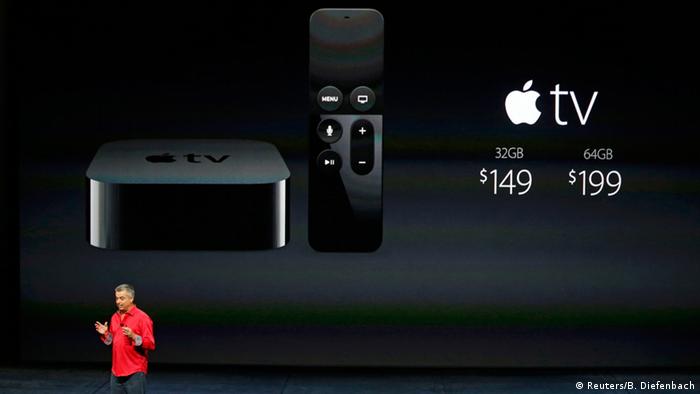 Check the default settings. If it's set to "auto-update," Apple's TV box will do just that

The other year, I bought an Apple TV box as an experiment. It's fine as it goes. But I leave it unplugged whenever I'm not using it, which is almost always. Am I paranoid? Well, one night, while watching a dusty old DVD, I noticed a light flashing on the little black box. I thought, "That's weird, I'm not even using it." I paused the DVD, flicked over, and found the Apple TV installing a software update. Without my explicit knowledge. I knew I'd have little chance arguing my point with the people of the Infinite Loop [Apple's HQ], so I did the one thing I could: I got up and pulled the plug.

We want this connectivity

But the problem is that we - the so-called "users" - are not being entirely honest with ourselves, are we? We know this is happening, and yet we send signals that say we want this connectivity.

Whether it's smart TVs, networked cars, smartphones, watches or other wearables - this thing they call the Internet of Things (IoT) - we want it all. Our consumer habits - every click and every swipe - prove it.

It's perhaps more accurately described as an Internet of People, or as philosopher Michael P. Lynch puts it, "The Internet of Us," but we fuel it with our data.

Give it five years, or ten at the very most, and it won't be our devices that are connected - who will need devices? We will all be the network, connected via implants or bodily organs modified before birth. Soon enough they will be coded into our DNA.

To me this means two things. One, no company should seek to own our data. Even if their products are free. No one forces them to offer free services. And no one is forcing you to use them. But two, if they do take our data, we should grab it back.

Have we cut a Faustian pact with network providers and content platforms, relinquishing privacy for the pleasures of a "fingertap of desire"? Maybe. But Internet expert Monica Horten says it's not too late. (08.04.2016)