Internet under threat: How the closing of the Net is within a ′fingertap of desire′ | Science | In-depth reporting on science and technology | DW | 08.04.2016

Have we cut a Faustian pact with network providers and content platforms, relinquishing privacy for the pleasures of a "fingertap of desire"? Maybe. But Internet expert Monica Horten says it's not too late. 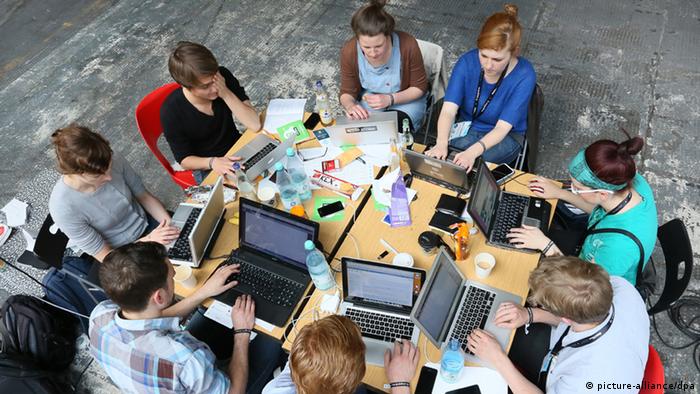 DW: A running theme in your book, "The Closing of the Net," is that of "structural power" - the power that network providers and content platforms wield over governments and ordinary folk who use the Internet. It reads like a very dark, thriller-esque struggle… How bad are things really?

Dr. Monica Horten: We are already seeing many calls for restrictions on the Internet. And one light-weight example is Donald Trump. Amid Trump's other sayings, he [has said], "Why don't they close that damn Internet up?"[Trump, speaking in December 2015, said: "We have to see Bill Gates and a lot of different people that really understand what's happening, we have to talk to them, maybe in certain areas closing that Internet up in some way…" - the Ed.]

What he meant was, why don't they put restrictions on the Internet, because it is used by terrorists. And he is not the only one making that kind of call.

There are others who are calling for restrictions for different reasons - an obvious one is copyright enforcement, where there are calls to block websites or disconnect users, and there are other agendas too.

But you can see the point: Everyone wants to be protected against terrorism, and those people who produce copyrighted material, writers such as yourself, or musicians and filmmakers, they want to get paid...

You've got to separate the two arguments. You've got to separate the policy problem from the call for restrictions. One reason is that any restriction on Internet content potentially engages the right to free speech. That doesn't mean every piece of speech has a right to be there, and nor does it mean it can never be restricted. But it does mean if you want to restrict someone's free speech, you have to consider the need for it in legal terms, you have to consider the necessity and the proportionality of the restriction. That's a very important principle in European law. It is covered by the European Convention on Human Rights [Article 10]. 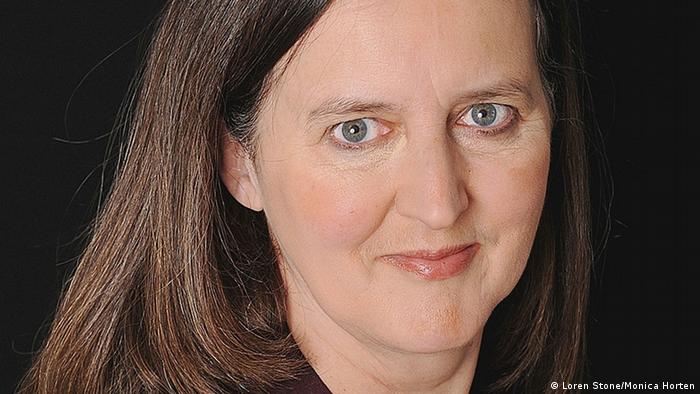 Horten: If the Internet closes, it will happen bit by bit

It's also very important if you want to deal with people's safety to allow these issues to be debated freely in a democratic society. So while we deal with one policy agenda, we mustn't start to infringe on our right to free speech.

So are arguments being conflated? Are we losing sight of the fact that the content platforms and network providers, who have their commercial interests, are using these other interests to make things look nice?

Yes, and that's the other part of the argument. This is where I came up with the idea of the "fingertap of desire." If you look at your smartphone screen, it is a tiny, little screen. It is smaller than the traditional postcard, and yet that is how we get all of our information - our news, entertainment, and personal communications. So whoever controls the access to that tiny screen has tremendous amounts of power.

There's a lot of lobbying in Brussels, as you describe - for instance, the dogged lobbying that German MEP Jan Philipp Albrecht has faced. And one of the ways corporations exert pressure is by saying that regulation of the industry will harm their ability to innovate. When they talk about innovation are they talking about new technology or new business models? 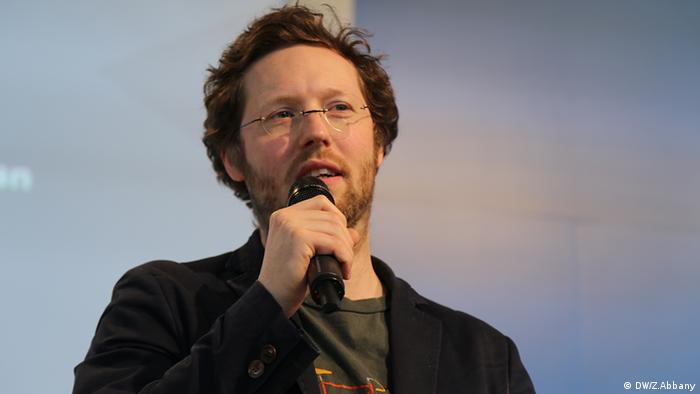 It depends who's saying it. The network providers think of innovation in terms of the services they offer and that they can charge for. When you whittle it down to what they [or ETNO, the European umbrella association of telecoms operators] actually mean is the ability to deliver television services and voice telephony over their IP [Internet protocol] network, rather than their previous technologies.

You also mention surveillance and there's a lot of debate around that now - in the UK with the Investigatory Powers Bill, and opposition to encryption. Can Europe find common ground on these issues?

Yes, I think it can, because I think ultimately all governments will look at this in a very similar way. If they have suffered a terrorist attack, they will understand why governments need to get access to certain pieces of information - and that that will be available in electronic form - but that, on the other hand, governments need to respect the privacy of individual citizens and that there needs to be a system of oversight.

So in the final analysis, is it too late to keep the Internet open?

I don't think the gates are going to slam shut, and suddenly we have this closed regime. If it does happen, it will happen piecemeal, bit by bit. But in a way that is more worrying, because if you're not looking out for that you could find it happens so gradually that we don't realize it, until one day we find we can't do things anymore. But it's not too late. The important thing is that we have public debate and improve the public understanding of the issues so we can get more people contributing to that debate, and then we have a good chance to resolve this.

Dr. Monica Horten is the author of "The Closing of the Net" (Polity Press, 2016). She is a Visiting Fellow at the London School of Economics and Political Science. She has served as an independent expert for the Council of Europe on the issues of cross-border flow of Internet traffic and Internet freedom. In 2013, she published "A Copyright Masquerade: How Corporate Lobbying Threatens Online Freedoms."

The US Justice Department has dropped its court case with Apple after successfully accessing data on an iPhone used by one of the San Bernadino shooters. Apple had refused to hack the phone. (28.03.2016)