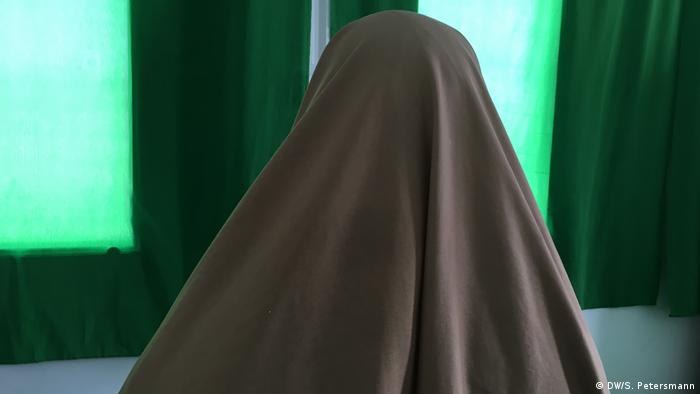 The memory comes back to her with certain smells. The smell of fire. The smell of sweat. Fardowso begins to tremble because she cannot forget what those men have done to her.

Fardowso means heaven - it's not her real name. It is the name she has chosen to stay anonymous.

"They took everything away from me. My husband. My body. My dignity. My home", she whispers with tears in his eyes.

When memories overwhelm her she feels like screaming, but she presses her hands over her mouth instead, because she does not want to frighten her four children. The oldest is ten years old, the youngest eight months. Fardowso is raising her two boys and two girls alone.

'They shot my husband'

"At home there were many fights over land and pasture because of the drought. There was a gunfight between my clan and another clan. They shot my husband and burned down our village," she says. The flames devoured everything. The new widow had no choice but to flee with her children.

Violence between rival clans in Somalia is part of everyday life and has been ongoing for decades. Many men carry weapons. In times of drought when animals die and resources are scarce, armed conflicts increase.

Fardowso comes from an area controlled by al-Shabab extremists. The radical Islamists have banned aid agencies from helping people. There are currently over six million people in need of humanitarian assistance in Somalia - about half of the population. Asked whether she will ever return home, Fardowso, fully veiled, answers the question with a loud and adamant "no, impossible!” 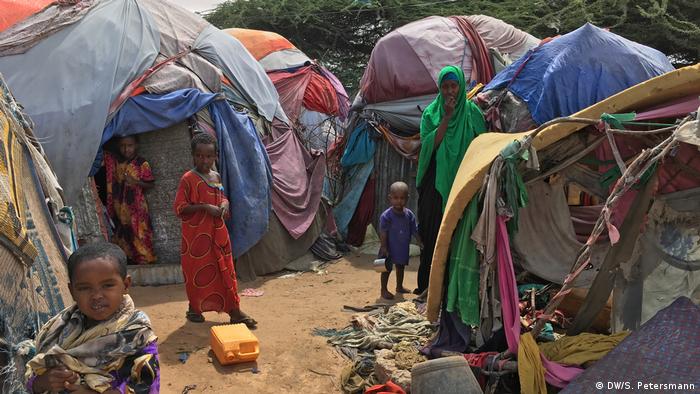 People were in earshot when she was raped, but people are too afraid to help, Fardowso said

After the attack on her village she ran for her life and took her children to Mogadishu. They walked for days under the cover darkness and eventually reached one of the overcrowded refugee camps on the outskirts of the capital.

After nearly three decades of conflict and recurring droughts, Mogadishu is home to many thousands of internally displaced people. Countrywide there are more than one million Somalis who have become refugees within the borders of their own country. Many might never return home like Fardowso.

Raped where she was supposed to feel safe

Haltingly, she recalls the night of her attack. Fardowso had managed to build a small round hut with branches, plastic sheeting, metal scraps and old fabric as is common in most of the camps. The huts are tightly squeezed next to each other, there is no privacy.

Fardowso was half asleep and bundled next to her children as night was falling. Suddenly at least two men pulled her halfway out of her hut, she says. They took turns raping her.

"As they did this to me, I screamed for help. The men then threatened me with knives and cut me. I resisted, but no one came to help me," she says. "They just carried on."

Fardowso bares her back and shows the scars of the injuries her rapists inflicted on her with their knives. She says she does not know whether the perpetrators were militiamen or police or maybe refugees like herself.

After the men left her, bleeding, Fardowso crawled back into her hut to calm her terrified children. Why did nobody help her?

"At night everybody just hides in their huts, because everybody is afraid. Nobody wants to get into any more trouble," she concludes.

The next morning she took her children to a different camp where she happened to come across female social workers from the Somali Red Crescent Society. Still in visible pain, they took her to a nearby clinic of the International Committee of the Red Cross where her wounds were treated. Fardowso was then able to wash herself. 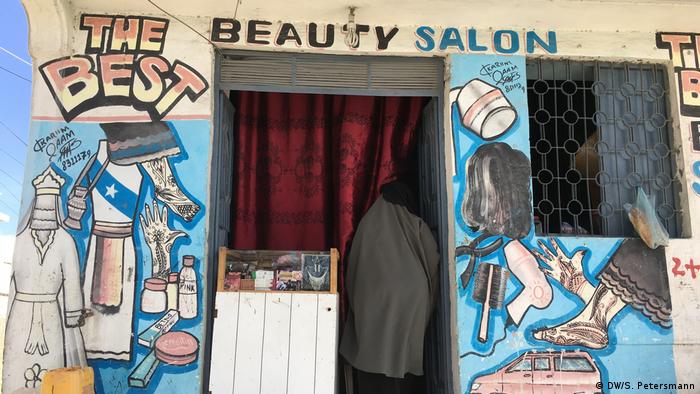 After confiding in a female doctor, she was given a pill to prevent pregnancy and antiretroviral drugs to protect her from HIV/AIDS.  She was also offered psychosocial support to talk "about what had happened" - Fardowso never uses the word rape.

At first she refused because talking about sex and sexual violence is a taboo in Muslim majority Somali society. Now she has become a regular visitor of the little clinic and enjoys the comfort of other women.

"I want to continue to live alone with my children. I don't want to be with a man anymore. I will cook for other people and do their laundry to earn money. My eldest son now visits a traditional Quranic school. They reduced the costs from five dollars to three because I am a widow," she says.

No police. No law enforcement. No justice. Fardowso cannot expect any help from shattered Somali state institutions. Somalia has plunged into deep misery and hasn't had a stable government since long time dictator Siad Barre was ousted from power in 1991.

There is now a substantial international effort under way to rebuild federal state structures, but most resources go into fighting the resilient Islamist insurgency led by al-Shabab which controls significant swathes of territory.

The United Nations Children's Fund (UNICEF) has recorded more than 900 cases in the areas where the organization is free to work for the month of June 2017 alone. The figures are most likely much higher as only very few women dare to speak up.

Many of the areas where fighters use sexual violence against women as a weapon of war are not accessible for humanitarian workers. A study by the human rights organization Human Rights Watch (HRW) from 2014 notes that most Somali men do not regard rape as a crime but as "something normal between men and women."

There is a rampant culture of impunity. HRW has documented the case of a woman who sought help at a police station in Mogadishu where she was raped again. Somali soldiers and troops of the African Union who are in the country to protect the population have also repeatedly been accused of sexual violence and rape.

The United Nations in 2012 documented at least 1700 rape cases in the refugee camps in Mogadishu. In 70 per cent of these cases the rapist wore a uniform.

World in Progress: Dire need of food & peace in Somalia