A 10-hour siege by al-Shabab militants at a hotel in the Somali capital Mogadishu has ended. At least 23 people were killed, including government officials. 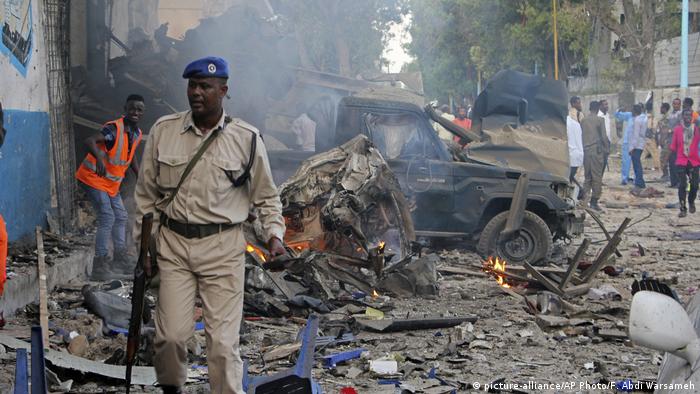 At least 23 people were killed and dozens more injured in coordinated bomb attacks at a hotel in the Somali capital Mogadishu on Saturday.

The attack started with a suicide car bomb detonated outside the Nasa-Hablod 2 Hotel, which is popular with government officials and located near the presidential palace. Two more blasts were heard in the area, with one reported as a suicide bombing.

"Three militants were captured alive and two others blew up themselves after they were shot," police officer Major Mohamed Hussein said.

A government minister and a cleric were among some 30 people rescued.

Among the dead were a former deputy minister for livestock and a senior police official. 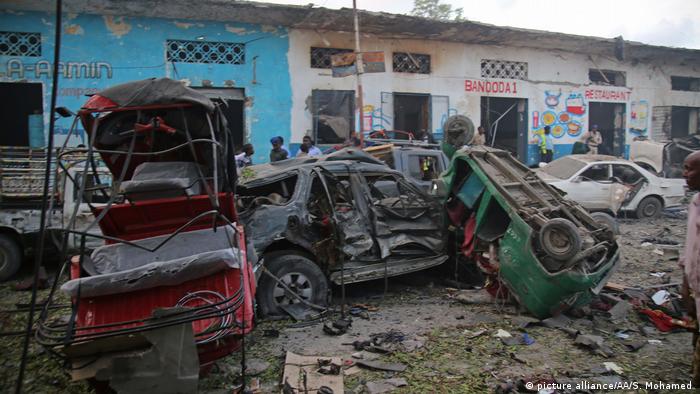 The blasts came just two weeks after a major attack, which killed more than 300 people

The al-Shabab extremist group claimed responsibility for the attack and confirmed that its fighters were inside the hotel. The al-Qaida affiliated terrorist group has repeatedly targeted high-profile areas of Mogadishu over the years, including an attack in June 2016 on the sister hotel of the Nasa-Hablod 2, which saw 11 people killed.

Saturday's blast comes two weeks after more than 350 people were killed in a massive truck bombing on a busy Mogadishu street in what has been called the country's worst-ever attack.

Since that attack, Somali President Mohamed Abdullahi Mohamed has vowed to eradicate the group, which is seeking to establish an Islamist state in Somalia. There has also been an unprecedented outpouring of public anger in the wake of the attack, with tens of thousands of people taking to the streets calling for al-Shabab to be wiped out.

President Mohamed said the new attack was meant to instill fear in Somalis who united after the October 14 bombing.