Russian dissident Alexei Navalny has been moved from a penal colony to a hospital in another prison, officials say. Brussels says it would hold Russia responsible if Navalny dies. 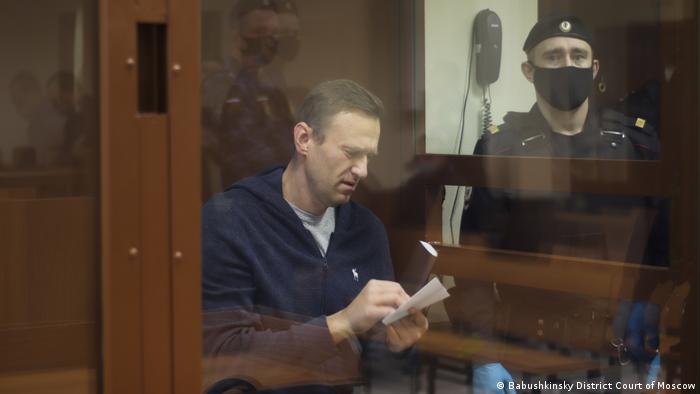 The 44-year-old's doctors warned he could die 'any minute'

The Russian state penitentiary service (FSIN) on Monday said it had decided to move opposition leader Alexei Navalny, currently in his third week of a hunger strike, to a hospital for prisoners.

The statement said Navalny's condition was considered "satisfactory" and that he had agreed to some nutritional treatment.

"The patient has given his consent that vitamins be prescribed to him," the statement read.

Navalny was held at a prison colony known for its harsh discipline in the town of Pokrov some 100 kilometers (about 60 miles) from Moscow.

The FSIN said he was being moved to a hospital for convicts at another penal colony in the city of Vladimir that was specialized in "dynamic observation of such patients."

Vladimir Ushakov, executive director of the Anti-Corruption Foundation and an ally of Navalny, told DW that the hospital he has been moved to "is used as a tuberculosis ward ... so it's really inadequate medical care for him."

"Our demand for an independent physician to see Navalny and for him to get proper medical care still stands," Ushakov said.

What is wrong with Navalny?

The Kremlin critic's own doctor has previously warned that Navalny could die "any minute."

The medics say test results received from his family show sharply elevated levels of potassium — warning that this could lead to cardiac arrest. The 44-year-old is also a risk of kidney failure, they say.

He was said to be suffering from a heavy cough, with several inmates in his unit recently diagnosed as having tuberculosis. A magnetic resonance imaging (MRI) scan also reportedly shows that Navalny has two herniated discs in his back.

Navalny began refusing food on March 31, in protest at what he claimed was a lack of proper medical treatment for his leg and back pain.

The dissident's team said that he had lost weight even before the hunger strike due to sleep deprivation.

Navalny only barely survived a poisoning attack with the Novichok nerve agent last August. His doctors say his hunger strike may have further worsened his condition.

What is the EU saying?

"We make the Russian authorities responsible for the health situation of Mr. Navalny," Borrell said ahead of a virtual meeting by EU foreign ministers, which he said would also discuss the "very dangerous" situation around a Russian troop buildup at on the border with Ukraine.

Borrell had on Sunday said the bloc was "deeply concerned" that Navalny's health "continues to deteriorate even further."

"We urgently demand that Alexei Navalny receive adequate medical treatment and access to doctors he trusts. His right to medical care must be granted without delay," Maas told German mass-circulation daily Bild.

French Foreign Minister Jean-Yves Le Drian warned that Russia must be held "responsible" for Navalny's health, and that the expansion of sanctions could follow. 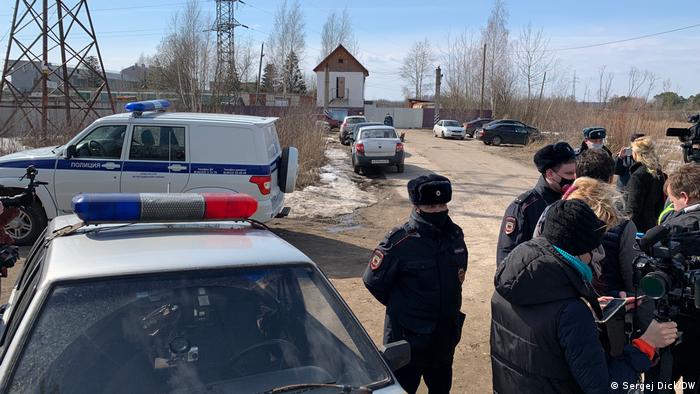 Navalny has been serving his prison term in Pokrov, a penal colony known for its harsh treatment on inmates

US President Joe Biden's administration on Sunday said the US government had told Russia that "there will be consequences" if Navalny dies in prison.

"The health of convicts in the Russian Federation cannot and should not be a topic concerning them," said spokesman Dmitry Peskov.

Why is Navalny in prison?

Navalny was arrested on January 17 at Moscow's Sheremetyevo airport where he had arrived on a flight from Germany.

He had spent five months away from Russia while recovering from a poisoning with the nerve agent Novichok, which he blames on the Kremlin.

It was alleged that the time he spent in Germany violated a suspended sentence he was given for a money laundering and fraud conviction.

The 44-year-old was ordered to serve three-and-a-half years in prison for the supposed violation.

Navalny's arrest and detention sparked protests throughout the country on two weekends in January, in which about 10,000 people were reported to have been arrested.

A previous version of this article stated that Navalny has been moved to a hospital. The article has now been amended to clarify that the hospital is part of another penal facility.

As Alexei Navalny's health deteriorates, German lawmakers have called on the Council of Europe to look into the conditions of his imprisonment in Russia.

Some 200 people, including scores of opposition politicians, were detained during a meeting in Moscow. The police claim participants were breaking COVID-19 rules.