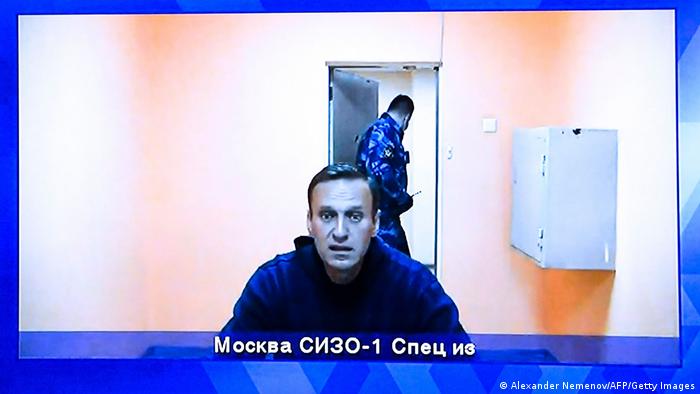 Alexei Navalny's aides said Monday that prison officials are "threatening to force-feed him."

The prominent critic of Russian President Vladimir Putin began a hunger strike last month. He said that authorities at the penal colony where he is being held had refused him proper treatment for acute back pain.

What did Navalny's allies say?

According to his team, Navalny now weighs just 77 kilograms (169 pounds), a drop of 15 kilograms since he arrived in prison in February.

"Seeing the seriousness of the hunger strike, the administration is threatening every day to start force-feeding," they posted on his Twitter account.

They also said Navalny, who last week reported having a cough and fever, had been transferred back to the prison barracks from its infirmary.

However, prison administrators "are still not allowing an outside doctor to see him."

Allies of the jailed dissident use Twitter to provide updates based on information received from his lawyers who regularly visit him. What do the authorities say about Navalny's treatment?

Russian officials counter that they have offered him proper treatment, but that he has refused it. They insist that he wants to be treated by a doctor of his choice from outside the facility, a request they have declined.

The Kremlin has insisted Navalny's celebrity does not entitle him to any special treatment in prison.

Navalny is imprisoned in a penal colony in the town of Pokrov, 100 kilometres (60 miles) east of Moscow, 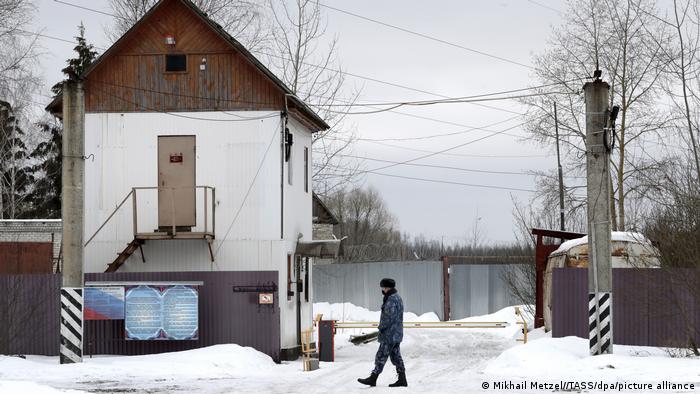 An outside view of Penal Colony No 2 where opposition leader Alexei Navalny is serving his sentence.

He was later arrested in mid-January after returning to Russia from Germany, where he had been treated for the poisoning.

A Russian judge sentenced Navalny to two and a half years in prison on old embezzlement charges.

Russian opposition figure Alexei Navalny is suffering poor health as he serves a prison sentence in a penal colony. He survived a poisoning but was jailed for not checking in with police while recovering in Berlin.

Jailed Russian opposition figure Alexei Navalny has announced on social media he will go on hunger strike until he receives proper medical treatment.