The Swedish military has announced another close call between a Russian military aircraft and a passenger airline. The latest incident comes amid growing concerns over Russia's increasing military activity. 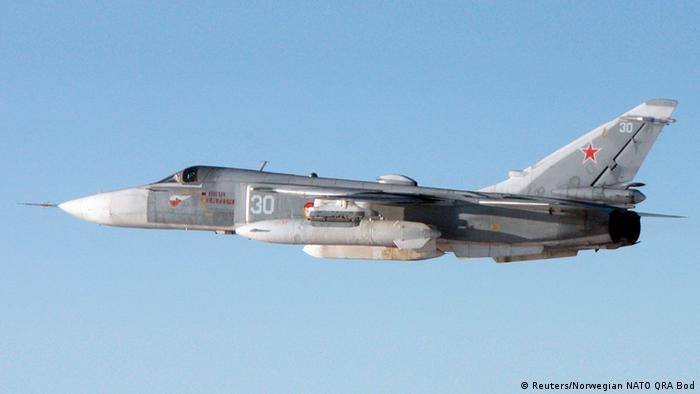 The Swedish military said on Saturday that a Russian military jet had nearly collided with a commercial passenger plane.

The flight had taken off from Copenhagen International Airport in Denmark shortly before the incident occurred south of Sweden's Malmo on Friday.

"We have confirmed through the Swedish Defense Ministry that the aircraft was Russian," Johannes Hellqvist, a spokesman for the ministry, told AFP news agency.

"This is serious. This is inappropriate. This is outright dangerous when you turn off the transponder," Swedish Defense Minister Peter Hultqvist said on Swedish radio, according to the Associated Press. He said the plane had been identified as a Russian intelligence plane.

Though it was a close call on Friday, it was not as close as an incident which occurred in March this year when a Russian plane came within 100 meters (300 feet) of a Scandinavian Airlines passenger jet which had taken off from Copenhagen. The Russian plane had its transponder off as well and a fatal collision was only avoided due to "good visibility" and "the alertness of the passenger plane's pilots," a report published in November found.

Europe has seen an increase in Russian military activity amid the war in Ukraine and Russia's role in it.

On Thursday, Poland's Defense Minister Tomasz Siemoniak said he was concerned by the extent of Russia's military activity over the Baltic Sea. "For a few days now, there has been unprecedented Russian activity, from its Baltic fleet to flights over the Baltic Sea," Siemoniak said, adding, "We are not under threat of an attack. These activities don't have the character of preparing for an attack."

Last month, Russia announced it was planning to send long-range bombers on patrols over North American waters, including the Gulf of Mexico. Russian Defense Minister Sergei Shoigu made the announcement amid fresh NATO accusations of Russia sending troops and tanks into eastern Ukraine to prop up pro-Russian separatists.

"In the current situation, we need to secure our military presence in the western part of the Atlantic, eastern part of the Pacific oceans and the waters of the Caribbean and Gulf of Mexico," Shoigu said, adding that the Russian planes would also conduct reconnaissance missions and monitor foreign powers' military activities and communications.

At the end of October, NATO accused Russia of flying "provocative" routes into European airspace, saying on October 29 that a total of 26 Russian military aircraft, including nuclear bombers, fighters and tankers, had been intercepted within a 24-hour-period in NATO airspace.

A report published by the London-based think tank European Leadership Network in November said the number of potentially dangerous military incidents involving Russia and the West had grown since the Ukraine crisis erupted early this year.

The report, entitled "Dangerous Brinkmanship - Close Military Encounters Between Russia and the West in 2014," listed a total of 45 incidents, including three classed as "high risk" and 11 others as "serious incidents with escalation risk."

Spike in Russian military activity is about more than Ukraine

A new study details the rise in close encounters between Russian forces and the West this year. The increase coincides with the Ukraine crisis, but it would be wrong to view it only in the light of recent events. (10.11.2014)