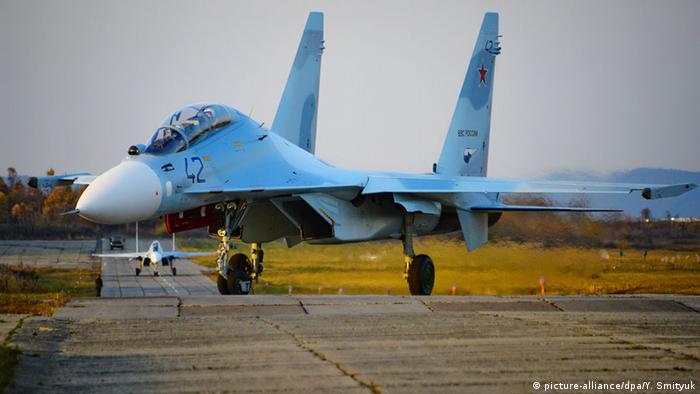 A total of 26 Russian military aircraft had been intercepted within a 24-hour period over the Baltic Sea, the North Sea/Atlantic Ocean and the Black Sea. Among the aircraft were nuclear bombers, fighters and tankers.

"These sizeable Russian flights represent an unusual level of air activity over European airspace," a spokesman for the organization said in Mons, Belgium.

In some of the cases, Russia had not sent maneuver details, or the aircraft had not kept radio contact with air traffic controllers, NATO said. The flights could thus pose a potential risk for civil air travel.

Though Russia had not violated NATO airspace - unlike last week when a spy plane crossed into Estonian airspace - such a high number of sorties were rare in one day, NATO said.

"We see Russian aircraft near our airspace on a regular basis," a Norwegian military spokesman said, adding, "but what was unusual is that it was a large number of aircraft and pushed further south than we normally see."

NATO has said there have been over 100 intercepts of Russian aircraft in 2014 so far. This is around three times more than last year.

"Scrambles and intercepts are standard procedure when an unknown aircraft approaches NATO airspace," the organization said.

Meanwhile, Russia said on Wednesday that France was still due to complete the delivery of a warship on November 14, despite a large amount of pressure from France's Western allies over Russia's role in the Ukraine crisis.

Russian news agencies reported the Russian Deputy Prime Minister Dmitry Rogozin as saying, "From the point of view of the technical fulfillment of the contract, everything is going to plan … As concerns the political decision, we think that France has to defend its reputation as a reliable partner."

According to a tweet by Rogozin, picked up and reported by the Reuters news agency, the Vladivostok helicopter carrier - the first of two warships to be sent by France - was ready and waiting to be transferred from the Saint Nazaire shipyard.

The manufacturer, DCNS, of which the French government owns over 50 percent, denied that a date had been set. A spokesman for the group said it was waiting for government approval to export the carrier, so no delivery date could "therefore be confirmed at this stage."

French Defense Minister Jean-Yves Le Drian said yesterday, according to AFP news agency, that a decision on whether or not the warships would be delivered would be made by the president in November.

In 2011, Paris agreed to sell two state-of-the-art assault ships to Moscow for $1.2 billion.

However, regarding Moscow's involvement in the crisis in the east of Ukraine following the Russian annexation of Crimea in March this year, the office of French President Hollande announced on September 4 that conditions "were not in place" for the delivery of the warships.

This month, he reiterated the requirement that the ceasefire between Kyiv, Moscow and pro-Russian fighters in Ukraine needed to be "completely respected" before Paris would deliver the order.

Ukraine's pro-Western parties have begun coalition talks after securing the most votes in Sunday's parliamentary elections. The new government is tasked with quelling a pro-Russian insurgency in the country's east. (27.10.2014)

Moscow has restricted the import of animal fats from the EU after a number of products failed to meet hygiene standards. Russia has already banned most food imports from the 28-member bloc over the Ukraine crisis. (20.10.2014)