President Vladimir Putin has said the reactor on a fire-damaged, nuclear-powered submarine had been isolated and was still working. The 14 sailors died as they were surveying the sea floor near the Arctic three days ago. 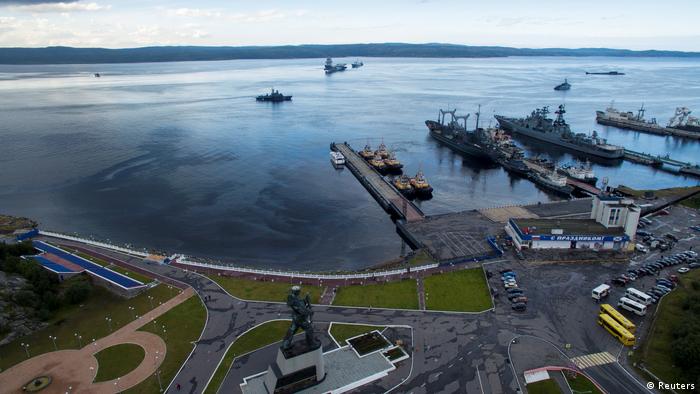 Russian President Vladimir Putin said Thursday that the defense minister had assured
him that the stricken submarine's nuclear reactor had been contained.

"...The Nuclear reactor on the vessel is completely isolated and unmanned. All the necessary measures were taken by the crew to protect the reactor which is in complete working order," Defense Minister Sergei Shoigu told Putin, according to a Kremlin transcript.

"It's a huge loss for the navy — and for the military overall," Putin said in a televised meeting with Shoigu on Wednesday. Sitting across from each other in the Kremlin, the two men discussed the 14 navy personnel killed in a fire on a deep-sea vessel near Severomorsk.

The Ministry of Defense didn't report the incident until the day after it happened. "On July 1, a fire broke out during bathymetric measurements on a scientific research deep-sea submersible," the ministry said in comments carried by state media. "Work is underway to establish the cause of the incident." The head of the navy is now personally in charge of the investigation. State television didn't report the story in their news bulletin until several hours after the Defense Ministry statement.

On Wednesday, another day later, Shoigu officially announced that while 14 members of the crew had died, "the remaining people could be saved." But he didn't say how many crew members were actually on the vessel during the fire. Kremlin spokesman Dmitry Peskov has said it is normal that details of the accident cannot be made public, "There is some information that belongs in the category of state secrets." 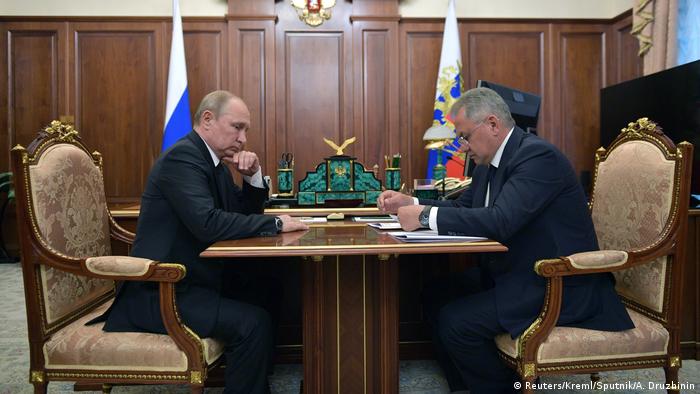 Locals in Severomorsk and nearby Murmansk told DW that they, too, were getting their information about the incident from the media. Shortly after reports about the fire first surfaced, both Russian daily RBC and the Novaya Gazeta newspaper cited sources saying that the accident had taken place on a submersible called the AS-12, also nicknamed "Losharik" after a Soviet cartoon. The vessel can reportedly have up to 25 people on board. There are very few photos of the AS-12. It is a small nuclear-powered submarine that can go to extreme depths for research and special operations. According to media reports, the submarine can possibly be used to tap into, set up or even sever underwater telecommunications cables.

The submarine has now been returned to the navy base, according to Russian officials. But there is no information about how the fire broke out on board. Norway's radiation authority said on Tuesday that Moscow had informed it about a gas explosion on a Russian vessel. But Russia's Defense Ministry strongly denied that claim.

Putin said that seven of the 14 victims on board the submarine were Captain First Rank officers, the most senior officers in the Russian navy, and that two of them had been awarded the prestigious title of Hero of Russia. It seems rather unusual that such high-ranking officials would have been on a scientific mission to study the sea floor off of the northern coasts of Russia and Norway, as the Defense Ministry has claimed. 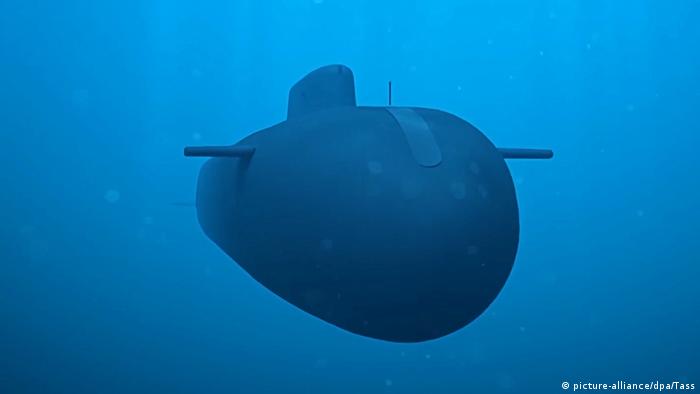 No getting to the bottom of things

According to military experts, it would be unrealistic to expect much information about the accident or the mission to be made public in the course of the upcoming investigation.  "The most we can expect to find out is the names of the dead," independent military analyst Aleksandr Golz told DW, adding that a fire on a submarine can break out for "hundreds of reasons."

Golz did, however, point out the unusually high rank of the personnel on board. Captain First Rank officers "usually command hundreds of people," he said, and have most likely served in the navy for no less than 25 years. "That means that the actions they were carrying out [when the accident happened] were so difficult that they require the experience of such a commander," Golz said, refusing to speculate on the mission's potential nature.

Viktor Baranets, a veteran military journalist who also worked as the press secretary for the Russian defense minister in the 1990s, said the secrecy of the Russian army, in this case, is completely natural. "The public doesn't have to know about the newest Russian arms developments or about what task [the vessel] was carrying out. Because the army isn't public business, even if we sometimes want it to be." 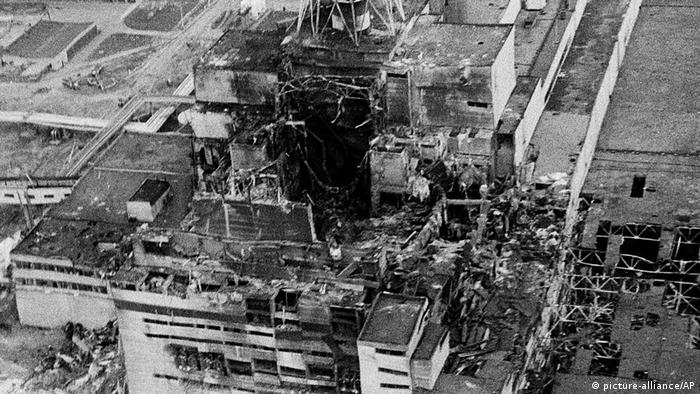 In the Soviet Union, accidents and large-scale disasters like the meltdown of the Chernobyl reactor were often hushed up

In fact, Baranets argued that the military has shown unprecedented openness in the case of this submarine fire.  This "has never been seen in the history of the Soviet or the Russian army," he said. "We have started to lie less."

The Soviet Union was notorious for its cover-ups. For example, during the collapse of USSR, scheduled programming on television was simply replaced by a loop of the ballet Swan Lake. After the meltdown of the nuclear reactor in Chernobyl the authorities initially only conceded that a minor accident had occurred.

Some Russian media outlets have already compared the way the authorities are handling this accident to the Chernobyl disaster. But independent military analyst Golz insisted that even if the military has been tight-lipped and most likely delayed in their response by strict bureaucratic procedures, this case is a huge change from Soviet times. "In the Soviet Union, you definitely would never have heard about such an incident," he said.

The submarine fire has also drawn parallels to the sinking of the nuclear-powered Kursk submarine in August 2000. That accident killed all 118 men on board. At the time, Putin had just started his first term as president and authorities came under fire for their slow response. Perhaps that is why Putin was quick to give a public response. Military analyst Golz said that in this case, the signal is clear: "The president is strictly keeping track of the military. No incident can pass him by."

Marina Ivanova contributed to this article.

More than three decades after the nuclear disaster at Chernobyl, a 30-kilometer-area around it is labeled "uninhabitable." Some refused to abandon their homes and returned. Ukrainian photographer Alina Rudya met them. (24.04.2018)