Russian dissidents find refuge in Lithuania | Europe | News and current affairs from around the continent | DW | 09.06.2018

Vilnius has become a destination for Russians who are critical of Vladimir Putin's Russia. Lithuania's government has been welcoming, Benas Gerdziunas reports. 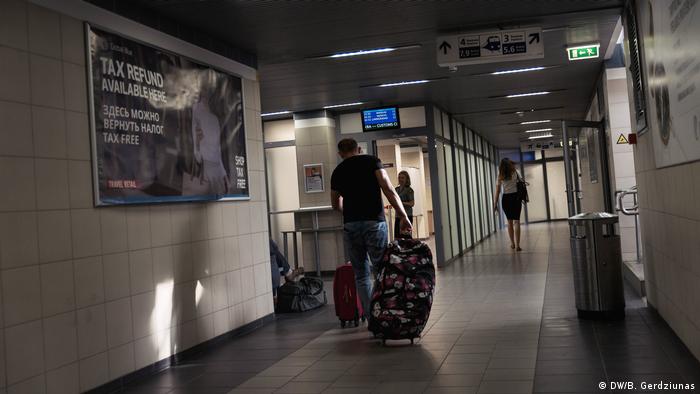 Yevgeni Titov had been reporting on construction of the mammoth bridge connecting Crimea to mainland Russia in 2016, when he was followed home.

The next day a cryptic message flashed on a befriended journalist's phone, that of Arkady Babchenko: "Titov was killed in Temryuk," the next location near the bridge that he planned to report from.

The police refused to investigate, although the number plates on the car that trailed him pointed to Russia's security service, the FSB.

Journalist Leonid Martynuk, who had already experienced the assassination of one colleague, Boris Nemtsov, messaged Titov that he should leave for Vilnius, Lithuania. "Leonid told me that Ukraine isn't safe," Titov says.

He took his friend's advice and set off for the Lithuanian capital.

Fighting the Kremlin from exile

On this unseasonably hot spring day in Vilnius, Titov pauses, hesitant to cross against a red light. "One mistake and I could be out," he says, referring to his pending asylum status. His application had been denied last year, but he appealed and his case is now being reconsidered. He believes the Foreign Ministry has gotten involved to overturn the migration department's negative assessment. 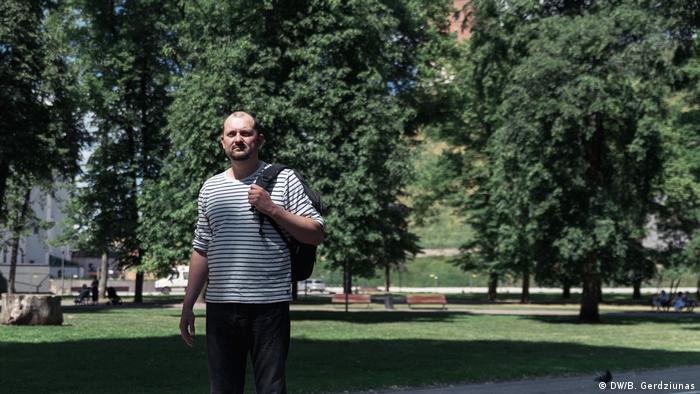 Titov, a Russian reporter like Babchenko, used to work for Radio Free Europe and the independent newspaper Novaya Gazeta, six of whose journalists have been killed since 2001.

After reporting on corruption, human rights and environmental controversies during the Sochi Olympics and construction of the bridge to Crimea, threats and harassment caused him to flee.

"I found Lithuania a space where I could continue the fight," says Titov. Now he works for Freedom TV, an independent online media platform hosted by prominent Lithuanian influencer Andrius Tapinas.

"I felt the only way [for me] to fight against the [negative] change in Russia, was to go to Lithuania," he adds.

Alongside a number of colleagues living in exile in Lithuania, Titov founded the European Russian Movement. The NGO has organized protests and marches of support as well as helped new arrivals integrate.

Their work mirrors the position of the Lithuanian government, which is critical of the Kremlin, and they have drawn ire for it. RIA Novosti, the main Russian state-funded news agency, recently attacked dissidents – including Titov's organization – for their alleged intention to cause revolution in Russia using experience "gained in the service of a strategic adversary."

Russian political refugees are increasingly making Lithuania their home, though the actual number of those who have been granted asylum is classified. According to Titov, those who oppose the Kremlin have found an audience in the Baltic country. "Dalia Grybauskaite [Lithuania's president] is a star within the Russian opposition," he commented.

"While the Red Is On," a multimedia project by Nanook, a journalists' collective here, has documented Lithuania's continuing draw for Russian dissidents. The title is based on a quote from Danil Konstantinov, a Russian nationalist who fled to Vilnius in 2016. Konstantinov claimed that "Russians do not pay attention to rules and regulations; it's a form of freedom, a way to resist centuries-old state repression — for example, I always cross on the red light."

Arturas Morozovas, a Lithuanian journalist and one of the project initiators, told DW: "It was a chance to get to know Russia not through experts, but how a market vendor somewhere deep in Russia can become an 'enemy' of the regime." 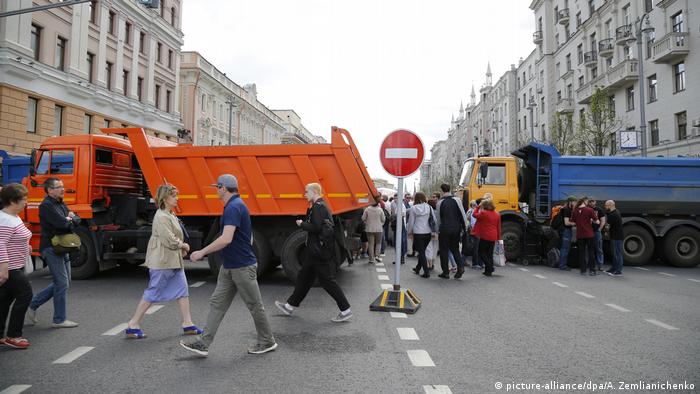 Breaking rules seems to be natural to Russians

Most contemporary Russian political refugees came after the mass protests that erupted in the wake of the 2011 parliamentary election.

Read more: Lithuania put to the test by fears of separatism at its borders

"We understand the repression methods since the Soviet Union era," explained Morozovas. "For someone to drop a court case, for example, their house is set on fire. In the West, they don't really understand the logical connection — that the government or the local municipality can set someone's house on fire."

"While the Red is On" has received support from the Foreign Ministry and various diplomats, he said: "It was a visualization of their mostly invisible work." Lithuania's outspoken foreign minister, Linas Linkevicius, attended the project's opening in Vilnius.

In an isolated hotel a few dozen kilometers outside the capital Linkevicius hosted the annual Russian Forum in late May. The event gathered Russian civil society representatives, dissidents and opposition figures, including Mikhail Khodorkovsky, Marina Litvinenko, Gary Kasparov and associates of Alexei Navalny, who was serving a 30-day prison sentence for organizing illegal protests. 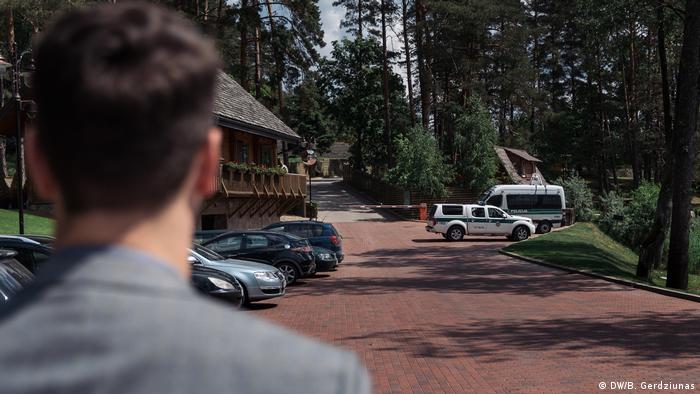 According to Linkevicius the forum could become a "bright example" in one of the five principles the EU established for dialogue with Russia: support for civil society. Though the majority of participants were Russian opposition figures, he claimed the event engages a broad spectrum of civil society, "including those who refer to themselves as part of the 'cultural resistance.'"

"We are proud that this event is taking place in Lithuania [...] and Russian citizens feel comfortable in a country that Russia claims is Russophobic," Linkevicius said. Close to 100 Russian dissidents currently live in Lithuania, he added.

Lithuania has long been pushing a pro-Ukraine agenda on the EU level. Most recently it has employed backchannel diplomacy to bring together individual European foreign ministers and Russian opposition figures. Using Russian dissidents may help Lithuania position itself as a regional soft power. Especially at a time when the "hot peace" between Russia and NATO shows no signs of abating.

Three prominent Kremlin-critical journalists have left Russia in recent months. They cite various reasons for leaving, but one event looms large behind their departures: the Russian presidential election next March. (10.11.2017)

Coming soon to a cyberattack near you: an EU rapid-response team led by Lithuania, able to leap national borders in a single bound. Criminals do it, so why not the good guys? Teri Schultz reports. (28.02.2018)