A Russian court has acknowledged the country's armed forces are present in the eastern part of Ukraine. The Kremlin has persistently denied the presence of Russian forces in the Donbas region. 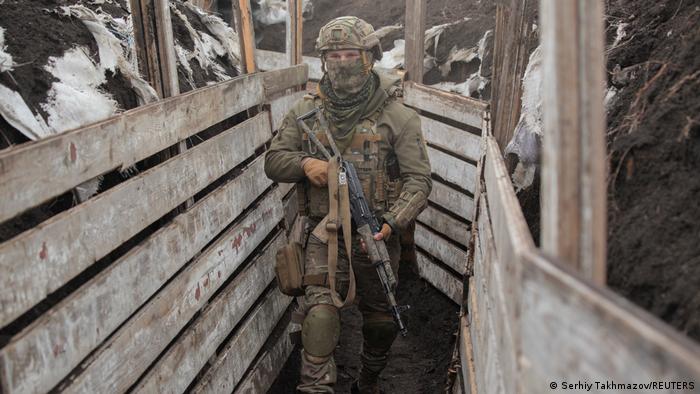 The Kremlin said Thursday that a southern Russian court's acknowledgment of the presence of Russian soldiers in the eastern part of Ukraine known as the Donbas was a "mistake," despite much evidence to the contrary presented to the court.

The case involved allegations of corruption concerning a catering service intended for "the garrisons of the Armed Forces of the Russian Federation stationed on the territory of the Donetsk and Luhansk People's Republics," Judge Leonard Sholokhov wrote.

Later on Thursday, the court's press office released a statement that stated the local court responsible for collecting the man's testimony had not confirmed the veracity of his statements to the court.

The court's words are poignant given the lengths Moscow has gone to obfuscate whether its forces are stationed in Ukraine. The court, located in Rostov-on-Don near the border with Ukraine, is where the former Russian-backed president of Ukraine Viktor Yanukovych fled following his ouster in 2014.

The defendant in the case, identified in court papers as V.N. Zabaluyev, said in court he had supplied meals to Russian troops in eastern Ukraine. Zabaluyev worked at a local company as the deputy regional manager for military meal logistics. In 2019, he received a sentence of five years in prison for bribing officials.

The court heard that every two weeks a caravan of 70 trucks with supplies would cross into eastern Ukraine to supply Russian troops deployed there.

How has the Kremlin reacted?

Dmitry Peskov, the Kremlin's spokesman, said Thursday there was a "mistake on the part of those who wrote the text" and that any food deliveries to the region would consist of humanitarian aid.

Peskov added the statement was an error "because it is not possible. There are no armed forces of the Russian Federation on the territory of the self-proclaimed republics at all."

How has Ukraine reacted?

Ukraine's Foreign Ministry spokesman Oleh Nikolenko said, "Russia has by itself created a legal precedent that clearly fixates its status as a party to an international armed conflict."

He added: "It is not possible to hide Russia's crimes in Ukraine."

In 2014, following a three-month civil uprising on the central Kyiv square known as Maidan and the ouster of Yanukovych, Russia annexed Ukraine's Crimean Peninsula. Russia then threw its weight in support of the pro-Russian rebels taking on Kyiv in Donbas.

Integrity of borders a foundation of peace in Europe: Olaf Scholz

Independent media have unearthed evidence of more than just spiritual and ideological overlap between Moscow and the rebel forces in the Donbas. Russian newspaper Novaya Gazeta has published images of the bodies of the war dead in Donbas being transferred to Russia.

The UN reports 13,000 have died in the nearly eight-year-old conflict.