The people of Kolomna have been protesting against Moscow refuse being dumped near their city. Now, vocal anti-garbage activists have had their homes raided and searched. DW's Miodrag Soric reports. 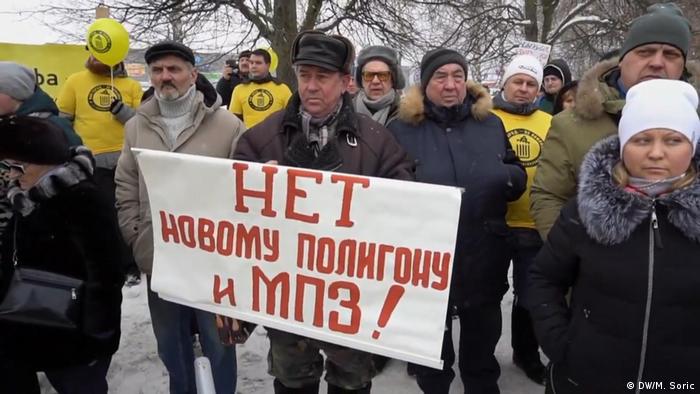 On Thursday morning at 5:50 a.m. there's a loud knock on Svetlana Yakunina's door in Kolomna, a Russian city about 100 kilometers (60 miles) southeast of the capital, Moscow. Suddenly, six agents from Russia's FSB security agency storm into her home, waking up her 6-year-old daughter. The officers search the place for computers, phones and external hard drives, turning everything upside down, including the little girl's room. Yakunina could not believe what was happening. She'd never had a run-in with the police or broken the law.

After the traumatic five-hour raid, the 32-year-old Yakunina learned that some of the officers hail from her hometown, Kolomna. 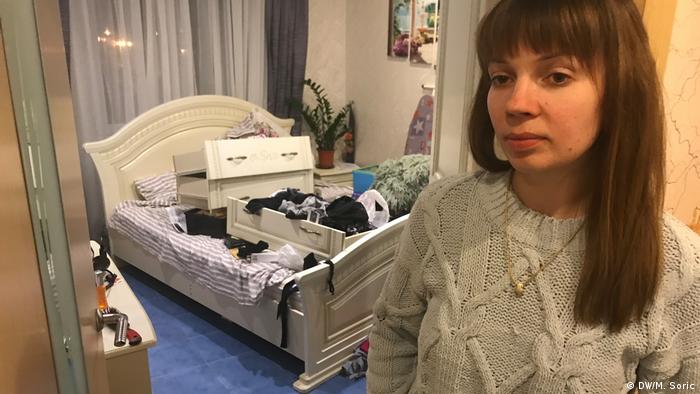 Yakunina was not the only one to have her home raided on this fateful Thursday morning. Indeed, 13 other people had their dwellings searched, too. Over the past several months, they and others have been protesting against authorities bringing refuse from Moscow, a city of 12 million, to a dump in the vicinity of Kolomna, which has roughly 140,000 residents. Until the protests started, up to 300 trucks per day would cart large quantities of garbage from the capital to Kolomna. While the activists succeeded in limiting these refuse runs, locals are now left seriously concerned for their health, as dioxins and other toxic substances from the nearby trash dump may have seeped into the ground water.

Five thousand disgruntled Kolomna residents attended the very first anti-refuse protest one year ago, sending a clear signal to local decision-makers. Those authorities in return banned further protests. But the people of Kolomna did not give up. They began writing letters to politicians and journalists, sorting the refuse and selling plastic scrap to a Moscow-based recycling outfit at a profit. Ultimately, local authorities then opted to take matters into their own hands, setting up a municipal waste collection and disposal scheme. Though fees for this service were increased fourfold, there are still too few rubbish bins in town, and refuse is piling up everywhere.

On the morning Yakunina's home was stormed, activist Vyacheslav Yegorov was visited by masked officers brandishing rifles. The agents scared his 5-year-old son to bits. Yegorov was taken away and placed in solitary pretrial detention.

Later that evening, the anti-refuse activists met in a cafe to share their experiences. Their Moscow lawyer Maria Eismont has vowed to do whatever it takes to free Yegorov. 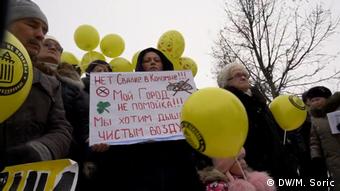 Some 5,000 protesters took part in an anti-refuse protest last year

Fearing the local police, the cafe manager asked them to leave, knowing he could lose his license if they learn activists have been gathering here. But others have openly sided with the activists, supporting their cause. Among them were even several secret service agents who participated in the raids on their very homes. The activists say some of those agents admitted that they felt embarrassed by the raids but said they were merely doing their jobs to feed their families.

Meanwhile, Russian opposition media has picked up on the Kolomna raids and arrests. So far, they have no reporters on the ground, but that could well change if tensions keep mounting in the Russian town. A car protest has already been planned for Saturday. One thing is for certain: The people Kolomna will not be ignored.