Sex, power, politics, and the Kremlin: Nastya Rybka case | World | Breaking news and perspectives from around the globe | DW | 26.01.2019

Belarusian model Nastya Rybka liked to seduce Russian oligarchs. Now under investigation in Moscow, she may through one of these relationships have witnessed secret meetings allegedly related to the US election campaign. 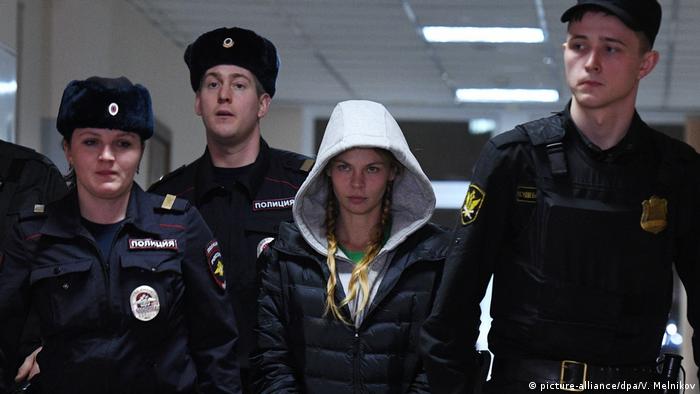 With bee-stung lips, Nastya Rybka addressed her approximately 130,000 followers in a short Instagram video. The 23-year-old Belarusian said she was ill, which was why she had not attended the press conference last Wednesday. She said she needed rest and would soon "tell everything." Smiling, she thanked Belarusian President Alexander Lukashenko, who had campaigned for her release from custody in Moscow.

This seems unusual enough; after all, this is a woman from the escort business who was imprisoned in Thailand, accused of illegal prostitution. In Russia she could face a prison sentence of up to six years. But Lukashenko's assistance is only one piece of the puzzle in this heady mix of sex, power and politics.

Rybka ("little fish" in English) is a nickname Russian men give their loved ones. The young woman who calls herself that is actually Anastasia Vashukevich, a colorful figure in a political thriller that has been going on for about a year. The repercussions reach from Moscow to Bangkok to Washington. At its core, it's about Oleg Deripaska, the Russian oligarch and aluminum king, and speculation as to whether he might have been one of the secret intermediaries between Russia and Donald Trump's campaign team in the 2016 US presidential election. Vashukevich played a role that evidently became too much for her at some point. 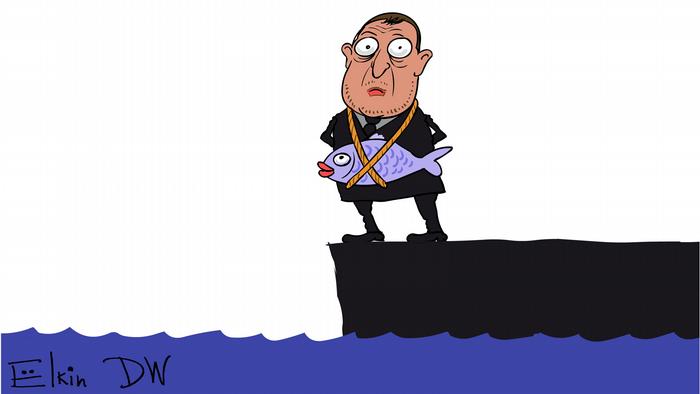 Vashukevich owes her fame in Russia and beyond to her craving for admiration, Instagram, and opposition politician Alexei Navalny. With her help, Navalny came across one of his most explosive revelations. In February 2018, Navalny presented a 25-minute investigative film on his web channels. He explained that he originally wanted to find out who was behind a 2017 campaign in which young women dressed as sex slaves stormed his office in Moscow. Vashukevich took part in the group's other similarly provocative campaigns, for example, when several nearly naked girls showed solidarity with US film producer Harvey Weinstein by demonstrating in front of the US Embassy in Moscow.

In a talk show on Russian television, Vashukevich described herself as a "professional man hunter," and said that she had had relationships with six billionaires, describing one of them in a book to demonstrate the maxim: "This is how you catch a billionaire." Navalny in some instances compared very intimate descriptions of a yacht trip from this book with real photos from Rybka's Instagram profile, where she presented herself with the oligarch Deripaska. Navalny's conclusion was that the anonymous oligarch from the book is Deripaska.

The most controversial discovery in Rybka's Instagram profile was a video supposedly taken in Norway in August 2016. It shows Deripaska and a man closely resembling top Kremlin official Sergey Prichodko on a yacht. Prichodko operates in the background politically, his main focus being foreign policy. An excerpt from a conversation about Russian-American relations can be heard.

Navalny speculated that this was the missing secret link between the Kremlin and the Trump team, which both sides have so far denied. According to US media reports, Deripaska was a business partner of Paul Manafort, Donald Trump's former campaign manager. Manafort allegedly owed Deripaska money and indirectly offered him "private briefings." There is no evidence that the oligarch received and accepted this offer. Nor has there been any confirmation of Navalny's suspicions, not even from US Special Counsel Robert Mueller.

Deripaska described this as a smear campaign and sued Vashukevich and a certain Alexander Kirillov for damages in a Russian court for circulating details of his private life. Kirillov is also a native Belarusian, who likes to present himself as a "sex coach" and operates as Rybka's "patron." His exact role in this case is unclear.

Vashukevich later fueled speculation by claiming she had explosive information about the US elections. In February 2018, shortly after Navalny's revelations, she was arrested in Thailand, together with Kirillov, for conducting "sex training for Russian tourists," as it was described by the Russian media. Both begged US media and authorities for help, but Washington did not get involved. Russian media reported, quoting sources from Vashukevich's circle of acquaintances, that FBI agents questioned her during her detention in Thailand, but she said she "told them nothing." 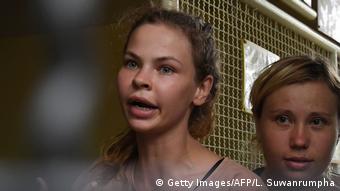 Vashukevich (l.) and a fellow detainee in a Thai prison

After nine months in prison, Vashukevich and Kirillov were deported in mid-February and flown to Moscow. Vashukevich allegedly wanted to fly on to Minsk in her native Belarus but was arrested and spent several days in Russian custody. She is accused of enticing at least two women into prostitution. She denies everything and was released from custody on Tuesday, but the charges remain.

In a Moscow court, Vashukevich asked journalists to pass on her apology to Deripaska and Prichodko. "I'm sorry that everything came to this." Some see the investigation against her as Deripaska's revenge. Others speculate that she filmed the oligarch on his yacht with the consent of the Russian secret services. Vashukevich told the court that Deripaska should "settle down." The exhausted-looking woman promised no new revelations: "I've had enough."