Russia's foreign ministry has warned Ukraine over an incident in which a cross-border shell hit two houses in Russia, reportedly killing a Russian man. It threatened possible "irreversible consequences." 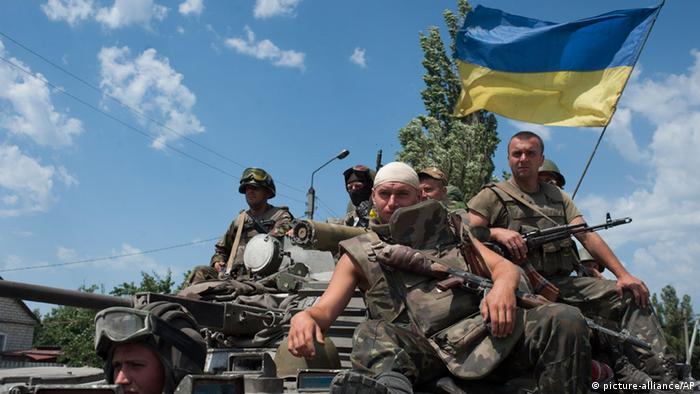 Russia said the shell fired from Ukraine hit the courtyard of a residential building in the Russian town of Donetsk early on Sunday, killing one person and injuring two others.

A statement from the foreign ministry said Ukraine had been handed a note of protest describing the incident as "an aggressive act by the Ukrainian side against sovereign Russian territory and the citizens of the Russian Federation."

The statement also warned of the possibility of "irreversible consequences, the responsibility for which lies on the Ukrainian side."

The town reportedly hit by the shell is situated on the border with eastern Ukraine, where pro-Russian separatists have been fighting against the government in Kyiv for some three months. It is not clear who fired the shell.

Russia has repeatedly claimed that Ukrainian fire has hit settlements along the border, but no deaths have been previously reported.

Kyiv in turn accuses Moscow of supporting the separatists. A rebel attack on Friday using a Russian Grad multiple-rocket system, in which 19 soldiers were killed and nearly 100 wounded near the Russian border, has added fuel to the claims, with Kyiv authorities saying the separatists could only have received such arms from over the border.

Clashes between separatists and Ukrainian forces have meanwhile escalated following Friday's attack, with at least 18 troops and 20 civilians killed in the past two days.

Ukrainian President Petro Poroshenko's office on Sunday said he was cancelling his attendance at the soccer World Cup final in Brazil "considering the situation currently happening in Ukraine."

The match would have possibly given Poroshenko an opportunity for talks with his Russian counterpart Vladimir Putin, who is attending the final between Germany and Argentina to take part in a handover ceremony, with Russia due to host the next FIFA World Cup in 2018.