Belligerents in eastern Ukraine are resorting to abduction and torture to intimidate their political opponents, according to Amnesty International. The rights group says pro-Russian rebels commit the bulk of the crimes. 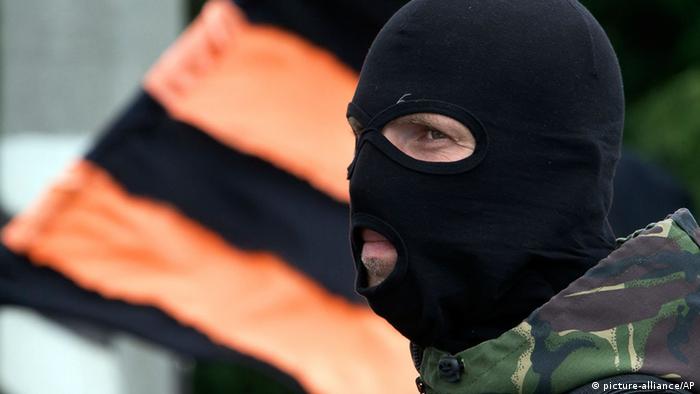 In a #link:http://www.amnesty.org/en/news/ukraine-mounting-evidence-abduction-and-torture-2014-07-11:report published on Friday#, Amnesty International reported that journalists, politicians, activists, members of electoral commissions and business people have all been targeted for abduction, often for political reasons, but sometimes simply for ransom.

Police, military and local officials have also been kidnapped. According to Amnesty, the abductions primarily have taken place in the conflict regions of Donetsk and Luhansk and have mainly been perpetrated by the separatists.

"The bulk of the abductions are being perpetrated by armed separatists, with the victims often subjected to stomach-turning beatings and torture," said Denis Krivosheev, Amnesty's deputy director of Europe and Central Asia.

"There is also evidence of a smaller number of abuses by pro-Kyiv forces," Krivosheev said.

Over the past three months, the UN Human Rights Monitoring Mission for Ukraine has recorded 222 cases of abduction in the country's conflict-torn eastern region. Meanwhile, the Ukrainian Interior Ministry claims that there were 500 cases between April and June of 2014.

In one case, a pro-Kyiv activist named Hanna was abducted by armed men in Donetsk. She was held for six days before being released as part of a prisoner exchange. During that time, Hanna says she was beaten, cut with a knife, and forced to write a separatist slogan in blood on a wall.

A pro-Kyiv activist named Sasha was forced to flee for Kyiv after being abducted at gunpoint by separatists in Luhansk. He says he was beaten, electrocuted and had cigarettes put out on his skin. The 19-year-old was released only after his father paid a $60,000 ransom (44,000 euros).

But government forces have also been accused of abduction and torture. A 16-year-old boy named Vladislav Aleksandrovich was kidnapped after posting video footage online of a police operation in Mariupol. He says he was tortured, beaten with rifle butts, and forced to write a "statement to the people of Ukraine" and shout Ukrainian nationalist slogans.

"It is reprehensible that we are seeing an escalation in abduction and torture in Ukraine," Krivosheev said. "All those engaged in this armed conflict must immediately and unconditionally release any captives who are still being held unlawfully and ensure that until their release they are protected from torture and ill treatment."