The two countries were once on opposite sides in the Syrian conflict, with Ankara opposed to Bashar al-Assad's regime. Turkey still opposes Assad but is cooperating with Russia against the "Islamic State" militants. 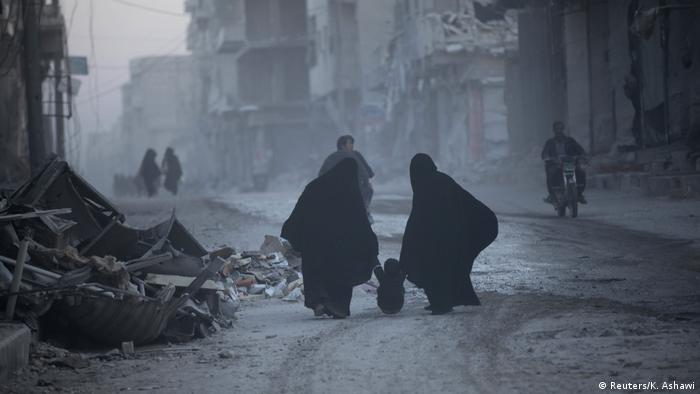 Battle lines and allegiances continue to blur inside Syria as fighting intensifies among multiple factions.

NATO member Turkey has launched strikes against US-backed forces in and around the northern city of Manbij. Separately, Turkish forces have also attacked Syrian troops backed by Russia.

"The Turkish artillery has been, since Thursday, shelling posts of the Syrian border guards in the western countryside of Manbij, causing deaths and injuries," said an unnamed officer for the Syrian Democratic Forces (SDF).

The Syrian government blames Turkey for "killing tens of thousands of its innocent sons and destroying Syrian infrastructure," it added.

"We are actively working to solve the most acute crises, first of all in Syria," Putin said as he greeted Erdogan at the start of the talks in the Kremlin. "I'm very pleased to note, and few seemed to expect it, that our military and special services have established such efficient and close contact."

Coordinating attacks against IS

Russia and Turkey have recently coordinated their operations against the jihadi group "Islamic State" (IS) in Syria. A Russian air raid last month accidentally killed three Turkish soldiers, but the incident didn't derail the military cooperation.

Earlier this week, the chief military officers from Russia, the US and Turkey met in the Turkish city of Antalya in an apparent attempt to work out additional steps to prevent incidents.

The talks also focused on how to help reduce mutual mistrust between Turkish-backed Syrian opposition forces, US-backed Kurdish forces and Russian-allied Syrian government forces all fighting their way towards Raqqa, the de facto capital of IS.

The US is backing the Syrian Kurdish YPG militia, which has been its most reliable partner on the ground. But Ankara bitterly opposes this cooperation. They consider the group to be an extension of the Kurdistan Workers Party (PKK) that has fought a three-decade insurgency inside Turkey.

The increasingly close cooperation in Syria between Russia and Turkey represents a sharp turnaround for the two countries, which have backed opposing sides in Syria, with Moscow siding with Assad and Turkey supporting his foes since the country descended into civil war six years ago.

The opposing interests led to the downing of a Russian warplane by a Turkish jet at the Syrian border in November 2015, which put the two nations on the verge of a direct military conflict.