Turkish military strategist Metin Gurcan claims that Russia ultimately seeks to weaken the West. He told DW that Putin wants to win over Turkey to achieve this goal of plunging NATO into a state of crisis. 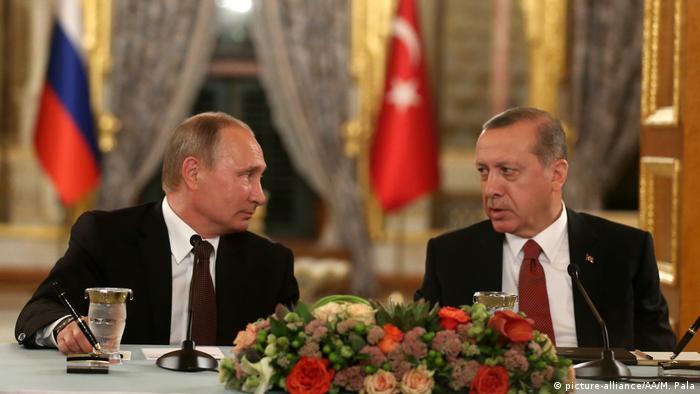 Turkish President Recep Tayyip Erdogan is about to meet with Russian President Vladimir Putin in Moscow. The Turkish leader will be accompanied by a sizable delegation of ministers as well as a number of military leaders to sign a series of agreements. The issue of Syria, however, is likely going to be the most important topic, as the country remains in crisis despite a relative calm in hostilities.

Military strategist and security expert Metin Gurcan spoke to DW about his expectations for the visit. Gurcan says he believes that Turkey is playing into Russia's hands in the greater scheme of things.

DW: What does Erdogan's visit to Moscow say about the countries and their relationship?

Metin Gurcan: There are two dimensions to this visit: the economic aspect and the security aspect. Erdogan will bring a large delegation along and so there will be a number of important meetings and signings of agreements relating to energy, tourism and construction. 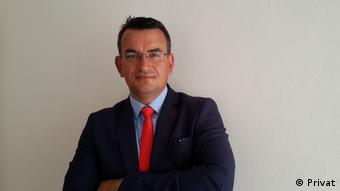 The issue of Syria is, however, of utmost importance. Russia does not want the Turkish military to conduct any operations south of the city of al-Bab in the north of the country, nor does it want Turkey to be part of any operation on the "Islamic State" (IS) stronghold of Raqqa.

With the airspace south of al-Bab being under Russian control, Turkey is finding its military options severely limited. I believe the US is quite aware of that.

With the north of Syria being such a dynamic part of the conflict, Turkey is losing its capacity to appease both Washington and Moscow. And that's exactly what Putin wants: Ankara will sooner or later have to make a choice between the US and Russia, and Putin wants to win Turkey over for when that happens.

Does the escalating tension that Erdogan has been witnessing with Europe play any part in this recent rapprochement between Ankara and Moscow?

If Putin were to manage to move Turkey away from NATO this would amount to a major win for Russia. Erdogan is already challenging the long-established infrastructure of the Western Bloc, which is exactly what Russia wants to see. Turkey needs to distance itself from this.

Moscow is hosting Israel Prime Minister Benjamin Netanyahu at the same time. What role can Russia play in relations between Israel and Turkey?

Russia's profile in the Middle East is expanding. It will soon become a key player in the region. At the same time we witness America's gradual withdrawal from that region. Matters relating to the Middle East are now being ironed out in Russia.

But it's unclear whether Russia is seeking a solution to the existing chaos in the region or if it rather wants a perpetuation of it. We don't know if there is a hidden agenda. That's why Turkey has to move away from its reactionary foreign policy course and develop a more rational approach. That's the only way it can assert its power in the region.

In what ways can Turkey cooperate with the US and Russia in Syria in terms of military involvement?

The south and southwest of Syria are effectively under American control. The west is under Russian control. What remains uncertain is what will happen in the north - the Kurdish region. Furthermore, the US wants to liberate IS-controlled Raqqa alone. This might imply that Turkey will have to end up staying out of the arena altogether.

On the long run, Turkey can play an active role in drafting the Syrian constitution and can develop active plans when it comes to the issue of refugees. But the US and Russia want the Turkish military out of Syria.

Turkey meanwhile is seeking a clear decision in northern Syria, and wants to race towards a solution. Ankara will undoubtedly want to analyze the situation carefully before trying to assure its position, but Russia and the US will always want to keep the upper hand in Syria. It is their relationship that in the end will determine the direction of the Middle East.

Metin Gurcan has served in various Turkish military units in Iraq, Afghanistan, Kazakhstan and Kyrgyzstan. He is a security analyst at the Istanbul Policy Center as well as a contributor to the Washington-based think tank, AI-Monitor.

This interview was conducted by Hilal Koylu.

The two nations back opposing sides of the Syrian civil war, but both are fighting against "Islamic State." Their respective leaders agreed to work more closely henceforth to coordinate military action against the group. (09.02.2017)