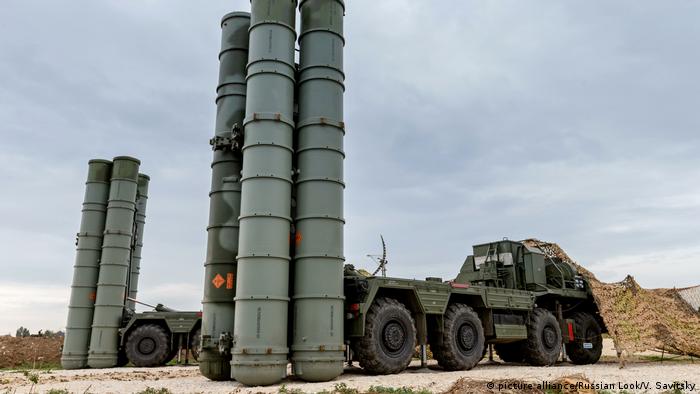 The modernized version of the Soviet-era system "is capable of intercepting aerial attacks at the distance of over 250 kilometers and simultaneously countering several targets," the minister said.

The move comes after Moscow blamed Israel for indirectly causing the destruction of a Russian Il-20 reconnaissance plane last week. The incident claimed the lives of 15 Russian soldiers.

"We are convinced that these measures will cool down the 'hot heads' and keep them from ill-conceived actions threatening out troops," Shoigu said in his televised address.

Russia's spy plane was shot down over Syria last Monday. Both Russia and its allies from the Syrian regime acknowledge the missiles were fired by the Syrian military, but say the troops had targeted Israeli jets flying sorties in the area.

Moscow has blamed Israel for the loss of life, claiming that Israeli jets used the spy plane as a cover to avoid Syrian fire. Israel admitted bombing targets in Syria before the plane was shot down on Monday. However, they denied any connection with the incident.

Supplying Syrian army with advanced anti-aircraft capabilities is likely to raise the stakes in the volatile region, where Israel and several other countries often conduct bombing attacks.

S-300 delivery 'not directed' against Israel

Russian President Vladimir Putin initially sought to deflate tensions with Israel, saying that "a chain of tragic accidental circumstances" caused the Russian plane to be destroyed. On Monday, his spokesman Dmitry Peskov said that the deployment of S-300 was "not directed at any third country."

At the same time, however, Peskov pointed the finger at Israel when speaking about the destruction of the Russian plane.

"According to the information provided by our military experts, the reasons for this tragedy are premediated actions of Israeli pilots, and that cannot but harm our ties" with Israel, Peskov said.

Time for an upgrade

Syrian military used the outdated S-200 missiles to respond to the Israeli attack. The systems, originally developed by the Soviet Union in the 1960s, have no capability to distinguish between friendly and hostile forces. Russian bases in Syria are already protected by the latest, S-400 systems, as well as S-300 also operated by Russian troops.

By delivering a revamped version of the more modern S-300 defense system, Russia seeks to reduce the risk of a similar friendly-fire incident. Moscow will also equip Syria's anti-aircraft command centers with high-tech systems to improve coordination and monitoring. According to Shoigu, hostile aircraft will also face electronic interference above parts of the Mediterranean in Syrian airspace.

Israel did not immediately comment on the Russian move. Earlier this year, Israeli Defense Minister Avigdor Lieberman speculated that giving advanced weapons to Damascus could trigger a response.

"For us, it is important that defensive weaponry which Russia is supplying to Syria, is not used against us," he told the Yedioth Ahronoth newspaper, according to the Russian translation provided by the Interfax news agency.

"If they are, we will take action against them."