For 10 years, Iran had been trying to get its hands on a Russian air defense system but was held back by embargos. It finally has a chance to show off its newly allowed firepower. 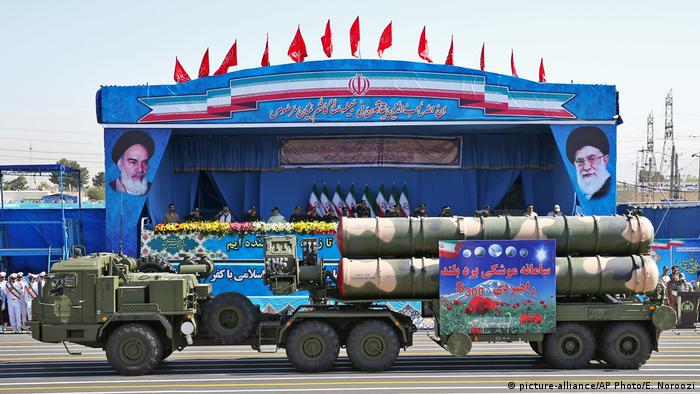 State TV posted videos online of the missiles being launched from the back of trucks in Iran's central desert.

It reported the system, which has a range of 200 kilometers (125 miles), targeted various flying objects including a ballistic missile and a drone.

The air defense system was finally delivered by Russia in February after years of delay. Iran had been trying to acquire the system in response to repeated threats by Israel to bomb its nuclear facilities, but Russia had held off delivery of the 750 million euro ($800 million) project for years, in line with UN sanctions imposed over the nuclear program. A deal under which Iran limited its nuclear activities in return for the lifting of sanctions went into force in 2016, triggering tightened trade ties with Russia.

Just 18 months after the deal was signed, Iran tested several missiles despite fresh US sanctions on Iranian interests.

Air defense commander General Farzad Esmaili told state television that a domestically manufactured air defense system dubbed Bavar 373, which was "more advanced than the S-300," would be tested very soon. "The S-300 is a system that is deadly for our enemies and which makes our skies more secure," he said.