Russia to ′assist′ Armenia if conflict with Azerbaijan spreads beyond Nagorno-Karabakh | News | DW | 31.10.2020 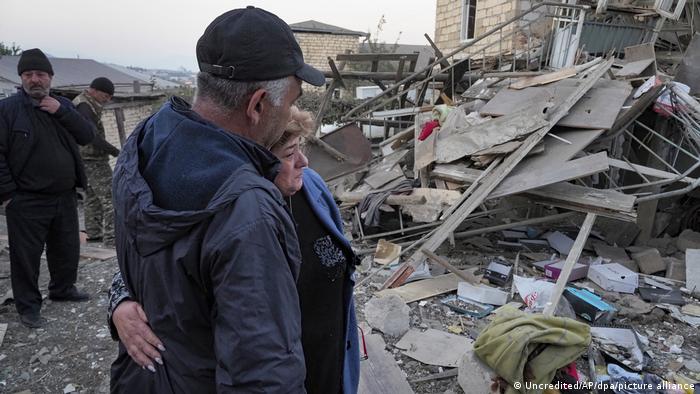 Russia would be prepared to render "all necessary assistance" to treaty partner Armenia if the Nagorno-Karabakh conflict expanded to Armenian territory, Russia's Foreign Ministry declared Saturday.

Overnight, Armenia and Azerbaijan had again accused each other of shelling residential areas of the separatist Armenian enclave of Nagorno-Karabakh — internationally recognized as lying within Azerbaijan.

That followed a fourth cease-fire bid, negotiated Friday in Geneva via the Organization for Security and Cooperation in Europe (OSCE).

At those six-hour talks, involving both countries' foreign ministers, the countries pledged not to target civilians and to provide lists of soldiers detained for potential exchanges.

Russia and Armenia have a 1997 mutual assistance treaty, with Russia maintaining a base in Armenia's second-largest city of Gyumri. 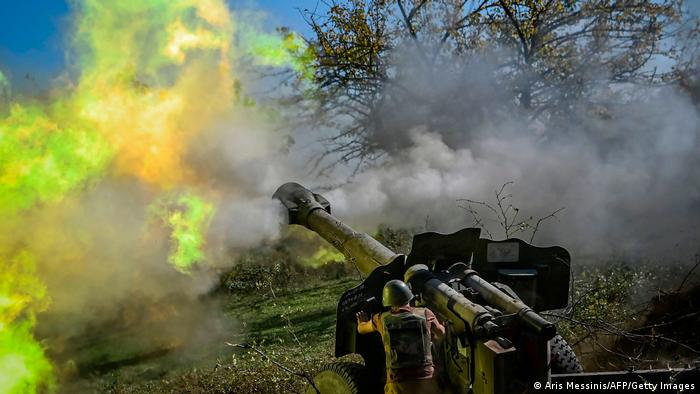 Shelling asserted by both sides

Azerbaijan's Defense Ministry denied both accusations and said Azeri regions of Terter, Aghdam and Aghjabedi had come under artillery fire.

The monthlong conflict over Nagorno-Karabakh has officially claimed more than 1,200 lives but the actual death toll on all sides is thought to be substantially higher.