Fleeing Nagorno-Karabakh: Ethnic Armenians in limbo | Europe | News and current affairs from around the continent | DW | 22.10.2020

Nune and her three children were forced to flee their home when bombs started raining down on their village in Nagorno-Karabakh. As many other families, they left their men to fight in the war. 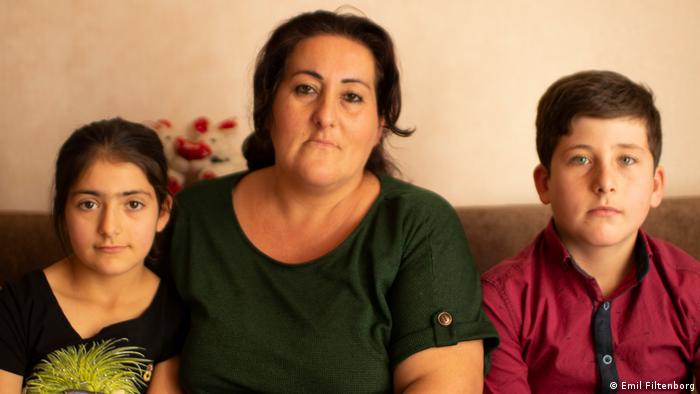 On television, Armenia's prime minister is giving a speech, as Nune makes coffee. Forced from her home by the recentviolent clashes in Nagorno-Karabakh, she does what she can to feel at home in an apartment in Yerevan with her three kids, who are trying to find new friends. For Nune, missing home is one thing, but not knowing whether or not she will have a home to return to is taking a heavy toll.

"We didn't want to leave, but they started bombing and we had to leave our village. We have been working for 12 years to build our lives and our home, and to think that all this work can be destroyed any moment, and that we might not have anything to give to our children, is terrible," said the 44-year-old. 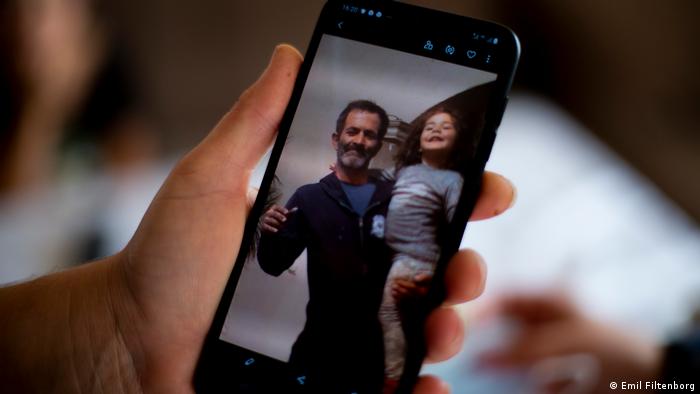 "The worst part is that you don't know when this will end, and when you can go home. And if we can go home, will this happen again in five years?”

'This is not our home'

The apartment was arranged by a friend, who is ethnic Armenian like most of those who have fled Nagorno-Karabakh. But what is different for Nune is that her family has the apartment to themselves, unlike others who stay in hotels that opened their doors to refugees.

In the northern part of Yerevan, another family has been helped into an apartment. Lida, 35, and her two daughters were forced to flee when their hometown Matakert came under fire. She had served in the army of Nagorno-Karabakh until she became pregnant, and left the army. Lida is set to give birth this month while her husband remains in Nagorno-Karabakh fighting in the conflict alongside her two brothers.

"Matakert is my birthplace. It is my home, and it is the only place for me and my children to have a future. We are here now, but this is not our home," she said.

The refugees DW spoke to in Yerevan are here without their men. As the women and children fled, most healthy men stayed behind to fight on the frontlines like Lida's husband — or are waiting in the reserves to be called up, like Nune's husband,

Since Turkey backed Azeri claims to Nagorno-Karabakh with a large range of military equipment including drones, Azerbaijan was emboldened to reclaim Nagorno-Karabakh. While Azerbaijan President Ilham Aliyev says he is only interested in the land, most Armenian refugees DW spoke to fear a rerun of the 1915 Armenian genocide.

"I don't think there will be peace soon. When a country with so many more people than us are attacking us, what would it be if not a genocide?" Nune asks.

Nune is not alone in fearing that Turkey is trying to finish off the 1915 genocide, a concern that has also been expressed by several Armenian politicians and officials. Turkey, meanwhile, does not accept the application of the term genocide in the deaths of Armenians between 1914 and 1923 .

To an outsider, Yerevan may seem unaffected by the conflict, with people enjoying the autumn sun outside one of the many cafés. But on closer observation, the war is very much present. It might be hidden, stowed away behind kind faces and chatter, but many young men are already enlisted.

Chances are, if you are an Armenian living in Armenia, you know someone fighting in Nagorno-Karabakh.

While the number of Armenians killed has topped 700, according to the Armenian government, there are no public figures on just how many people have been driven away from their homes.

Some nongovernmental organizations say they have helped hundreds of people, while others say they have come to the aid of thousands forced to flee their homes.

One Armenian official, an ombudsman for human rights, says it is time for the international community to speak up.

"It is a humanitarian disaster. There are targeted attacks against civilian settlements and peaceful population. They attack with cluster bombs, cluster munitions, warheads, missiles. And the cities and towns are heavily bombed," said Arman Tatoyan. 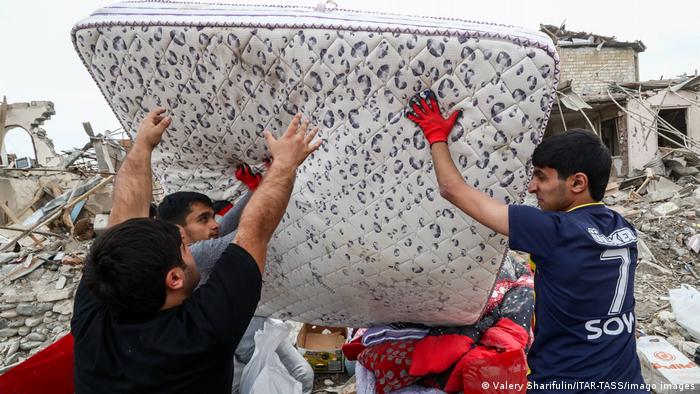 There have been reports of civilian buildings, including an Armenian hospital, having been targeted by the Azerbaijani forces. Azerbaijan has rejected allegations of hospitals being targeted. Meanwhile, Armenian forces as well as the defense army of Nagorno-Karabakh have been accused of launching several missile attacks targeting the city of Ganja in Azerbaijan, which the Armenian government has denied.

In Nagorno-Karabakh, cities such as Stepanakert has been under heavy shelling for three weeks. This has only helped fuel resentment between the warring nations, who will find it hard to live side by side again. For Nune, finding forgiveness is a step too difficult to make.

"I am so thankful for the Armenians who helps me, but there is hate inside me. There is a quote in the Bible about loving your enemy, but it is impossible for me to love them. Their children are going to pick up guns to fight my children," she said.

Lida, on the other hand, is more optimistic about her neighbors in Azerbaijan. She even believes that there can, one day, be peace between the two nations.

"I don't think the Azerbaijanis hate us. I think they are like us and want to live in peace, but their government makes them fight us," she said.

"I believe there can be peace soon."