Russia tells hundreds of US diplomatic staff to leave

President Vladimir Putin has ordered US diplomatic missions in Russia to reduce staff by 755 people. The move came in response to a new US sanctions package against Moscow that was passed by the US Congress. 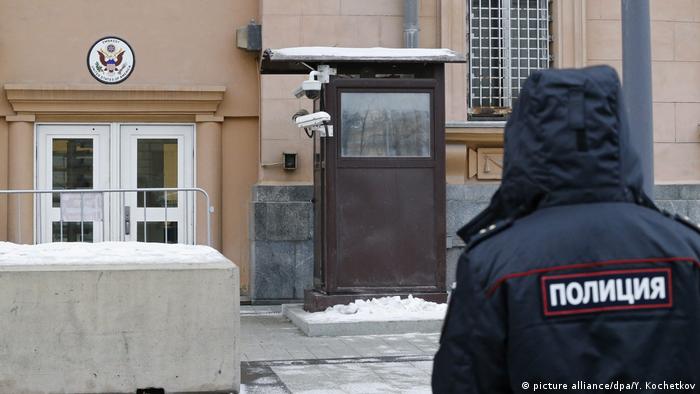 President Vladimir Putin warned on Sunday that bilateral relations with Washington appeared to be headed for a prolonged period of gridlock after the US Congress passed a new round of sanctions on the Kremlin.

"We had hoped that the situation will somehow change, but apparently if it changes, it won't be soon," Putin said on state television, apparently referring to the hope that Russia-US relations would improve under President Donald Trump.

Putin said that in retaliation for the new sanctions, which Trump has said he would sign, the US would have to cut staff at its embassy and consulates by 755 people.

"More than a thousand people were working and are still working" at the US embassy and consulates, Putin said in an interview with Rossiya-24 television. "Seven hundred and fifty-five people must stop their activities in Russia."

In addition to the embassy in Moscow, there are three consulates in Russia with Americans and Russians working in the diplomatic offices. 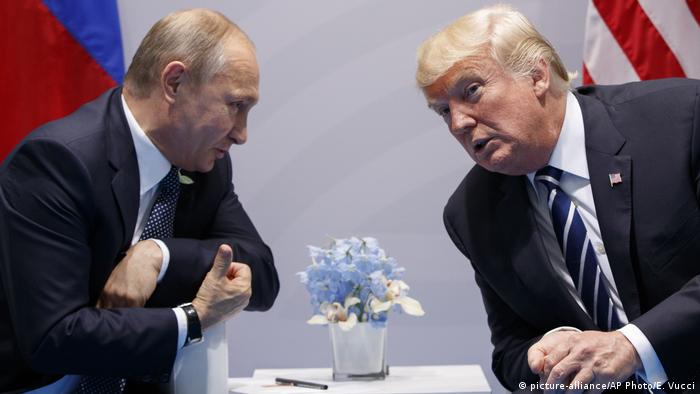 Putin met Trump at the G20 summit in Hamburg earlier in July.

It was unclear how Putin came up with the number. It is also unclear how the reductions would be split between US and Russian staff.

The US embassy in Moscow and the three consulates are staffed by both US diplomats and technical staff, as well as Russian local staff. Diplomatic missions also often hire as staff US and Russian contractors and spouses of diplomats.

Michael McFaul, a former US ambassador to Russia, pointed out on Sunday that there are not even 755 American diplomats in Russia, meaning that the staff reductions are likely to hit Russian staff as well.

The cuts would likely affect how quickly the US is able to process Russian applications for visas, McFaul said. "If these cuts are real, Russians should expect to wait weeks if not months to get visas to come to [the] US," he said.

The US State Department said it did not comment on the number of US officials serving abroad.

It called the decision "a regrettable and uncalled for act."

On Friday, Russia's Foreign Ministry had demanded that the US slash its diplomatic presence in Russia to 455 diplomats and technical staff by September 1 - the same number of Russian diplomats accredited to work in the United States.

It also announced the freezing of two US embassy compounds - a Moscow summer house and a storage facility in the city - as of August 1.

The decision came in retaliation for former US President Barack Obama last December kicking out 35 Russian diplomats from the United States in response to Russian election meddling.

The United States also seized two Russian embassy summer houses that Washington said were being used by Moscow for espionage. At the time, Russia held off from retaliating as it awaited the new Trump administration but the issue has been a sore spot in relations.

On Thursday, the US Senate overwhelmingly passed a bill to toughen sanctions against Russia for allegedly meddling in the 2016 US presidential election and for its annexation of Crimea in 2014. The Senate vote followed an equally strong vote in the House of Representatives.

The bill also strips US President Donald Trump of the authority to end sanctions against Moscow on his own. Iran and North Korea are also targeted in the sanctions bill.

The next legislative step is the presidential signature. Trump had campaigned on a platform of closer ties with Russia but said he would sign the bill.

There are veto-proof majorities backing the legislation in both the House and Senate. The White House is facing congressional probes and an investigation by special prosecutor, former FBI director Robert Mueller into the nature of links between Trump's campaign and the Russian government.

US to announce retaliatory measures against Russia over election hacks

Several reports have said the Obama administration plans to announce retaliatory measures against Russia for allegedly interfering in the US election. Moscow has said it will retaliate should measures be approved. (29.12.2016)

The American vice president is in the Baltic state to reassure its eastern European allies. The mobile missile system could plug a gap in NATO's defenses in the area. (31.07.2017)

US Senate passes sanctions against Russia