Russia has signed a long-term deal to supply natural gas to China. The agreement comes after more than a decade of negotiations that had repeatedly stalled over the price. 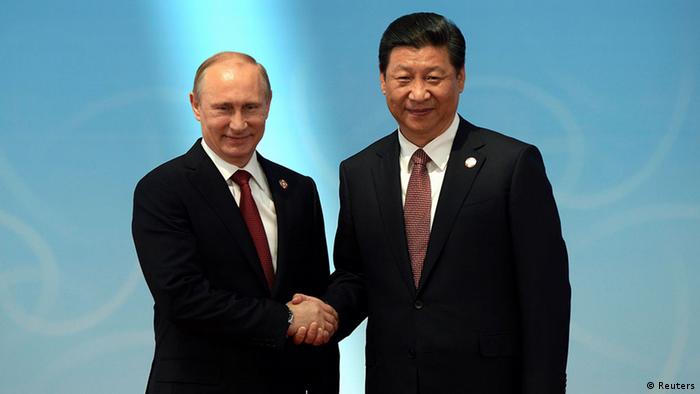 Gazprom said on Wednesday that the Russian gas company had inked a long-awaited 30-year contract to supply natural gas to China.

"This is the biggest contract in the history of the gas sector of the former USSR," Russian President Vladimir Putin told reporters in Shanghai on Wednesday, according to news agency Reuters. He added that both sides were "pleased" with the outcome after hours of negotiations that lasted until the early morning hours.

"Through mutual compromise we managed to reach not only acceptable, but rather satisfactory, terms on this contract for both sides," Putin said, describing his Chinese counterparts as "difficult, hard negotiators."

Under the $400-billion (292-billion-euro) agreement, at least 38 billion cubic meters of Russia's natural gas will begin flowing into the Chinese market annually. The project - which is to begin in 2018 - also includes the construction of a new pipeline to connect China's northeast with Gazprom's line in the Pacific coast city of Vladivostok.

Russian President Vladimir Putin told reporters that his country would be investing $55 billion into the deal, while China would put forward at least $20 billion as well.

The gas deal is a financial and diplomatic boost for Moscow, which has been targeted over the Ukraine crisis.

Moscow and Beijing had been in negotiations for more than a decade, but had been unable to agree on a price.

Chinese President Xi Jinping held talks with his Russian counterpart Vladimir Putin in Shanghai before the planned signing of the gas deal.

Both Chinese and Russian officials are reported to had said they expected a deal to be agreed in time for it to be signed during Putin's two-day visit to the city for an Asia security summit.