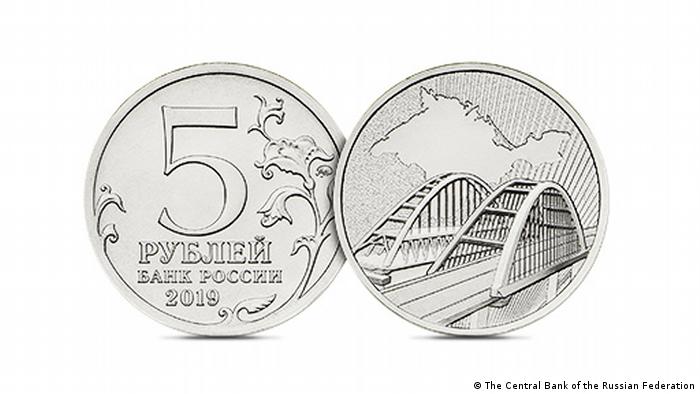 Russia's central bank has issued a new coin featuring the Crimea, or Kerch Strait, Bridge to commemorate Crimea's "reunification with Russia," according to the bank.

Two million new five ruble (about $0.08, €0.07) coins were pressed which also show an outline of the peninsula annexed by Russia in 2014. 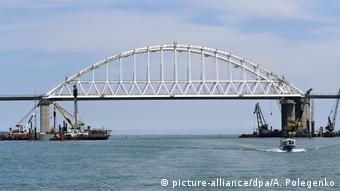 It is not the first tender depicting Crimea after the schism. Only one year after Russian separatists took over, the bank released a 200 ruble note in 2015 to reflect "the desire of the people of Russia to see these symbols on notes," according to the bank's chief, Elvira Nabiullina. The topic of Crimea was chosen by popular demand online.

The annexation of the peninsula was condemned by Kyiv and the West as illegal.

At 19 kilometers long (12 miles), the bridge over the Kerch Strait is considered the longest in Europe, spanning a rough stretch of water previously only serviced by ferry. The project cost 228 billion rubles and was finished six months ahead of schedule in May last year.

The peninsula used to be quite difficult to access, meaning food was previously shipped in and long queues would form for car-ferries. 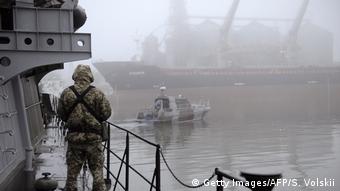 24 Ukranian naval personnel were held in the incident

Since Russia took control of the strait in 2014, it has also become a symbol of division.

Ukraine regarded the stretch between the Black Sea and the Sea of Azov as a vital route for Ukrainian industry and it complained the new bridge didn't allow for the passage of larger ships.

More recently, tensions spiked when the Russian navy seized three Ukranian naval ships and their crew in what many feared to be a precursor to war.