The foreign ministry in Moscow has complained to the new German ambassador, in response to comments from Finance Minister Wolfgang Schäuble. He drew a parallel between Crimea and Hitler seizing the Sudetenland in 1938. 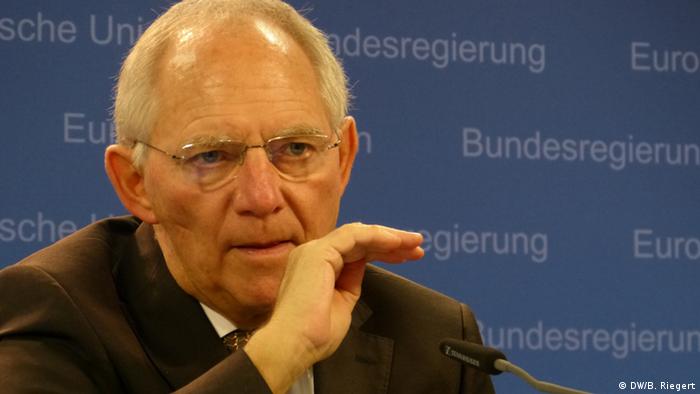 Russia's foreign ministry said on Wednesday that it had issued a protest to Germany's new ambassador in Moscow, Rüdiger Freiherr von Fritsch, over remarks made by Christian Democrat Finance Minister Wolfgang Schäuble. Speaking to a group of school children earlier in the week, Schäuble had drawn a parallel between the annexation of Crimea by Russia last month and the actions of Adolf Hitler's Nazi government prior to the outbreak of World War Two.

"We consider such pseudo-historical references by the German minister provocative," the Russian foreign ministry said in a statement. "The comparisons by him are a gross manipulation of historic facts."

Moscow said that the meeting was not an official summons, but a pre-planned appointment in which current issues concerning German-Russian were discussed. Formerly Germany's ambassador to Poland, Rüdiger Freiherr vom Fritsch took up the post of ambassador to Moscow early last week.

Schäuble on Monday had theorized that should Ukraine face financial ruin, it would be possible that "some armed groups" might take control in Kyiv. He said that this could in turn prompt Russia to intervene, arguing that they were protecting ethnic Russians in the country.

Hitler had used a similar argumentation - that he was protecting some 3 million Germans in the Sudetenland - to justify the sending of German troops into Czechoslovakia in 1938.

"We know all of this from history. Hitler seized control of the Sudetenland - and much more - using such methods," Schäuble said. However, the finance minister also told the students: "We must therefore tell the Russians: 'we are not comparing you with anybody. But you need to know that this is out of line.'"

When asked for reaction to her veteran minister and CDU ally's comments, Chancellor Angela Merkel said she considered the annexation of Crimea to be a "stand-alone case."

"And I already have my hands entirely full with that, because it quite clearly concerns a breach of international law and that is what's important today, that's the stance I am keeping to," Merkel said.

Schäuble later defended himself during a television interview broadcast on Thursday night, emphasizing that he had said he wasn't drawing a comparison between Hitler and Russia.

"I'm not so stupid as to compare anybody to Hitler," Schäuble said on the German talk show "Beckmann."