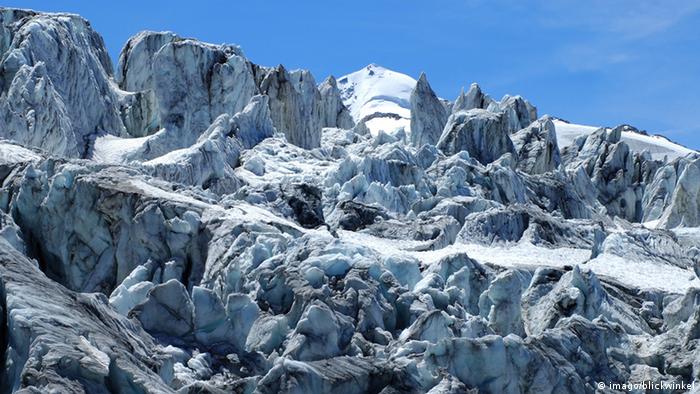 Investigators identified 15 agents — all of them members of GRU's elite Unit 29155 — who visited the Alpine region of Haute-Savoie from 2014 to 2018, according to the newspaper. The list includes Alexander Petrov and Ruslan Boshirov, who are believed to be behind the poisoning of the former GRU colonel and British double agent Sergei Skripal in Salisbury, England, in 2018.

British, Swiss, French and US intelligence agencies launched a joint clampdown on Russia after the poisoning. The investigation eventually found that several other influential GRU agents also stayed in Haute-Savoie — including operatives suspected of a high-profile poisoning in Bulgaria in 2015 and a failed 2016 coup in Montenegro.

Russia has repeatedly denied any connection with the incidents.

The agents would usually fly to a larger French city such as Lyon or Nice and then travel to Haute-Savoie, which borders Switzerland and Italy. Some of them "came many times, others once or twice," according to Le Monde.

They would stay in various towns and villages throughout the region, using it a as a "stopover" before moving on to their missions. Unit 29155 is reported to specialize in sabotage and assassinations.

"The most likely hypothesis is to consider it a rear base for all the clandestine operations carried out by Unit 29155 in Europe," a senior French intelligence official told the newspaper.

The investigators failed to recover any material or weapons used by the by agents, and did not identify any local accomplices, according to the newspaper. However, the counterintelligence was reportedly able to confirm the agents' presence by identifying their places of accommodation, as well as the restaurants and stores that they frequented.

The report comes asFrench President Emmanuel Macron is pushing to reduce tensions with Russia, restart talks on Ukraine and work with the Kremlin in the Middle East. France's government is likely to protest and expel Russian diplomats following the report — but Le Monde's article might ultimately help Macron in his efforts, Martin Michelot, a research fellow at the Europeum Institute of European Policy, told DW.

Michelot said leaked intelligence on Haute-Savoie could be a signal directed at the Kremlin. "I don't think this is a coincidence," said Michelot, who is also a research fellow at the Institut Jacques Delor in Paris. "It's pure strategy — and I honestly think it's a pretty good strategy."

With Macron preparing to host peace talks between Ukraine and Russia next week, the report could show that "France is not naive," Michelot said. "Ever since he has signaled his opening to Russia, he has never showed that he could actually come to the table with leverage, with a bargaining chip, with a something that would prove his strength and his resolve," he added.

"This is why that this is coming out now," Michelot said, "and this is why this is so important."

In addition to the poisoning of Skripal and his daughter with a nerve agent in Britain in 2018, the GRU has been linked to several high-profile plots across Europe in recent years.

In 2018, Moldova sentenced a former lawmaker for spying for Russia. The court found that the politician had been recruited by the GRU to deliver "information of national interest."

Two Russian nationals, Eduard Shishmakov and Vladimir Popov, were recently sentenced in absentia for their role in the conspiracy that led to the failed coup in Montenegro in 2016. Both Shishmakov and Popov are on the list of agents who visited Haute-Savoie, Le Monde reported.

Germany's Der Spiegel newsmagazine, the UK investigative outlet Bellingcat and Russian website The Insider have tied the GRU to the attempt to poison the Bulgarian arms dealer Emilian Gebrev in 2015. Medical samples taken from Gebrev showed traces of the nerve agent Novichok — the same toxin used against the Skripals. The outlets report that seven GRU operatives traveled to Bulgaria to take part in the plot. Four of the named agents are on the list published by Le Monde.

Last month, a video of a GRU agent giving money to a retired military officer surfaced in Serbia. Authorities in Belgrade, whose goals have historically aligned with the Kremlin's, confirmed the video's authenticity.

On Wednesday, Germany's government ordered the expulsion of two Russian diplomats over the brazen murder of a Georgian national in Berlin. The 49-year-old man had fought against Russian troops in the Second Chechen War. Though the German authorities did not specifically refer to the GRU, they said there was "sufficient evidence" to indicate that the Kremlin or authorities in the Russian republic of Chechnya were behind the hit.

Two men suspected by the UK of poisoning Sergei Skripal admitted to traveling to Salisbury, but denied being Russian agents. Alexander Petrov and Ruslan Boshirov claim to be victims of a "fantastical" coincidence. (13.09.2018)