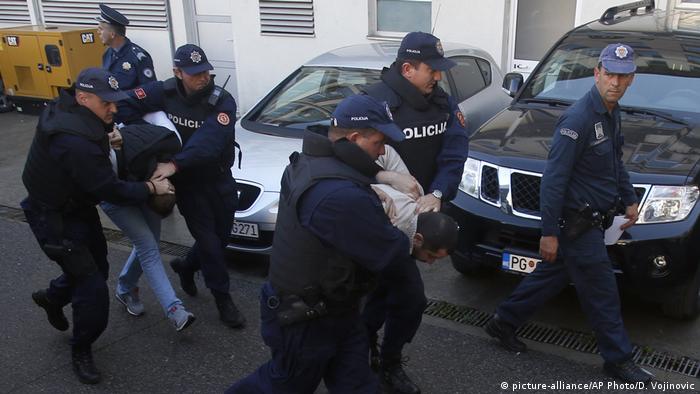 Belgrade claims that "Western and Eastern" intelligence agencies are extremely active in the Balkan nation. What is behind the Serbian government's rhetoric?

Last month, police of the former Yugoslav arrested 20 Serb citizens, including a retired police commander, during the country's parliamentary elections, accusing them of planning armed attacks against state institutions.

"The organizers of this criminal group were nationalists from Russia whose initial premise and conclusion was that the government in Montenegro led by Milo Djukanovic cannot be changed in election and that it should be toppled by force," Katnic said.

The prosecutor said his investigation had been carried out in cooperation with Serbian authorities, adding that an unnamed opposition party is believed to have been involved in the plot.

However, Katnic noted that authorities did not have information directly linking Moscow to the planned assassination.

"We don't have any evidence that the state of Russia is involved in any sense … but we have evidence that two nationalists from Russia were organizers," he said.

The premier presented the vote as an opportunity for Montenegrin citizens to endorse his policy of closer ties with the EU and joining NATO.

The transatlantic alliance has invited the former Yugoslav republic to join the organization.

However, Montenegro's Slavic ally Russia has strongly opposed its membership in NATO, which would likely result in the loss of Moscow's strategic access to the Adriatic Sea, leaving Serbia its only traditional ally in the region.