Serbia: War of spies or public relations debacle? | Europe | News and current affairs from around the continent | DW | 31.10.2016

Belgrade claims that "Western and Eastern" intelligence agencies are extremely active in the Balkan nation. What is behind the Serbian government's rhetoric? 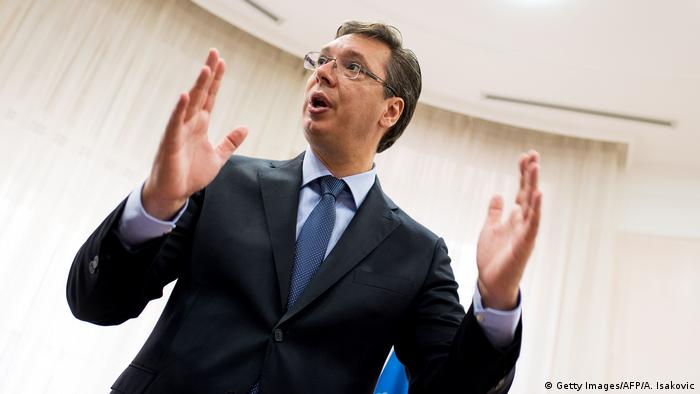 Last week's events overwhelmed even the Serbian public, which is accustomed to hearing scandalous rumors. Prime Minister Aleksandar Vucic (pictured at top) often holds dramatic press conferences broadcast live by pro-government media outlets. Sometimes he just lashes out at Kosovo, sometimes at political rivals - then, the supposed economic boom that lies ahead is announced. But this time, Vucic touched on some hot topics: espionage, a thwarted coup and the story of a small, but unyielding Serbia that is supposedly being harassed by "Eastern and Western powers."

The reason for this was that while citizens of the neighboring Republic of Montenegro were casting their ballots during parliamentary elections in mid-October, the arrest of 20 Serbian citizens attracted a great deal of media attention. They had allegedly planned a coup against outgoing Prime Minister Milo Djukanovic because he wants to lead the small Adriatic nation to NATO membership.

The putschists apparently wanted to help the opposition, supposedly backed by the Kremlin, take power. It is no secret that Russia is critical of NATO's expansion. The Western military alliance's growing reach is painful for the Kremlin, not only because Montenegro is traditionally pro-Russian but also because with the admission of the small nation to NATO, the alliance will have secured the last piece of the Adriatic coast it was missing. 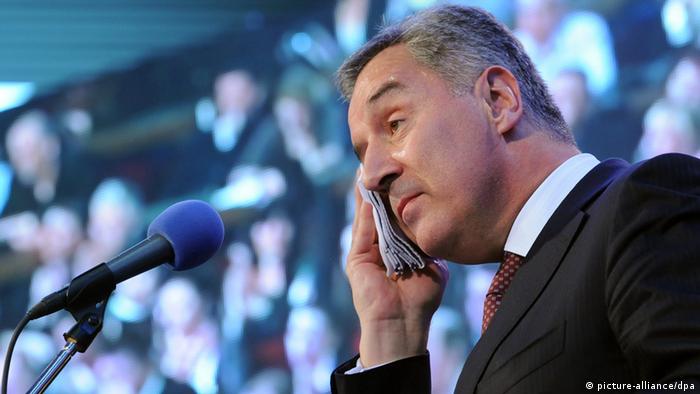 After his party's parliamentary election victory, Djukanovic surprisingly said he would step down

The pro-Western Djukanovic won the election by a narrow margin. The arrests on election day were decisive for his win. Now, his Serbian counterpart insists that a coup in Montenegro had been orchestrated in Serbia. The Serbian prime minister did not provide details, and people are speculating whether Russian intelligence agencies are involved. Many observers feel that this incident was a public relations debacle. Vucic only noted that Serbia would not allow itself to become the puppet of world powers.

"An unclear situation is ideal for populists," said Milos Vasic, an experienced journalist from the weekly paper "Vreme." He is surprised that the government was talking about spies without anyone having been arrested in Serbia, and says everything is a show to divert attention from the real economic problems and intrigues.

"Whenever the government has no arguments, it likes to talk about foreign spies, local traitors and alleged foreign agents," Vasic told DW.

Musings over a "war of spies on the Balkans" were officially fed when Secretary of the Security Council of Russia Nikolai Patrushev visited Belgrade to strengthen cooperation of the two countries. However, many different Serbian papers reported consistently that Patrushev flew three exposed Russian spies out of Belgrade. This was done to avoid a public scandal - that was also written in the Muscovite newspaper "Kommersant." The Serbian minister of the interior and Russia's Kremlin spokesman Dimitri Peskov denied the reports. Officially, relations between the Orthodox nations are still good. 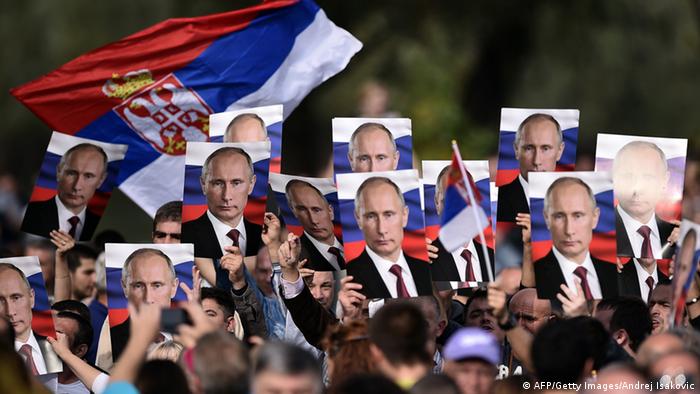 Russian President Vladimir Putin is a popular figure in Serbia

"Because we have so little reliable information, we have been forced to interpret the prime minister's words," Sofija Mandic, of the Belgrade Center for Security Policy, told DW. "If foreign intelligence agencies are planning terrorist attacks in Serbia or Montenegro, then one must ask why is this being discussed publicly without it leading to criminal proceedings. And if some Russian citizens really have been deported from Serbia, why where they not arrested?"

If that was not enough: Last week, it was said that a high-ranking former justice official has been selling confidential information to the CIA for a long time now. The Belgrade paper "Blic" published names and details.

Spy stories lend themselves to the invention of conspiracy theories - a popular pastime in Serbia. "These are the dreams of Serbian nationalist," said journalist Milos Vasic. "The only geopolitical importance of our country is the fact that important traffic routes run here. We should try to establish better train connections instead of wasting our time with these fabrications."

On Saturday, things got even hotter. Police seized a weapon stockpile buried not far from Prime Minister Vucic's apartment. It contained a missile launcher, four hand grenades and ammunition. Vucic seemed nonchalant about it, and the weapons likely came from the wars in Bosnia and Croatia in the 1990s and had nothing to do with the present situation. Yet the tabloids were already outlining a potential attack scenario. "This is the alley where they wanted to blow up Vucic with a missile," was the headline on the pro-government newspaper "Informer." It seems like the PR debacle is far from over.

The location of the weapons cache had been 'ideal' for an assassination, according to the interior minister. The weapons included a rocket-propelled grenade launcher and sniper rifle ammunition. (30.10.2016)

Montenegro's pro-West ruling party has won Sunday's parliamentary vote, according to unofficial results. The news came at the end of a tense day as police arrested 20 Serbian nationals on terrorism charges. (16.10.2016)