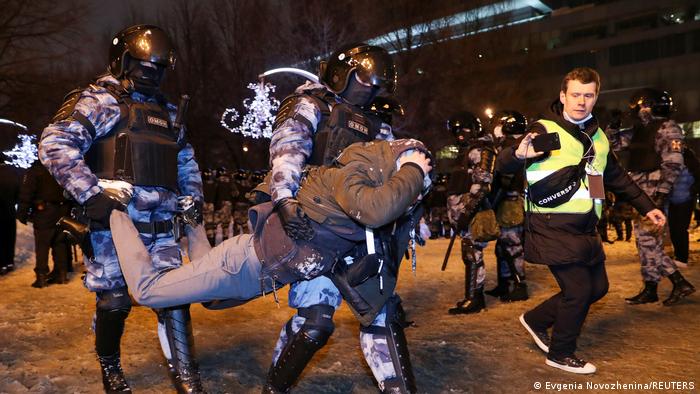 Protests demanding the release of Kremlin critic Alexei Navalny erupted in cities across Russia on Saturday, with a demonstration in Moscow extending into the evening.

More than 3,000 people, including a politician, have been detained, according to the OVD-Info protest monitor. Around 90 rallies took place in over 60 cities across the country.

Of those, at least 1,167 people were detained in the capital Moscow and over 460 in St Petersburg.

Ahead of the demonstrations, police warned that they would be "immediately suppressed."

He was handed a 30-day jail term for violating the terms of a suspended sentence he was given in 2014 on fraud charges. The 44-year-old says the charges are politically motivated.

How did the protests unfold?

Thousands of people gathered in central Moscow to march from central Pushkin Square to the Kremlin. The Interior Ministry estimated 4,000 people attended. Several news agencies reported much higher figures, putting the total number of protesters between 20,000 and 40,000.

DW's Russia correspondent Emily Sherwin reported that despite the arrests, protesters in Moscow remained on the streets well into the evening.

"They're calling for Navalny to be freed and chanting 'We are the power here!' — determined in the face of riot police," she said.

In the evening, hundreds of people gathered outside the high-security prison in Moscow where Navalny is being held but were pushed back by police. Authorities also beat protesters outside the prison and detained several of them.

During the demonstration in Moscow, police violently clashed with protesters, with images and videos showing authorities beating demonstrators with batons and kicking them.

Images of protesters with injuries such as bloodied heads circulated on social media.

A Radio Free Europe (RFE) journalist tweeted a video showing Moscow police kneeling on the neck of a protester.

Navalny's wife, Yulia Navalnaya, was among those detained in Moscow. Navalnaya announced her detention by posting a picture of herself inside a police van on her Instagram account. She was later released from police detention, according to Navalny's Anti-Corruption Foundation.

Sobol is a lawyer for Navalny's Anti-Corruption Foundation. She was also detained on Thursday along with Navalny's spokeswoman Kira Yarmysh for calling on people to join the protests.

Politician Lev Shlosberg tweeted that he had been detained. He holds a seat on the Pskov Regional Assembly, in northwestern Russia.

What were protesters saying?

Many of the people at the protest in Moscow told DW it was their first time attending a demonstration — but that they felt moved to push for change in their country.

"I'm sick of it all. A dishonest government, low wages, no income, no rights. Nothing! [...] You always have to work and your country doesn't give you a thing," one woman told DW.

"That's why. I'm not for Navalny or against Putin. I don't care who's in charge. I just want to live like a human being. That's it," she added.

A man in his late 20s told DW that "we're fighting for our future first and foremost. That's our only goal."

An older woman said that she was "fed up" with the current situation and corruption.

"I want our country to change or else I don't want to live here," she said. 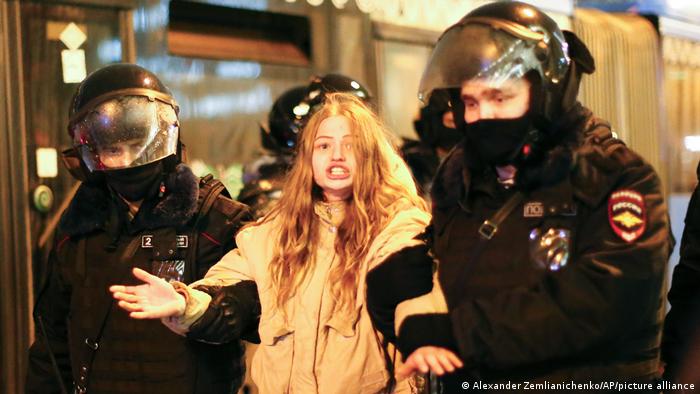 Police detain a woman during a pro-Navalny protest in Moscow

Where else were rallies held?

The day of protests kicked off in cities in Russia's far east which is several time zones ahead of Moscow and the rest of the country.

Navalny's headquarters in Khabarovsk said on Twitter that several dozen protesters were rounded up by authorities in the city shortly after the demonstrations began. Video footage showed protesters braving freezing temperatures and chanting "Shame!" and "Bandits!"

The protests in Khabarovsk are also focused on the arrest of the city's popular former governor, Sergei Furgal.

In Vladivostok, video footage showed riot police chasing a group of protesters down the street.

Some braved temperatures as low as -50 degrees Celsius (-58 degrees Fahrenheit) in Siberian Yakutia to protest.

Outside of Russia, pro-Navalny protests were held in several countries. Several hundred people protested in solidarity in Estonia, while protests were also held in Germany.

Around 2,000 people demonstrated in Berlin calling for Navalny's release. The "Freedom for Navalny" protest marched past the Russian embassy and ended in front of the nearby landmark Brandenburg
Gate. Similar protests were held in Hamburg, Dusseldorf, and Munich.

Small demonstrations were also held in Bulgaria, while 200-300 people protested in Paris. 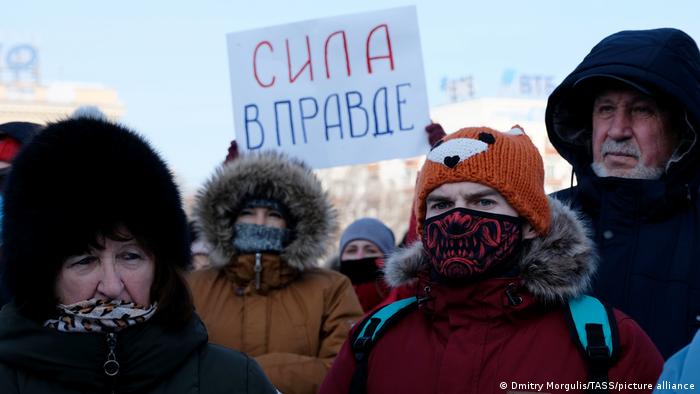 The European Union condemned the mass arrests of protesters and the actions by Russian authorities on Saturday.

"I deplore widespread detentions, disproportionate use of force, cutting down internet and phone connections," the EU's top diplomat Josep Borrell said on Twitter. He added that EU foreign ministers will discuss the "next steps" on Monday.

The United States also rebuked Moscow over the "harsh tactics" used against protesters and journalists and called for the "immediate and unconditional" release of Navalny.

"We call on Russian authorities to release all those detained for exercising their universal rights," US State Department spokesman Ned Price said in a statement.

The British government called on the Russian government "to respect its international commitments on human rights" and to release the protesters who had been detained.

The US, the EU, France, and Canada have urged Navalny's release. Brussels has also imposed sanctions on Russia over Navalny's arrest.

The authorities sometimes interfere with mobile communication networks to make it harder for protesters to communicate among themselves and share video footage online. 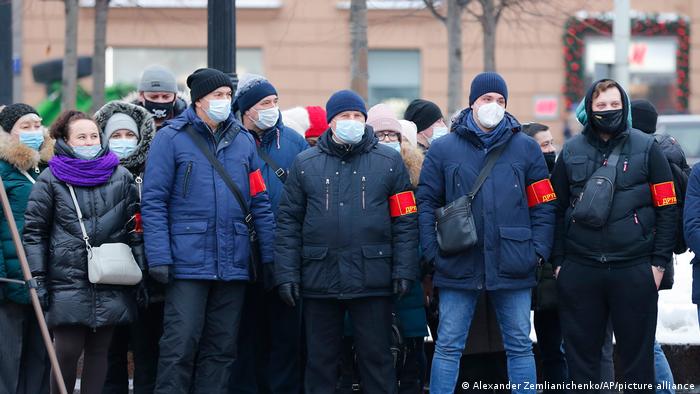 Ahead of the protests, Russia's media watchdog Roskomnadzor accused social media platforms like TikTok of hosting content encouraging and organizing the protests.

It threatened fines if they did not remove content that they alleged encouraged minors to participate in the demonstrations.

In a push to galvanize support, Navalny's team also released a video about an opulent palace on the Black Sea they alleged belonged to Russian President Vladimir Putin — something the Kremlin denied. The clip had been viewed more than 60 million times as of late Friday.