Russia: Navalny ally and activist sent to Arctic base

Ruslan Shaveddinov was detained by authorities in his Moscow home and one day later resurfaced in a remote Arctic Circle military base. Alexei Navalny said Putin was using military conscription to jail his opponents. 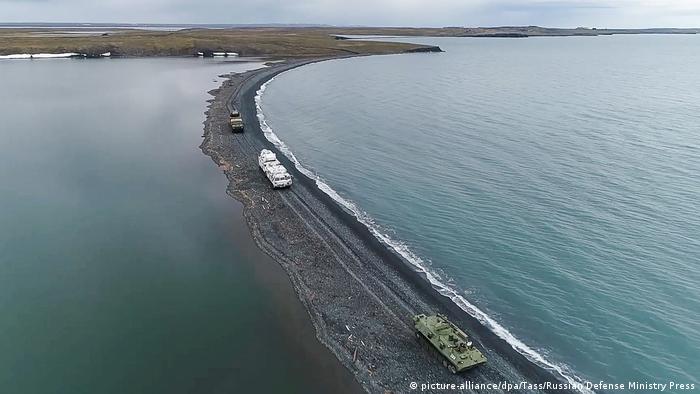 A politician in Russia was reportedly forcibly conscripted to the military and sent to a remote Arctic Circle air base, opposition politician Alexei Navalny said on Wednesday.

Shaveddinov is a project manager at Navalny's Anti-Corruption Foundation. He was also part of Navalny's unsuccessful campaign for the presidency in 2018, working as a TV presenter for Navalny's online channel.

"He has been unlawfully deprived of freedom," Navalny said in a blog post, calling the 23-year-old a "political prisoner."

Shaveddinov was detained on Monday at his Moscow home, after the door to his flat was broken down, the electricity cut, and the SIM card on his mobile phone remotely disabled. 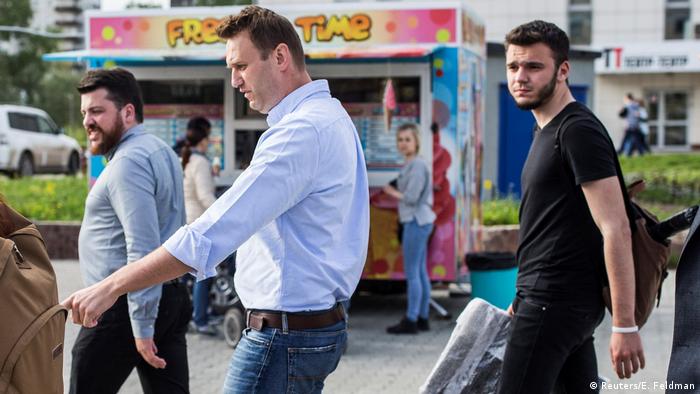 By Tuesday, he was already at a remote military base on Novaya Zemlya (also known as Nova Zembla), some 2,000 km (1,240 miles) north of Moscow and in the Arctic Ocean.

Shaveddinov was able to make a phone call on Wednesday, by using someone else's phone, given that he had been barred from having a mobile phone during his one year of military service, Navalny said.

Men in Russia between the ages of 18 and 27 are eligible for conscription and typically serve one year's military service. However, many find ways to avoid it.

"If he evaded conscription, he broke the relevant law of the Russian Federation," said Peskov. "If he dodged conscription and was conscripted in this way then everything was done strictly in accordance with the law."

But Navalny asserted that Shaveddinov had a valid medical condition that made him ineligible for military service. "Serving in the army has simply turned into a way of locking people up," Navalny wrote on social media.

Opposition supporters staged protests in Moscow, demanding his release. Some even demonstrated in front of the army's headquarters.

Activists have likened Shaveddinov's treatment to the methods used by Tsarist Russia and the former Soviet Union of shipping political opponents to far-off corners of the country.

He has been targeted by police raids, faced hefty fines and long jail terms. But a new poll has revealed that Russian opposition leader Alexei Navalny is barely on the radar in his home country. (05.11.2019)

Opposition leader Alexei Navalny's anti-corruption foundation has been raided again. The crackdown comes after Navalny led protests against the Kremlin this summer. (15.10.2019)