Russia holds the cards in Crimea | World| Breaking news and perspectives from around the globe | DW | 14.03.2014

Sanctions and harsh words for Russia matched with solidarity with Ukraine's interim government: The US president has exhausted his options in the Crimea crisis, but his Russian counterpart still has cards to play. 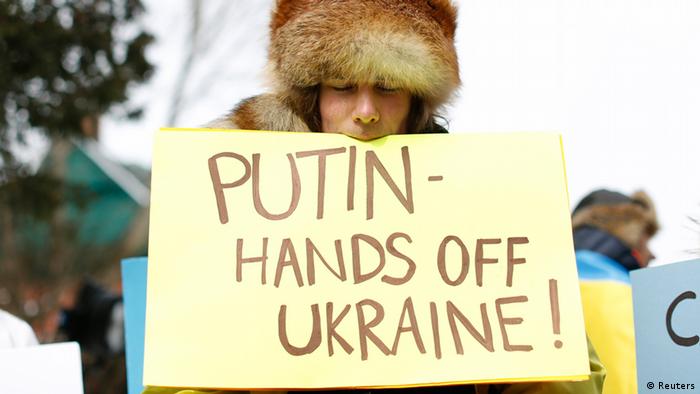 Can the US do more than signal its protest to Russia?

Despite statements from US Secretary of State John Kerry and top European politicians on Friday (13.03.2014) threatening a "very serious" response if Russia were to annex Crimea after a referendum in the autonomous Ukrainian republic this weekend, experts says the United States is running out of ways to pressure Russia.

But while US President Barack Obama is close to the limits of what he can do, Putin still has the potential to make life hard for Obama at a time when the US leader is bent on bringing tens of thousands of soldiers and their equipment safely back home from Afghanistan. One major withdrawal routes passes through Russia, said Christopher Chivvis, a senior political scientist at Washington's RAND Corporation.

"The US is most exposed when it comes to what we call the NDN, which is the Northern distribution network," Chivvis said. "This is the supply system that was set up to supply our forces in Afghanistan."

All 38,000 US troops are scheduled to use the NDN, which runs from the Baltic States across Russia and central Asia to Afghanistan. During the war in Afghanistan, about 40 percent of all US military goods were transported via this route, and Washington paid Moscow about $1 billion (720 million euros) annually for use of its roads.

Obama will have to hope Putin still wants that check.

"If Vladimir Putin were to threaten to restrict or even entirely stop our ability to ship material back through the NDN or back through Russia, this would be more difficult for us," Chivvis said, adding it would increase not only the cost of the withdrawal but also the risks. 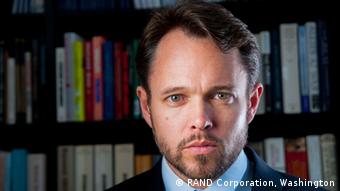 Washington may have to chose an alternate route for the troop withdrawal from Afghanistan, Chivvis said

In that case, the only option left to the US military ground convoys at the moment is the passage across dangerous Pakistani areas held by the Taliban to the port city of Karachi, where both the troops and their gear could be moved to battle ships. Flying all the armored vehicles and other equipment out of Afghanistan would force Washington to dig deep into its coffers.

But the future could present a new possibility. The NDN also has a southern spur that goes through the Caucasus region.

"I would imagine that there are probably efforts ongoing to try to increase the amount of material that we can move through the Caucasus, through that southern spur where Russia doesn't really have any say," Chivvis said.

The question here is what concessions the US would have to make to Georgia, Armenian und Azerbaijan in exchange for the use of their roads.

Putin hasn't yet noticeably focused on the US troop withdrawal, but he has already deflated another project important to the Obama administration: the new START treaty signed in 2010 by then-Russian President Dmitri Medvedev that obligates Russia and the US to reduce the number of strategic nuclear warheads, while allowing mutual inspections of their nuclear arsenals.

Putin is currently considering barring foreign inspectors. That's unfortunate, but it needn't spell the end to the key disarmament treaty, according to David Cortright, director of policy studies at the Kroc Institute for International Peace Studies of the University of Notre Dame.

"It's something that can be accepted if it's not long term - there are other means of monitoring Russian nuclear forces," he said. "Even if we lose those onsite inspections for some period, I don't think it's an irreversible danger."

What is much more dangerous is what a breach of the treaty would signal to countries like North Korea and Iran, Cortright said.

And there's another problem that vexes Cortright. After the breakup of the Soviet Union, Ukraine signed the 1994 Budapest Memorandum on Security Assurances, agreeing to give up 1,600 nuclear warheads. The United States, Great Britain and Russia in turn agreed to guarantee Ukraine's territorial integrity. Moscow appears to regard the treaty as void. 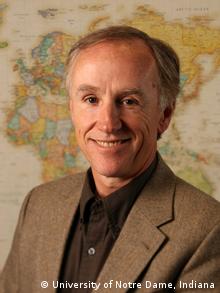 Putin has yet another bargaining chip in hand: he could stand in the way of negotiations on Iran's nuclear program and the destruction of Syria's chemical weapons, both key issues for Obama. Many US government politicians doubt Putin will lose interest in the destruction of Syria's chemical weapons. In the case of Iran, he hasn't been that helpful anyway, Chivvis said.

"Our sense it that what really matters right now is the US-Iran bilateral negotiations," he added. "While Russia does have some influence over the situation, its role is not essential."

But Putin might just turn the tables on US economic sanctions, according to Cortright, and put a stranglehold on Europe's economy by cutting the energy supply to the West. "The goal of that, of course, would be to try to split the US from the European Community so there is not a united front."

European nations' dependency on Russian energy has led some to hesitate before putting sanctions in place against Russia.

German Chancellor Merkel and Polish Prime Minister Tusk have vowed to help Ukraine, beginning with the swift signing of an EU association agreement. They also said they were preparing more sanctions against Moscow. (12.03.2014)