Russia has expelled the diplomats from Slovakia, Latvia, Lithuania and Estonia in a tit-for-tat move amid a growing row over Czech spying accusations. 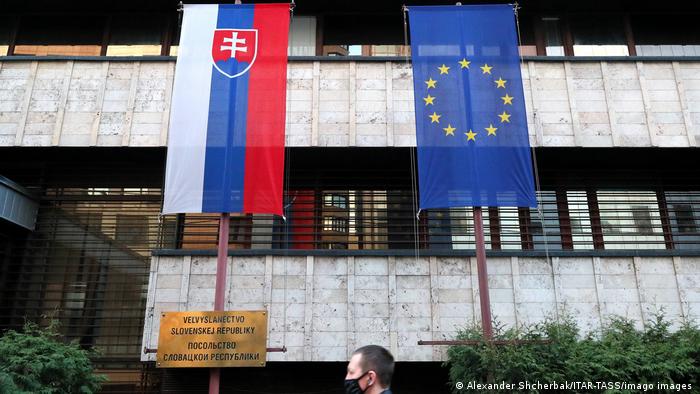 Russia ordered Slovakian diplomats to leave their embassy in the country, along with counterparts from Latvia, Lithuania and Estonia

Russia's Foreign Ministry on Wednesday gave seven diplomats from Slovakia, Lithuania, Latvia and Estonia one week to leave the country.

It is a retaliatory move from Russia after the four countries expelled a total of seven Russian diplomats last week.

The expulsions are part of a growing diplomatic row over spying accusations made by the Czech Republic.

Why Russia has expelled the diplomats

Last week, the Czech Republic ordered most Russian staff to leave the embassy in Prague after accusing Russian intelligence officers of being behind a 2014 explosion at an ammunition depot.

Slovakia, as well as former Soviet republics Estonia, Latvia and Lithuania, then ordered several Russian diplomats to leave in solidarity with the Czech Republic.

In a statement released on Wednesday, the Russian Foreign Ministry condemned Slovakia's move to eject diplomats as "false solidarity."

Slovakia formed a single country with the Czech Republic until 1993. The former country of Czechoslovakia was a satellite state of the Soviet Union.

In a separate statement, Russia said that Lithuania, Latvia and Estonia "continue to conduct an openly hostile course towards our country, in this case hiding behind pseudo-solidarity with the indiscriminate actions of the Czech Republic towards Russia."

Balkan state Romania also ejected one Russian ambassador on Monday, also in solidarity with Czechia, but so far there have been no retaliatory steps taken by Russia against its diplomats.