Italian Prime Minister Giuseppe Conte has said the world "awaits an explanation" from Russia over the alleged poisoning of Alexei Navalny. But a Kremlin spokesman said there are no grounds to open an investigation. 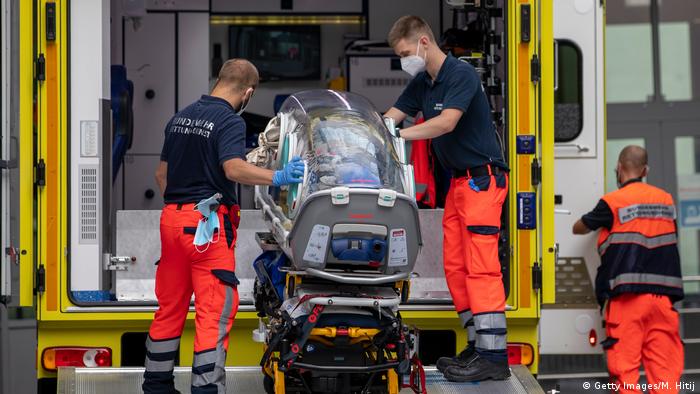 A spokesman for Russian President Vladimir Putin denied reports Thursday that the Kremlin will set up an inquiry into the alleged poisoning of opposition politician Alexei Navalny.

Italian Prime Minister Giuseppe Conte told an Italian newspaper earlier on Thursday that Putin had promised to set up an inquiry into the recent poisoning of his critic Alexei Navalny.

"President Putin has assured me that Russia intends to clear up what has happened, and told me that he would set up a committee of inquiry and was ready to collaborate with the German authorities," Conte told Il Foglio.

However, a Kremlin spokesman told reporters in Moscow there must have been a "misunderstanding."

The UN and NATO have urged Russia to launch or cooperate in an inquiry.

Navalny is currently recovering in a Berlin hospital from poisoning by a Novichok nerve agent. He was taken out of a medically-induced coma earlier in the week.

Russian authorities have demanded that Berlin hand over evidence of the alleged Novichok poisoning, with which they deny any involvement.

US Secretary of State Mike Pompeo also weighed in on Wednesday, publishing a statement that the US believes senior Russian officials may be behind the poisoning.

"We consider unacceptable any direct or indirect suggestions that Russian officials were involved in this," Kremlin spokesman Dmitry Peskov said Thursday.

Read more: Russia hits out at 'hysteria' over Navalny poisoning 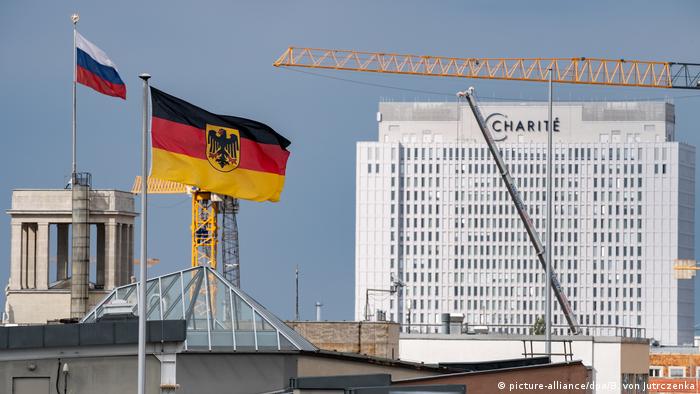 The police protection outside the Charite hospital where Navalny is recovering has been stepped up, German magazine Der Spiegel has reported.

The magazine also reported that Navalny "can speak again and can likely remember details of his collapse," but Navalny's spokeswoman described reports of his quick recuperation as "exaggerated."

"In connection with the latest information about Alexei — we reported on Monday that he had regained consciousness and was reacting to others, but basically the article is very exaggerated and contains many factual errors," Kira Yarmysh wrote on Twitter.

Berlin police did not immediately comment on whether police protection had been increased for the Kremlin critic.

This is an updated version of a previous article when reports indicated that Russia would set up an inquiry into Alexei Navalny's alleged poisoning.