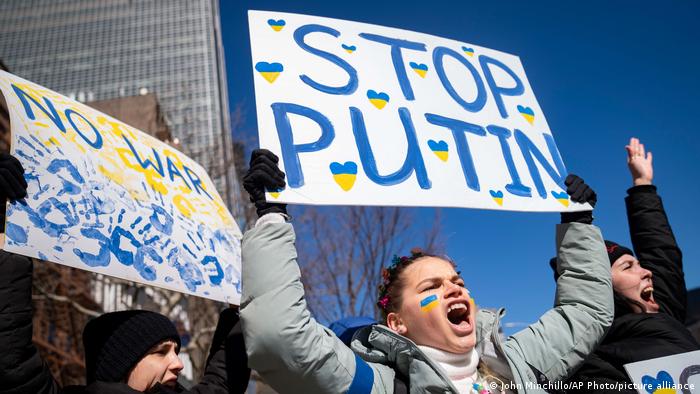 The 193 members of the UN's General Assembly held a minute's silence on Monday for the victims of the war in Ukraine as delegates met for an emergency session to discuss a resolution condemning Moscow's "aggression."

Russia found itself increasingly isolated but defended its "military operation," blaming the violence on Kyiv during only the 11th special session in the UN's 77-year history.

The members of the assembly are set to vote on a symbolic denouncement of Russia's actions, but one that is seen as an important barometer not just for its condemnation of Moscow aggression, but also for the global stance against creeping authoritarianism around the world.

Also, unlike the more prominent Security Council, where a single vote against from veto holder Russia can thwart any motion or resolution, as it did in Friday's emergency session, the General Assembly can move on a two-thirds majority vote rather than a unanimous one.

Certain countries, such as Syria, China and India, are expected to vote against or abstain from condemning Moscow on Wednesday, while those behind the resolution are hoping for more than 100 votes in favor.

What did the Ukrainian representative say?

Ukraine's ambassador to the UN, Sergiy Kyslytsya, was unsurprisingly critical of Russia in his address to the assembly, calling Russian President Vladimir Putin's decision to increase his country's nuclear readiness "madness." 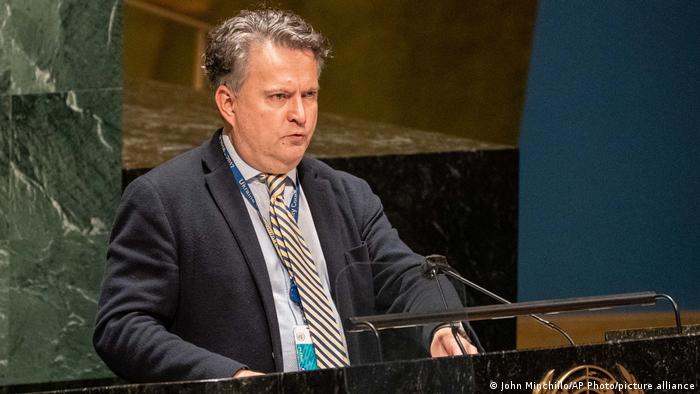 Sergiy Kyslytsya, the Ukrainian ambassador to the UN, compared Russia's invasion of Ukraine to the invasion carried out by the Nazis during World War II

He accused Moscow of targeting residential buildings and civilian infrastructure, which he condemned as "war crimes."

Kyslytsya went on to warn the other delegates of the consequences of Russia's invasion.

Refugees from Ukraine arrive in Germany

UN Secretary-General Antonio Guterres also condemned the violence. "Enough is enough. Soldiers need to move back to their barracks. Leaders need to move to peace. Civilians must be protected," he said.

How did Russia defend its invasion?

He blamed Kyiv for the war, claiming that it had violated the Minsk agreements and repeating the line that Moscow wants to "demilitarize and de-nazify" Ukraine.

Russia also claimed that it had acted in "self-defense," in line with Article 51 of the Charter of the United Nations, but other UN members have rejected this account, saying Russia violated Article 2, which says states should not use force to resolve a crisis. 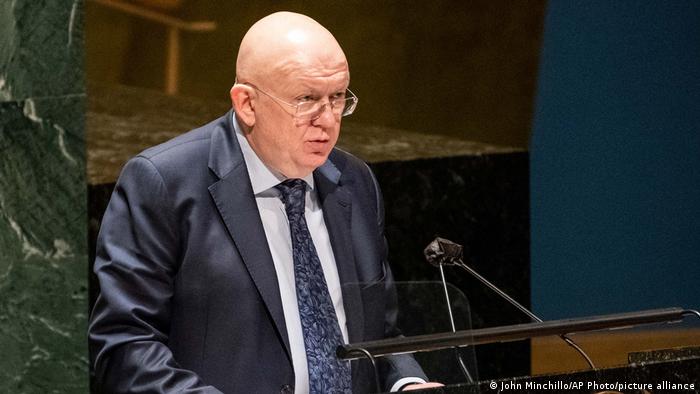 Nebenzya's speech came directly after that of his Ukrainian counterpart

Nebenzya also told the assembly that "the Russian army does not pose a threat to the civilians of Ukraine, is not shelling civilian areas." This goes against multiple reports of Russian strikes hitting residential areas and killing civilians from officials in Ukraine.

The ambassador of China, Zhang Jun, told the assembly that "nothing can be gained from starting off a new Cold War." Beijing has refused to condemn Russia's actions but has called for negotiations to end the violence.