Russia accuses US of hypocrisy over satellite destruction

Russia has acknowledged destroying a satellite in a missile test, as the US had reported. But the Kremlin denies creating a risk to others in space — and says the US is being hypocritical on space safety. 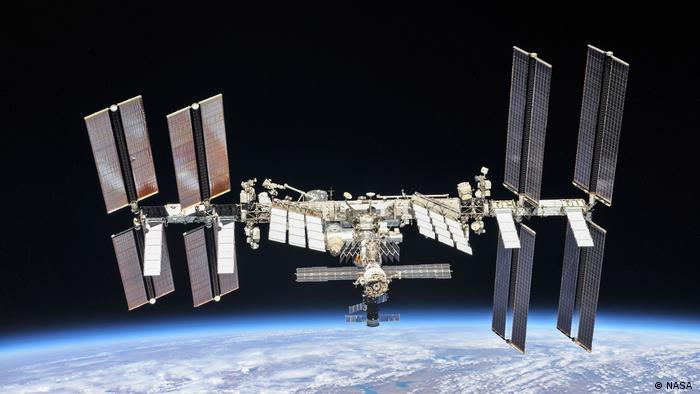 The US has said that Russia's missile test endangered the ISS

Russia's Defense Ministry on Tuesday admitted that it destroyed a Russian satellite in a missile test but rejected claims that it had endangered the International Space Station or other spacecraft in the operation.

"The Russian Defense Ministry successfully conducted a test, as a result of which the Russian spacecraft Tselina-D, which had been in orbit since 1982, was destroyed," the military said in a statement.

What else has Russia said?

The ministry said, however, that debris from the test posed no risk to space activities, contradicting Washington's accusations.

"The US knows for certain that the resulting fragments, in terms of test time and orbital parameters, did not and will not pose a threat to orbital stations, spacecraft and space activities," it said, adding that the US, China and India had conducted similar tests in the past.

At a press conference in Moscow just before the statement was issued, Russian Foreign Minister Sergey Lavrov went on the offensive against the US, saying the country is itself lax on space safety.

"To declare that the Russian Federation creates risks for the peaceful use of space is, at the very least, hypocrisy," Lavrov said, adding that the US had ignored Russian and Chinese proposals to discuss a possible agreement on weapons in space.

What have NATO and the US said?

NATO Secretary-General Jens Stoltenberg on Tuesday called the anti-satellite missile test "reckless," repeating claims that the debris is now a risk to the ISS and Chinese space stations.

Stoltenberg also spoke of the security fears posed by such a test.

"It demonstrates that Russia is developing new weapons systems," he said, and pointed out how important it was to protect systems on Earth that are controlled by satellites.

Bill Nelson, the head of the US space agency, NASA, said on Monday that he was "outraged" by the "irresponsible and destabilizing action."

NASA has said that the crew aboard the ISS — currently four Americans, a German and two Russians — were forced to take shelter in their return ships when the test became known.

US Secretary of State Anthony Blinken said in a statement that the danger was far from over and that the debris would continue to threaten satellites and activities on the ISS.

The German government condemned the anti-satellite missile test as "irresponsible" in a statement released by the Foreign Office on Tuesday. It added it was "very concerned" about the test and its consequences, saying it "will affect the free and unhindered use of outer space for all states for years to come."

Russia's space agency, Roscosmos, said ensuring the safety of the ISS crew was its "main priority," adding that its "automated warning system" was working to prevent all danger to the space station.

The test is reported to have generated more than 1,500 pieces of trackable orbital debris.

The destruction of the satellite is only the fourth time a spacecraft has been hit from Earth.

India is the most recent nation to have carried out such a test in 2019, with Delhi having faced criticism from the United States and other countries for creating masses of "space junk." The US and China shot down satellites in 2008 and 2007, respectively.