First Poland and Hungary — now Romania, too, is set to reshape its judicial system, disregarding heavy criticism at home and abroad. The Romanian president must now decide whether the reform will come into effect. 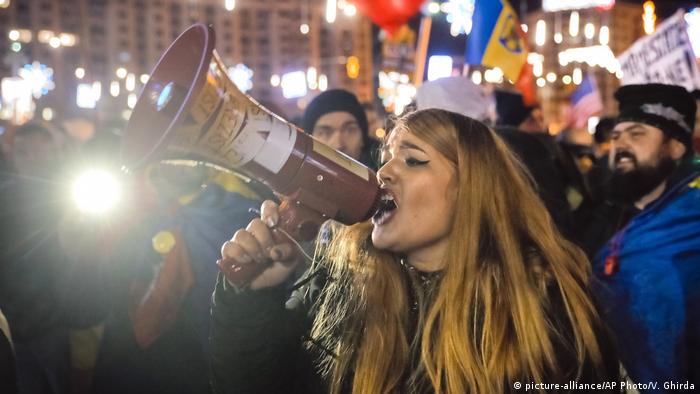 Pre-Christmas protests in Bucharest: There is no shortage of symbolism in a country where December demonstrations toppled its longtime Communist leader Nicolae Ceausescu and led to his Christmas Day execution

The Romanian people and their president chose a symbolic date for their protest. On Thursday, the eve of the anniversary of the December 22 revolution, state president Klaus Iohannis warned his fellow Romanians against political developments in his own country.

"In 1989 Romanians cried, ‘Down with Communism,'" he said. "Now this cry resounds again — as a clear signal to the politicians who, in recent days, have shown that they haven't learned from the mistakes of the past. Defending the ideals of the revolution means defending the institutions of state, the values of freedom and democracy, and respect for citizens."

Tens of thousands of Romanians have been demonstrating for weeks now, united in the belief that a controversial judicial reform threatens the constitutional state, democracy and European ideals and values in Romania. They are protesting not just within sight of the parliament building in the capital, Bucharest, but in all the big towns and cities as well. 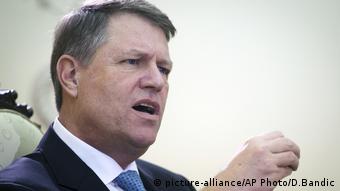 At the start of this year, hundreds of thousands of Romanians took to the streets to protest the plans by the left-wing populist Social Democratic Party (PSD). The justice minister, Florin Iordache, was forced to step down in February, and later a vote of no confidence removed the prime minister, Sorin Grindeanu. After these resignations, the protests died down. However, after a delay of several months, the parliament passed the reform on 21 December. It was pushed through in haste, and the opposition was excluded from some of the debates.

Critics are describing it as a "parliamentary coup" against the judiciary. Now that the parliament has voted, only President Klaus Iohannis or pressure from abroad could stop the reform.

The main areas of concern are a number of changes in the penal code and the code of criminal procedure. These grant the government greater political opportunity to influence the judiciary, while also curtailing the independence of judges and public prosecutors, thereby undermining the separation of powers. 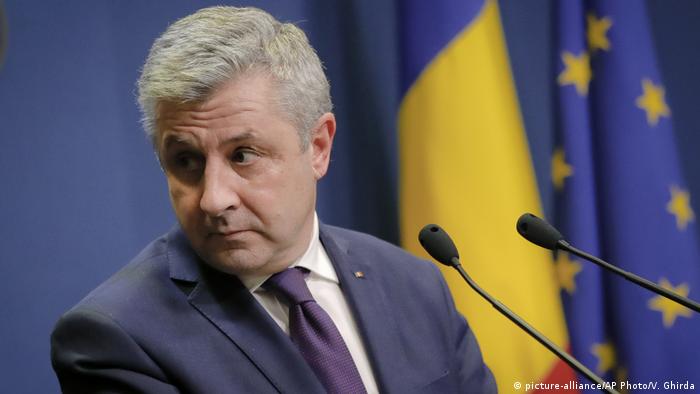 The former justice minister, Florin Iordache, resigned in February following mass protests over a law that would have softened the fight against corruption

Obstruction of police and judiciary

However, the legal reform doesn't just focus on the work of the police and the judges, or that of the anti-corruption authority and its head, Laura Codruta Kovesi; it also addresses reporting on corruption cases, and investigative journalism in general.

A higher, politically appointed body will be given the right to proceed against unfavourable decisions by public prosecutors and judges. At the same time, people under suspicion will have to be informed when they become the object of an investigation. They will also be allowed to be present when witnesses are questioned. Furthermore, it will be possible to close down an investigation if politically appointed senior public prosecutors deem it unfounded or illegal.

Unlike in Poland, where the EU has started sanctions proceedings against Warsaw, the EU Commission's response to the judicial reform in Romania has been comparatively muted. To date, Brussels has merely expressed concern; as have the US Department of State and individual EU states, which have also criticized the reform. So far, though, this pressure from abroad does not seem to have made any impression on the Romanian leadership.

Polish lawmakers have approved changes to the judiciary which would give parliament control over the selection of judges. The decision came in defiance of EU standards for member states to keep an independent judiciary. (09.12.2017)

Liviu Dragnea has appeared before Romanian prosecutors amid claims he illicitly obtained EU funds. His party's attempts this year to decriminalize graft offenses led to Romania's biggest protests since the communist era. (13.11.2017)

Ban on bear hunting in Romania