Romanian civil society is celebrating its success after a decade-long fight against a gold mining project in Rosia Montana. The site was recently included in the country's tentative list for UNESCO World Heritage. 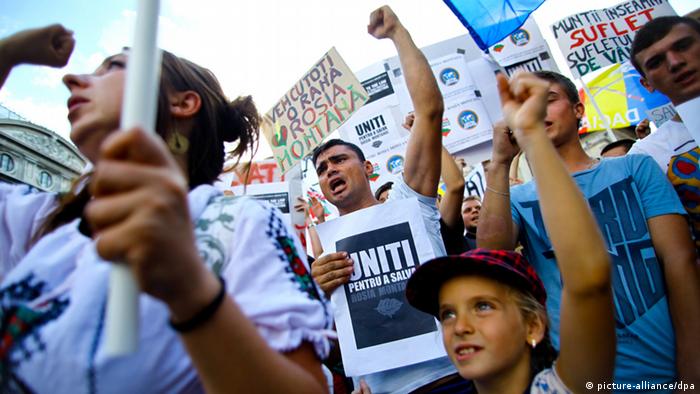 Streets were full of people protesting. There were no "typical" protesters: They were students, retirees, leftist intellectuals, liberals, nationalists. That was Romania in 2013, opposing the Rosia Montana mining project. Protests were billed as the largest since the revolution in 1989, when Romania gained independence from the Soviet Union.

Recently, the movement has taken an important step forward. The village of Rosia Montana and the region surrounding it in Transylvania have been included as candidates for the UNESCO World Heritage List, fulfilling one of protesters' key demands. The Ministry of Culture declared the village site one of historical interest, and has prohibited all mining activity there.

However, the status of the mining project remains unclear. The Canadian mining company Gabriel Resources - which owns almost 81 percent of the Rosia Montana Gold Corporation - still presents the project as "fully scoped and currently in the permitting phase" on its website.

So, how did a whole country mobilize to defend the cause of a village of 4,000 inhabitants? And, what is likely to happen with the mining project, which would have been Europe's largest gold mine?

Gabriel Resources had been trying for more than a decade to implement its gold mining project in the Romanian mountains. Back in August 2013, draft legislation was poised to give the company the green-light to start work on the mine.

The Rosia Montana campaign, initially organized by locals who would have been affected by mining pollution and mountaintop removal, spread through social media. A mass of protesters - the likes of which had not been seen since 1989 - took to the streets to oppose the foreign company's development. 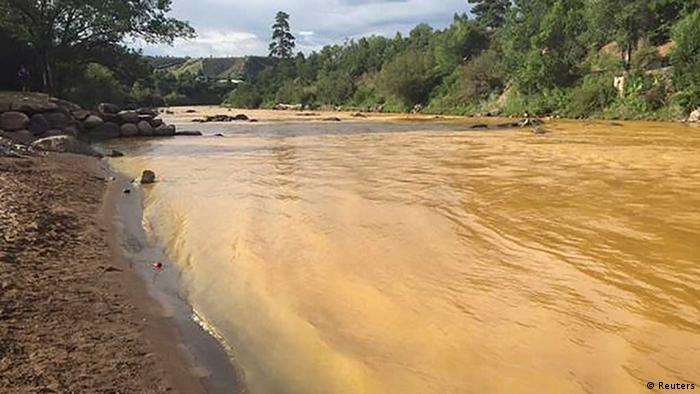 Gold mining disasters like this one in Colorado, in the United States, devastate the landscape and ecosystem

The thousands of protesters were enraged over potential environmental damage, including cutting the tops off of several mountain peaks and the use of cyanide, as well as over destruction of historical sites.

In addition, 2,000 people would have lost their homes, and the private company would have been granted property expropriation rights.

After years of persistence on the part of civil society actors, Romania's ministries of environment and culture on February 5, 2016, announced the inclusion of Rosia Montana in the country's tentative list for UNESCO World Heritage.

This would provide international protection and support to the area. The decision came after 10 consecutive ministries rejected seeking such a declaration.

The Alburnus Maior Association, main representative of the movement to save Rosia Montana, celebrated the governmental decision: "This is not just a huge gain for our cultural heritage; it's a great victory for civil society - for the thousands of people here and abroad who demanded for Rosia Montana to be saved," stated its president, Eugen David, in a press release. 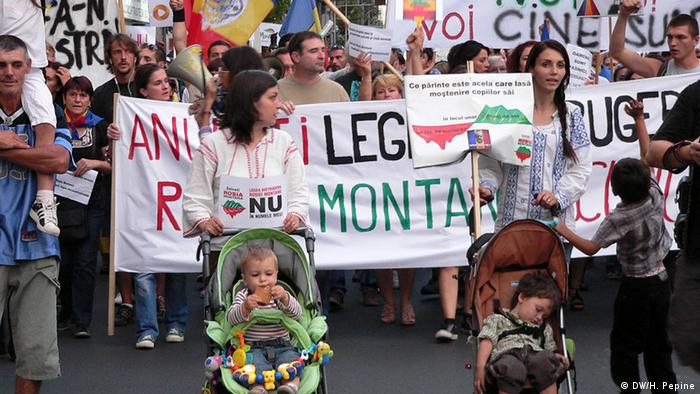 Romanian society came together against the mining project

Environmental damage to a cultural treasure

Environmental impacts from the mine would have reshaped the region by removing the tops of four mountains. Moreover, processing mined gold ore requires the use of cyanide, a highly toxic substance that can harm ecosystems.

Disasters related to gold mining are not isolated cases. Since the 1970s, at least 11 gold mines have caused irreparable environmental damages around the world.

Romania has already twice suffered such impacts. International media named the most recent occasion, the Baia Mare cyanide spill of 2000, the worst environmental disaster since the Chernobyl nuclear accident.

Archaeologically, Rosia Montana is considered a world treasure. "Rosia Montana's mine is the most important Roman mining complex still existing," said Florian Matei, a consultant for the Romanian Ministry of Culture. "It guides us through our history, from Roman times to communism," Matei told DW.

Based on an independent report from British experts, the ministry advisor emphasized that the ancient site must be preserved as a whole, and not only in pieces - as the mining company had proposed. 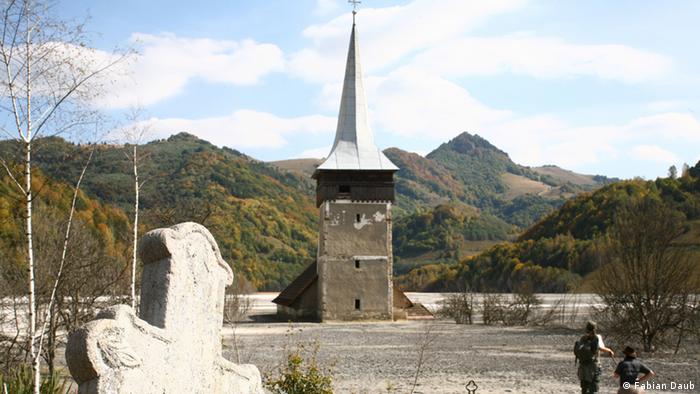 The mining process would alter the village irrevocably

Although Rosia Montana has been included on the country's tentative list of UNESCO World Heritage sites, the fight has not come to an end. The selection process can last for more than two years, and the proposal may be rejected.

On the other hand, a lack of political stability in the field may sabotage conservation efforts. "A new change on the government could favor the mine again," Claudia Apostol, a key leader of the campaign to protect Rosia Montana, told DW. "But we are also very optimistic, the [conservation] situation is improving every day," Apostol said.

The Romanian Ministry of Culture, together with its Ministry of Environment, are working on a sustainable development plan to protect and revitalize the area, Matei added.

Meanwhile, Gabriel Resources continues to seek approval. The mining company refused to make further comment, but provided a document presenting a promise to protect the cultural heritage and work within a sustainable environmental framework.

Apostol does not trust these statements, and is convinced that Romanian people will not leave the future of Rosia Montana in the hands of a mining company. "We've come a long way thanks to the Romanian civil society. You can bet people will stay mobilized!"

"Now, more than ever," Apostol concluded.

Greenpeace activists have staged a protest outside a controversial shale gas exploration site in Romania. They insisted the use of fracking technologies could harm the environment there. (07.07.2014)