Protests erupt in Romania over gold mine | Europe | News and current affairs from around the continent | DW | 04.09.2013

Romania is currently witnessing the largest environmental protests in its post-Communist history. Across the country, thousands of people have taken to the streets in protest of Europe's largest gold mine. 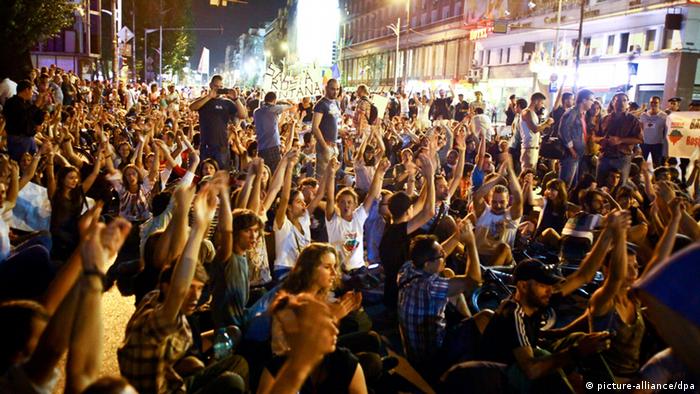 "They take our gold, and we get cyanide," they shout. Demonstrators that range from environmentalists to parents with their children, students, poorly clad pensioners, and well-off looking middle class citizens have been protesting in Bucharest for days now. Their signs read: "Treason in exchange for a bit of money!" "Culture instead of cyanide!"

These people fear that the use of poisonous substances in the Rosia Montana mining project will cause severe damage. Activists have blocked a central square in Bucharest. The protests are to continue for the next week.

"It is great to see that social consciousness is ever growing here, and that it is manifesting itself on the street," Green Member of Parliament, Remus Cernea, told DW.

A lot of gold and a lot of money

Romanian environmental organizations called the protests after the government gave the go-ahead to the project last week. The Rosia Montana gold mine, Europe's largest, had been on hold for the past 14 years. It now awaits approval from parliament, which is set to vote on the project later this month.

President Traian Basescu, who in the past has openly supported the project, said this week that the protests were "justified." He even said that calling a referendum on the project was being considered.

Earlier, Prime Minister Victor Ponta gave a similar statement: As the head of the government, Ponta said he was bound to support the project. On a personal level, however, the prime minister said he was against the operation and that he would vote against it in parliament.

The Romanian-Canadian Firm Rosia Montana Gold Corporation (RMGC) is looking to extract some 300 tons of gold and 1600 tons of silver from the mine, located in northern Romania. The process includes the use of cyanide, one of the main sources of anger among protesters.

The company says it looks to begin operations by 2016, should it receive parliamentary approval. According to estimates, the mine could produce a profit of $2.3 billion (1.74 billion euros). 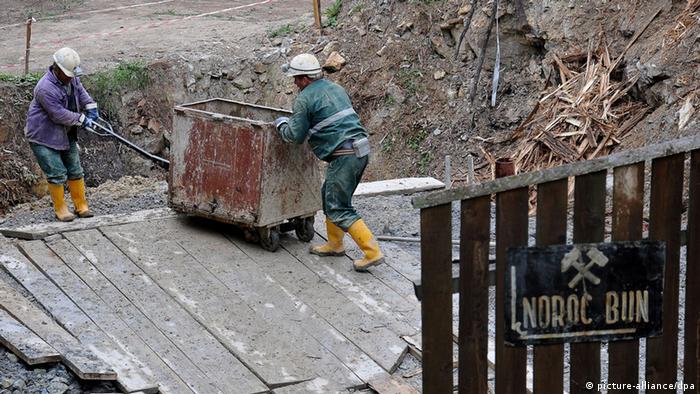 The RMGC's chief investors include the American billionaires John Paulson and Thomas Kaplan as well as the Israeli diamond mogul Beny Steinmetz. In spite of lacking approval for the project, the company has already invested hundreds of millions of dollars, and a significant chunk of Rosia Montana's population has already been resettled. Some residents, however, continue to refuse to sell their property and homes to RMGC.

For the mining to go forward, the valley surrounding the village of Rosia Montana must be cleared completely to create room for the enormous reservoirs intended to store waste water and mud that contain cyanide and heavy metals. Environmental activists fear that the groundwater could be contaminated along the way, though. Furthermore, they warn that constant explosions in the area could lead the reservoir walls to collapse.

"This project is a huge environmental mess," said Eugen David, a farmer from Rosia Montana and head of the NGO Alburnus Maior, which opposes the mining plans.

Ex-culture minister and Democratic Liberal Theodor Paleologu agrees, saying, "The project is technically dubious, the law behind it is against the constitution because it ignores property laws as well as the interests of the Romanian state, and it has corrupted many politicians."

It is, indeed, true that many Romanian politicians in recent years have done a surprising turnaround on the project, including head of state Victor Ponta, who, while a member of the opposition, was a vocal critic of the plans.

Rosia Montana Gold Corporation denies having bribed any politicians. However, the RMGC invested a great deal of money in a PR campaign in recent years intended to convince the Romanian public of the usefulness of the project as well as a purported lack of environmental concerns associated with it. 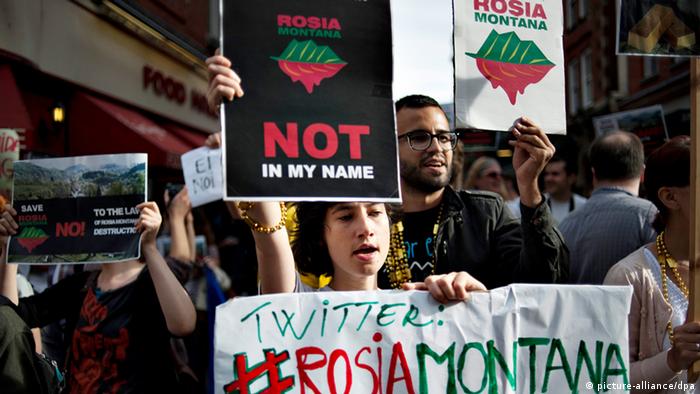 The protests have extended around the world, like here in London

Fears of a repeat catastrophe

A majority of Romanians remain opposed to the prospect of mining gold with cyanide. They arguably have reason for concern. A cyanide accident in the year 2000 in the northern Romanian city of Baia Mare occurred after days of rainfall led a reservoir to burst. In the aftermath, 100,000 tons of mud containing cyanide and heavy metals flowed into the Tisza and Danube rivers, resulting in one of the most serious environmental catastrophes in European history.

Along with the residents in and around Baia Mare, Hungary emerged as a principal victim of that disaster. There, nearly all life was extinguished within several hundred kilometers of the Tisza.

Hungary fears that such a scenario could repeat itself, and its government has repeatedly issued protest against the Rosia Montana project. On Monday (02.09.2013), Budapest again called on the Romanian government to stop the project.

"Gold mining with the use of cyanide technology involves serious environmental risks, endangers groundwater and bodies of water as well as biodiversity, as the citizens of Romania and Hungary experienced first-hand during the Baia Mare catastrophe," Hungary's Ministry of Foreign Affairs said in a statement on the matter.

There has been a surge in Czech neo-Nazi activity this year, with marches and demonstrations held in towns and cities across the country. DW looks at what effect this movement is having in the Czech Republic. (30.08.2013)