Romania had long swept under the rug its role in the Holocaust. The museum is meant to educate and raise questions about the country's role in the deaths of Jews and Roma during the time it was allied with Nazi Germany. 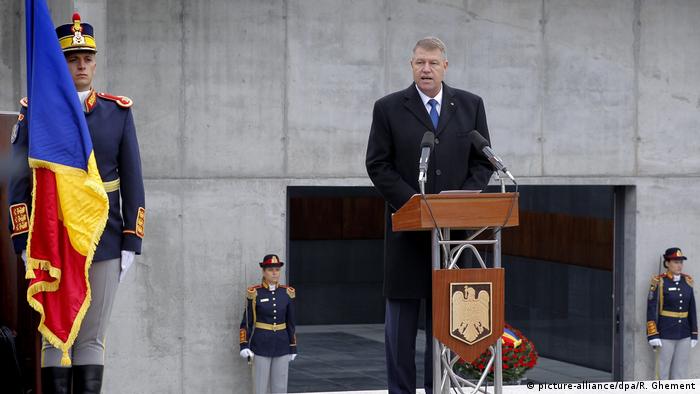 Romania's President Klaus Iohannis on Tuesday approved the creation of the country's first Holocaust museum in Bucharest aimed at informing the public and shedding light on the Nazi-allied regime's role during World War II.

"The history of Jewish Romanians, their contribution to the country's development and the tragedy experienced during the war... represent a legacy which was hidden from us for decades," Iohannis said Tuesday at a ceremony attended by Holocaust survivors.

"This museum will not so much bring answers as raise more questions," he added.

"The Romanian state demonstrates consistency in meeting the goal aimed at recovering the memory of the Holocaust, strengthening the education about the Holocaust and combating anti-Semitism," Iohannis said.

The country had long downplayed any role in the Holocaust, but in 2004 an international panel led by Nobel Peace Prize winner Elie Wiesel estimated that between 280,000 and 380,000 Romanian and Ukrainian Jews perished from territories under Romanian administration.  It also found 11,000 Roma were killed.

The new museum, coordinated by the Elie Wiesel Institute for the Study of the Holocaust in Romania, will be located in an eight-storey building in central Bucharest.

Romania switched sides in the war in 1944. The communist regime that later followed did little to uncover crimes committed during the Holocaust.

Between 1941 and 1944, German soldiers and police shot and killed more than 1 million Jews in Ukraine. The German government now wants to raise awareness of this chapter in history. (29.08.2019)