The economic fallout from the coronavirus pandemic could push tens of millions of people into deeper poverty — and hunger. Across parts of Africa and Asia, starvation could be deadlier than the disease itself. 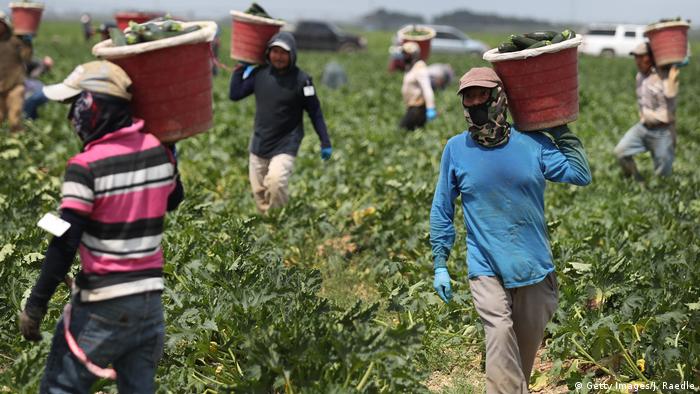 Recessions caused by the coronavirus pandemic are leaving people hungry and raising the specter of famines this year. Unless the world acts immediately, a UN report published this week says, it could spell a global food emergency of a "severity and scale unseen for more than half a century."

Although there is enough food to feed the world, not everybody can afford to buy it. In regions like East Africa — already fighting off locust swarms and weather extremes — widespread job losses could spiral into famine, said Maximo Torero, chief economist at the UN's Food and Agriculture Organization. "It's a terrible problem of food access."

Lockdowns at the start of the pandemic sent shock waves through the global food system, resulting in millions of tons of crops left to rot in fields as countries closed borders and farmers stayed home. While global food supplies are now stable, supply chains in some countries have still not recovered.

But, with lockdowns easing, a bigger crisis is growing clearer: the economic fallout from the pandemic could push tens of millions of people into deeper poverty — and hunger. 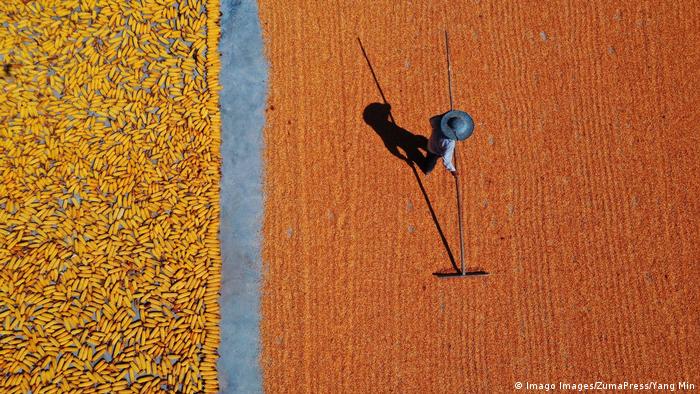 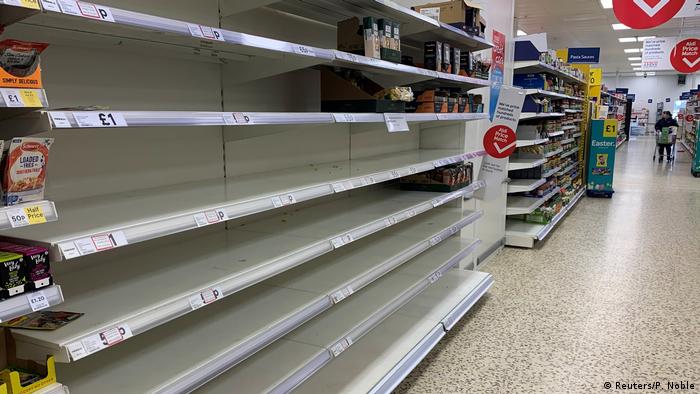 The global economy is set to shrink by about 3% this year, according to the IMF, and remittances — the money workers send home to their families from abroad — have dropped by about 20%, according to the World Bank. Because rich countries have been hit harder by the pandemic, experts worry funding that could avert food crises in poorer countries may fall short. Countries across Africa and parts of Asia will struggle more to finance stimulus packages to kick-start their economies.

The global financial crash in 2008 is "nothing compared to what we are facing today," said Torero. "All the world is in recession, so the shock will be brutal." 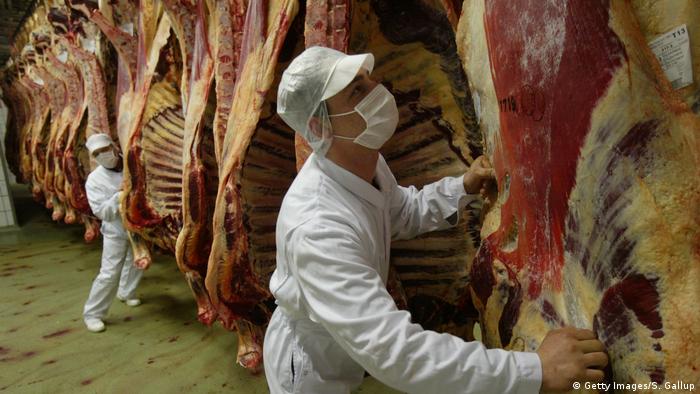 The meat industry has been a hotspot of coronavirus outbreaks 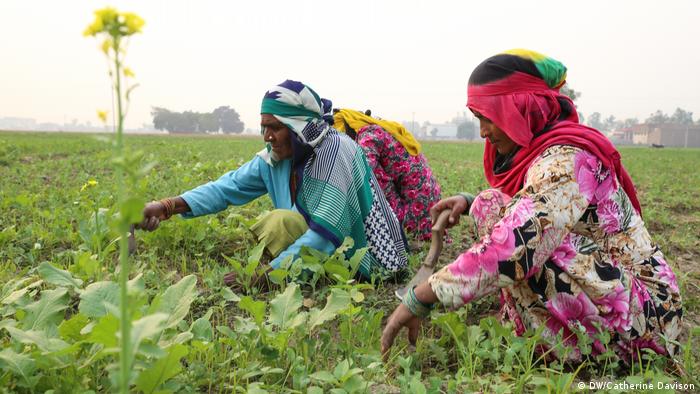 Climate change is exacerbating food insecurity in many countries

The World Food Program estimated in April that world hunger will double this year, bringing the total to 265 million people — more than 3 in every 100 humans on the planet. Most of those suffering from acute food insecurity live in countries reeling from conflict, climate change and economic crises. In total, 821 million people are going hungry in some form.

The global food system was fragile even before the pandemic. Just nine plant species account for more than two-thirds of global crop output and they are increasingly threatened by soil erosion, rising temperatures, extreme weather and disease. The ten countries with the worst food crises last year —Yemen, the Democratic Republic of Congo, Afghanistan, Venezuela, Ethiopia, South Sudan, Syria, Sudan, Nigeria and Haiti — all struggle with conflict and political unrest.

Like climate change, the pandemic makes a "perilous situation worse" by multiplying other threats, said Asaf Tzachor, a food security expert at Cambridge University's Center for the Study of Existential Risks. In several countries, "these converging crises may cripple food systems."

Pacific island states, for instance, rely on tourism for up to 70% of national income and spend billions of dollars importing food. Travel restrictions that grounded flights have wrecked tourism and made some imports scarce.

India, which is the world's biggest exporter of rice, milk and pulses, has been hit by droughts and floods, and soil erosion is eating away the fertility of 7.5% of the country's land. Now facing the worst locust swarms it has seen in 30 years, it has also seen supply chains disrupted by the pandemic, though efforts to connect farmers directly to customers may be helping to reduce food waste. 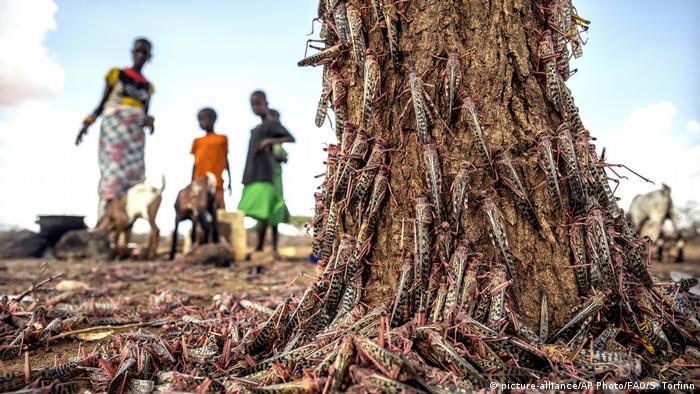 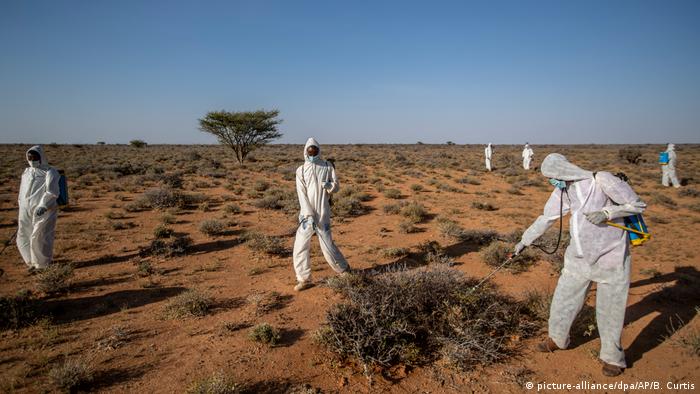 In most of Africa, people are more likely to die from starvation caused by the economic fallout from the pandemic than from the disease itself, according to the International Fund for Agricultural Development. More than half of Africans are smallholder farmers and agriculture is a central pillar of economies across the continent.

People working in the informal economy — thought to account for more than one-third of sub-Saharan Africa's GDP – are particularly vulnerable because they do not have access to safety nets, said Wanjira Mathai, Regional Director for Africa at the World Resources Institute. "Those at the margins of poverty, for whom these shocks have plunged into greater states of poverty … those are the people who we worry a lot about."

In East Africa, where desert locusts have ravaged land and razed crops, farmers have endured a succession of shocks that leave them less able to cope.

The FAO says that 13 million people in countries like Ethiopia, Kenya, Somalia, Djibouti and Eritrea have either run out of food altogether or go a full day at a time without eating. The devastation has left these countries more dependent on imports — and more vulnerable to travel disruptions from lockdowns. "Some farmers are crying," said Ara Nashera, an organic farmer near Mount Kilimanjaro in Kenya. Hungry for credit, "others are smiling to the banks."

Even if the extremes of famine are averted, many more people will still be living on the edge. That will force people to sell belongings, reduce the quality of meals and stop sending their kids to school just to "keep food on the table," said Susanna Sandstrom, an economist at the UN's World Food Program. "There would be people who have to beg, and use risky coping strategies, to meet their food needs."