Obituaries, funeral services, grave maintenance fees: Germany has an array of laws and traditions when it comes to death and burial. But new trends are bringing change.

Deciding on an urn or casket, signing a contract for grave plot maintenance, selecting funeral speeches, organizing the memorial service, sending out obituaries individually or getting them printed in the newspaper: The bereaved have a lot to decide and take care of after a loved one's death. Close to 1 million people die in Germany every year.

At the same time, cemeteries increasingly face vast, unused spaces, as many graves — which are not considered to be property in Germany but are rented — free up after a certain number of years.

Depending on the environment and soil conditions, local cemetery administrations decide on the length of the lease for a grave, which varies throughout Germany; after all, they do want to allow enough time for a body to decompose properly. In some instances, families can renew leases indefinitely, of course.

But in the case of single gravesites that are not renewable after that "rest period" has expired, the gravesite is cleared — and can be reused. If it is not needed, the area is usually turned into a lawn.

Two major trends have been changing German funeral culture these past years, namely the increase in anonymous and semi-anonymous burials, and a move toward a more individual touch, said Jutta von Zitzewitz of the Düsseldorf-based German Funeral Culture Foundation. The ratio of cremation to casket burial is now 70 to 30 across Germany, the expert told DW.

Cemeteries are valued as national cultural treasures and public spaces of mourning. But von Zitzewitz warned that services provided there urgently need to be modernized to better reflect mourners' individual wishes, otherwise they'll become a thing of the past. 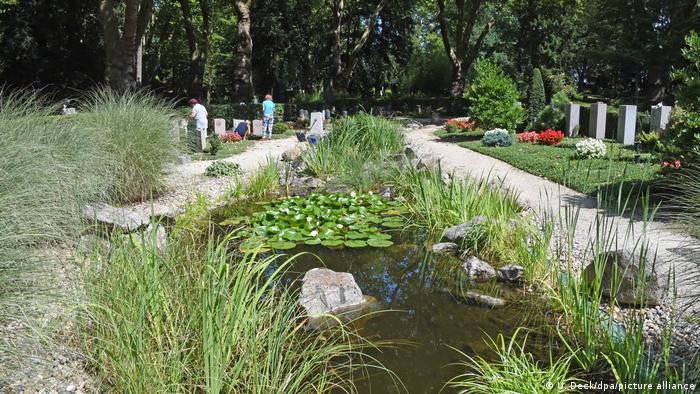 Some model cemeteries in Germany, including Europe's largest cemetery in Hamburg-Ohlsdorf, already cater to people's special funeral wishes and offer a wide array of burial variations, said von Zitzewitz. For the most part, however, German cemeteries with their many rules and regulations are inflexible, and their services are "old-fashioned" and too expensive for mourners, she added.

"Cemeteries are as important as operas and museums, and should receive similar state funding in the long run," she said.

Through the cremation trend and an increase in burials that don't need a cemetery at all — such as burials at sea or in forests — many German cemeteries are now finding themselves with large unused spaces on their hands. After all, a gravesite for an urn is considerably smaller than for a casket.

Read more: Six feet under: Hamburg allows people to be buried with pets 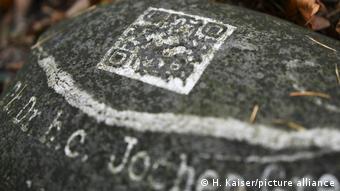 Large, park-like communal gravesite areas — maintenance-free, which is unusual in a country where families typically rent a plot for 20 to 30 years and are responsible for its often pricey upkeep — are also increasingly popular in Germany. A loved one's individual gravesite may not be defined or marked there, but mourners definitely have a place of commemoration.

Of course, some traditions endure, including the funeral service and a reception afterward — only the framework has changed, according to von Zitzewitz, who argues that mourners increasingly opt for a "tailor-made farewell with traditional elements."

Churches are not necessarily involved in funeral rites, while digitalization offers interesting options like digital mourning forums and QR codes on gravestones.

Forget custom-made death notices and funeral invitations: Some funeral homes now even offer to take care of those tasks via messaging apps. 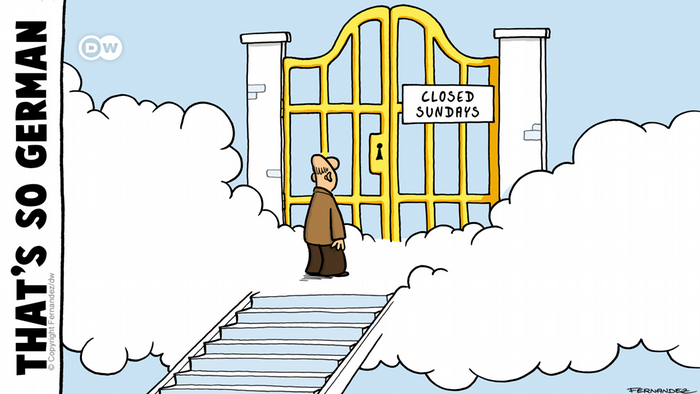 Stores are closed in Germany on Sundays, but what about the gates of heaven? Cartoonist Fernandez pokes fun at the country's habits in his weekly series 'That's so German'

Grave site apps and tombstone QR codes are taking cemeteries into the 21st century — and keeping alive memories of the deceased, particularly those of dearly departed celebrities. But some worry about data privacy. (26.11.2018)

Germany has strict burial laws and quite a few funeral traditions, from mandatory coffins to the time-honored "corpse snack." DW gives you the lowdown on established popular conventions, as well as the newest trends. (25.10.2018)