Six feet under: Hamburg allows people to be buried with pets

Under a new law in the German city-state, animal lovers can have their pets join them in eternity. There are plans to set aside a special section in a city cemetery for the joint burials. 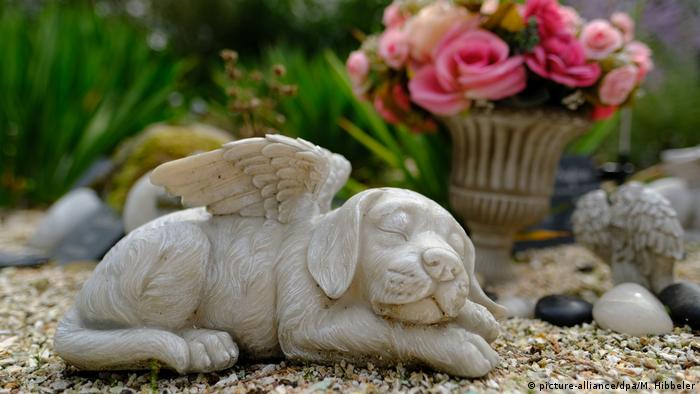 Animal lovers in the northern German city of Hamburg will soon be allowed to be buried with their pet, the city legislature has decreed.

Under the new burial law, the cremated ashes of a beloved pet would be placed in an urn in a pre-arranged grave waiting for their owners to join them. If a pet owner passes away first, family members would be responsible for arranging the burial of the pet.

"Many people have a very close and emotional relationship with their pets," said Green party spokeswoman Ulrike Sparr. "The animals are like part of the family, and it's only logical to permit a common grave."

Sparr added that cemeteries in Hamburg should have a special section set aside for animal burials to respect anyone who doesn't support the idea.

A spokesperson for Hamburg's cemeteries told Germany's KNA news agency that plans are in place for a large cemetery in the north of the city to set aside a hectare (2.5 acres) of land for the pet-person burials.

The spokesperson added that the burials are intended for smaller pets like dogs and cats, and not larger animals like horses.

There are currently around 150 pet cemeteries in Germany, however, there are very few communities that allow people to be buried with their pets. Hamburg's cemetery authority said it will likely be a year before the first burials take place.

From mandatory coffins to the time-honored "corpse snack," Germany has an array of burial laws, funeral traditions and customs through which nearly one million people pass through each year en route to the afterlife. (31.10.2018)

A man in Germany felt so besieged by a rodent that he called the police emergency number. The baby squirrel has been taken to an animal sanctuary. (10.08.2018)