A rampaging cow prompted German police to deploy a helicopter with thermal imaging abilities after the animal ripped through a Bavarian town. The cow attacked its owner, smashed a greenhouse and damaged a patrol car. 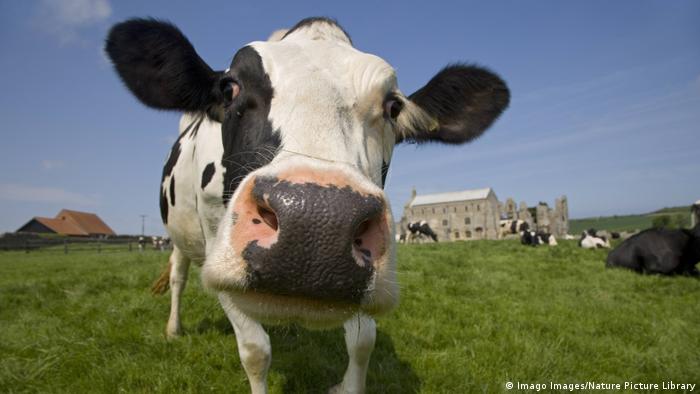 A runaway cow triggered an hourslong police chase in the Bavarian town of Sand am Main, with authorities deploying several police cars and a helicopter equipped with a thermal camera. Local volunteer firefighters were also asked to assist in boxing the animal in.

The 600-kilogram (1,324-pound) bovine was tracked down four hours after its owner noticed it had fled his nearby farm on Saturday evening.

"It may sound funny initially, but it was a very dangerous deployment," police commander Andreas Winkler was quoted as saying by the local Licha-Media.de news outlet.

Initially, the owner said two cows had escaped from his enclosure, but he soon managed to catch one of them. With help from authorities, the other one was located near a supermarket but then took off again toward the center of the town. The animal trampled through a greenhouse and a camping ground, prompting police to warn residents to move out of the way.

The spooked animal also destroyed a scooter and damaged a police car.

The farmer, who tried to help calm the animal down, was also attacked and knocked down by the cow, but sustained no serious injury.

Eventually, a police helicopter discovered the animal in a dead-end alleyway. Police and the volunteer fire department used their vehicles to cut off its retreat and a veterinarian used a blowpipe to shoot the animal with a tranquillizer dart. According to the dpa news agency, the owner managed to transport it back to the farm early on Sunday.