Bavarian cow freed from bridge after wanting more from life

A cow in southern Germany, disillusioned with the simple life of the herd and "looking for a change," decided to forge its own path. But that adventurous spirit put it in a precarious situation on a bridge near Austria. 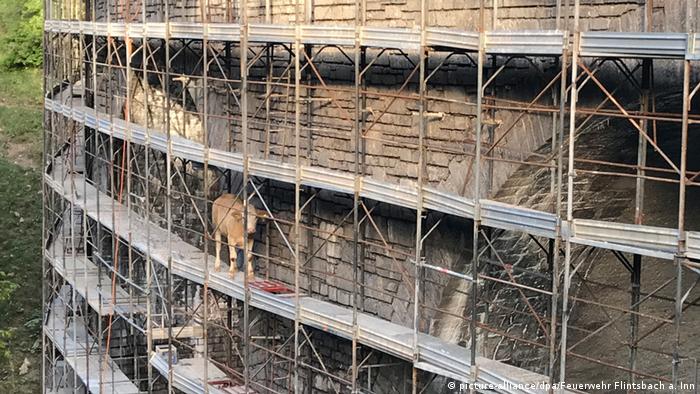 Firefighters have saved an adventurous young cow from a bridge in the southern German state of Bavaria near the Austrian border.

Hikers informed local police after spotting the forlorn bovine on scaffolding along the side of the Arzmoosbrücke bridge south of Rosenheim on Saturday evening.

"[The cow] panicked and fell down two stories of planks between the bridge and the scaffold," Flintsbach fire service said. After landing on the scaffold, a 5-meter (16-foot) gap stopped the cow from moving any further. 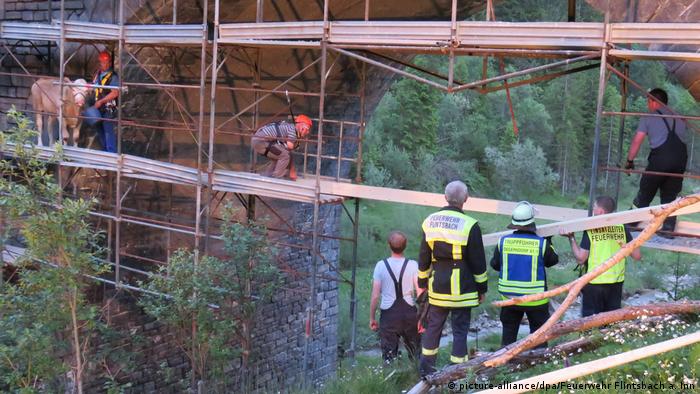 Some two dozen firefighters secured the cow and placed a makeshift bridge over the gap to allow it to escape with very minor injuries. The owner was also present to reassure the cow during the ordeal.

As to why it had strayed so far from its herd and tried to cross the bridge, Flintsbach fire service said the answer was "clear."

The young cow wanted an "adventure" after having "become quickly bored with the cattle life."