Right-wing rally gets underway in Berlin

A Berlin court overturned a ban on a right-wing rally after the state interior ministry said the candle-lit march would negate the meaning of memorials on the anniversary of the Kristallnacht pogrom. 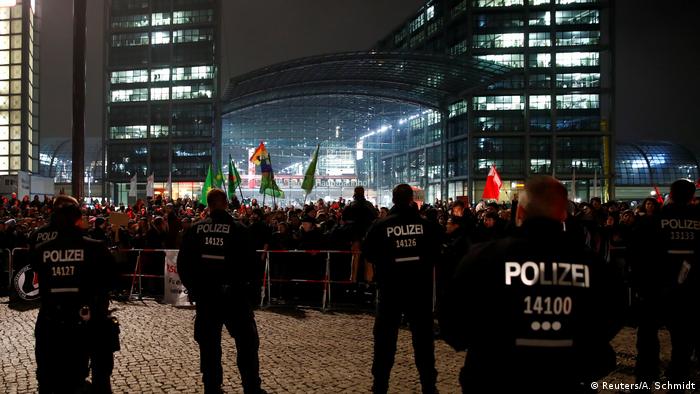 A right-wing rally got underway in the German capital on Friday evening after Berlin's Administrative Court lifted a ban on the protest, which took place on the 80th anniversary of the Kristallnacht pogrom against Jews. Large counter-protests also took place in the city.

The march, organized by right-wing movement We are for Germany (WfD), had been called off on Wednesday by Berlin's interior minister, Andreas Geisel.

Geisel, a member of the Social Democratic Party (SPD), had banned the rally saying its timing would negate the meaning and the significance of the memorial day.

"The idea that on the 80th anniversary of Kristallnacht right-wing extremists could march through the government district – perhaps in the dark with burning candle – I find it unbearable," said Geisel. 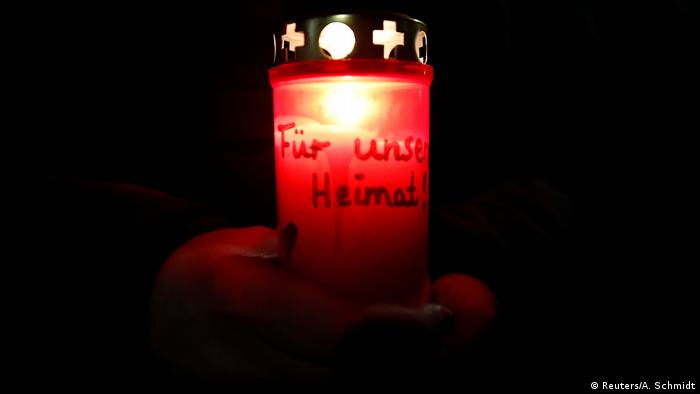 However, Berlin's Administrative Court ruled the ban was illegal and allowed the rally to take place. A court spokesperson said the march did not pose a threat to public order, a condition necessary to impose such bans.

Geisel said he would appeal the court's decision.

Organizers called We are for Germany's rally a "funeral march" to "commemorate the victims of politics and their actions." Participants were invited to bring along candles to the march, which is planned to start near Berlin's government district.

The group, a nationalist and anti-EU movement, said it stands for German culture and identity.

Anti-fascist groups have organized counterprotests to oppose what they call a "right-extremist provocation."

The significance of November 9

On the night of November 9, 1938, Nazi Germany launched violent riots against Jews across Germany.

Between several hundred and 1,300 people are estimated to have been killed or driven to suicide – although the official numbers list only 91 victims. Hundreds of Synagogues, prayer rooms and Jewish businesses were destroyed.

The events were a first indication of what would happen later during the Holocaust.

In a speech to the Bundestag on Friday, Germany's President Frank-Walter Steinmeier warned against a "new, aggressive nationalism" and called instead for a stronger "democratic patriotism."

A Warsaw court has overturned a ban on a far-right march to mark Poland's centennial celebration of independence. Organizers were emboldened by the ruling, saying it has made them "victorious." (08.11.2018)