Right-wing extremists in Germany to face amped up intelligence | Germany | News and in-depth reporting from Berlin and beyond | DW | 17.12.2019 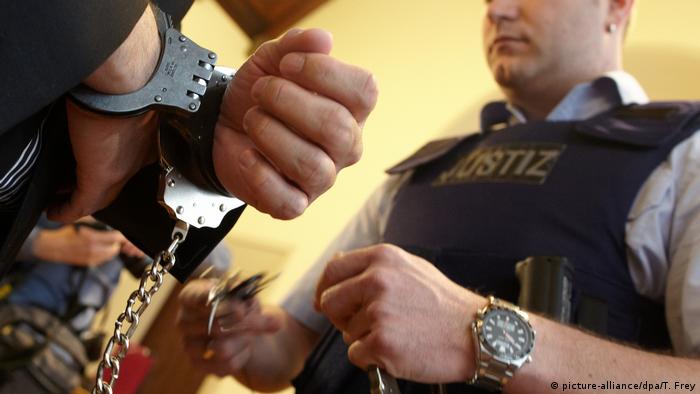 Germany has announced sweeping plans to restructure domestic intelligence and law enforcement agencies in 2020 to step up the fight against right-wing extremism.

The restructuring follows two high-profile cases of right-wing terror over the past six months: The killing of Walter Lübcke, the president of the district council for the central German city of Kassel, who was shot in his home in June; and two deaths in the eastern city of Halle at the hand of a white supremacist who failed to enter a synagogue on Yom Kippur, a major Jewish holiday. 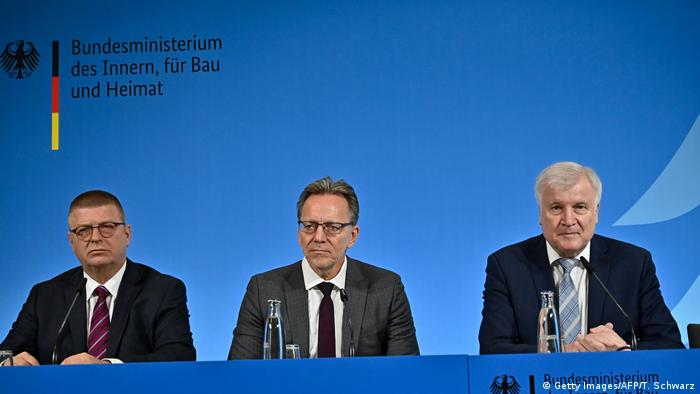 "I'll never forget a young citizen in Halle calling through the silence that 'you all can't protect us,'" Seehofer recalled on Tuesday. "As a consequence of Halle, we want to confirm to the public: Many steps are being taken."

Seehofer described those deaths as part of a slew of "terrible isolated incidents" and said they were casting shadows over Germany's sinking crime rates over the past two years.

Nevertheless, half of all politically motivated violent crimes in Germany last year were attributed to right-wing extremism, federal statistics show.

Seehofer also referenced the Nationalist Socialist Underground (NSU),a neo-Nazi group that carried out a series of anti-immigrant murders and attacks starting in 1999 before finally being uncovered in 2011. In the aftermath of the group's unveiling, German intelligence was criticized for failing to adequately investigate right-wing extremism.

"The fight against right-wing extremism should have been given this priority earlier," said Seehofer. "That is also true."

The hourlong press conference also included the respective presidents of Germany's Office for the Protection of the Constitution (BfV), the nation's domestic intelligence service, and the Federal Criminal Police Office.

"Violence is increasing, propaganda is increasing … threats on the internet are creating a climate of fear," Holger Münch, president of the Federal Criminal Police Office, said Tuesday. "Lübcke and Halle confirmed everything in the worst way possible."

Seehofer emphasized that lawmakers had already greenlit an array of the ministry's new security measures.

Thomas Haldenwang, president of the BfV, said that systems to evaluate suspected perpetrators and tactics to comb the internet for broad terror networks are already in place in the fight against radical Islamic terror. Next year, many of those same strategies will be applied to suspected far-right groupings on the internet, at far-right concerts or gatherings, and within extreme political groups suspected of constitutional violations, such as the "Junge Alternative," the youth wing of the far-right Alternative for Germany (AfD), he added.

"The 'new right' will be more intensively scrutinized," said Haldenwang, referring to far-right mobilization efforts online. "It's a topic for the virtual world, as well as the real world."

Federal police and intelligence officers have also created centralized systems to better coordinate with counterparts on the state level and compile common lists of suspected violent perpetrators. A recent parliamentary hearing found that mistrust between state and federal authorities over informants and suspects created blind spots that led in part to 2016's deadly terror attack on a Christmas market.

According to federal statistics, in 2018 there were over 24,000 active right-wing extremists in Germany, with just over half considered capable of carrying out violent acts. The total number of these extremists is expected to increase in 2019 by as much as a third to 32,200, according to government documents obtained by German newspaper Tagesspiegel, in large part due to new scrutiny on groups affiliated with the AfD.

The newly announced mechanisms are also meant to weed out extremism within the government's own ranks, authorities said on Tuesday. Over the past year, a raft of cases of right-wing extremism have cropped up in the military, in the police and even in intelligence agencies themselves, prompting public outcry.

Most recently, Robert Möritz, a local politician in the eastern state of Saxony-Anhalt and member of Chancellor Angela Merkel's conservative Christian Democratic Union (CDU), was outed as a former neo-Nazi sympathizer. The news threw the state's government into turmoil and caused a blowback that reached party leader Annegret Kramp-Karrenbauer in Berlin.

"We believe that the national CDU and Mrs. Kramp-Karrenbauer should intervene and make clear that this is unacceptable," Saskia Esken, the newly elected co-leader of the center-left Social Democrats, Chancellor Merkel's junior coalition partners in Berlin, told reporters on Monday.

The CDU's party headquarters on Monday evening informed all its state cohorts, including in Saxony-Anhalt, that, "There's no place for Nazis in the CDU," but that every person "has a right to improve." After fielding criticism for having not already ousted Möritz from the party, CDU leaders in Saxony-Anhalt reportedly called a snap meeting for Thursday to discuss the case.

But high-profile party members in Berlin are already taking to the airwaves to express their frustrations with how the situation is being handled.

"In such a case the national party should have made very clear that it would have come to another decision," Ruprecht Polenz, former general secretary of the CDU, told German broadcaster Deutschlandfunk.

The list of German politicians whose lives have been threatened by right-wing extremists is growing longer. Berlin has unveiled plans to tackle the problem, but critics say the changes need to be made now. (04.11.2019)