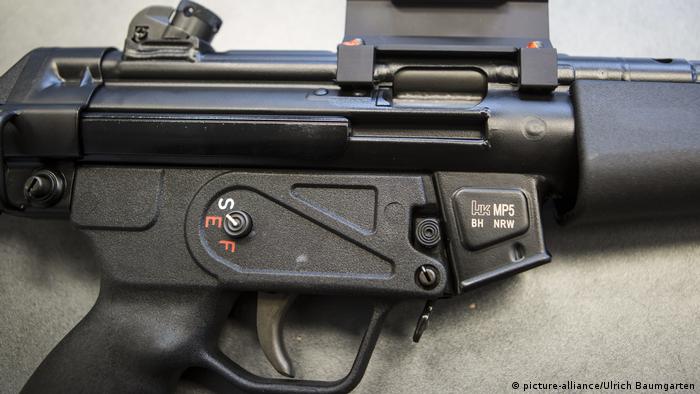 Germany's Bundestag agreed to new gun control regulations on Friday, including a controversial measure that would have everyone who owns a firearm regularly checked by the country's domestic intelligence agency (BfV).

Interior Minister Horst Seehofer said that the government's goal is "no weapons in the hands of extremists." This includes implementing an amended European Firearms Directive into German law in order to make it more difficult for criminals and terrorists to get their hands on weapons.

Another facet of the law is a new regulation that would have everyone who owns a gun in Germany be checked every five years, and they will have to justify why they need a gun in the first place. Furthermore, anyone who is a part of an "unconstitutional group" will be denied a firearms license.

Justice Minister Christine Lambrecht said "I do not want to wait until arms get into the hands of right-wing extremists."

However, as opposition politicians have pointed out, many similar regulations already exist and have not always been successful. Martina Renner of the opposition Left party said that "the murderers of Walter Lübcke had a firearms license" and yet the BfV in the state of Hesse had no concerns allowing a well-known right wing extremist to have a gun.

Lübcke, a pro-refugee local politician in Chancellor Angela Merkel's party, was shot in the head at his home by a neo-Nazi last June.

The far-right Alternative for Germany (AfD) objected to the law, saying it "massively restricts blameless citizens in their freedoms."

The Green party, on the other hand, has criticized the new legislation for not going far enough to try and stop the creation of homemade firearms. On October 9, a man killed two bystanders after trying to attack a synagogue in the eastern city of Halle using weapons he had 3D printed.

After protests from hunters and marksmen, the government agreed to add new rules that help this group, including making the license test less bureaucratic and expensive, and sports shooters will no longer have to regularly prove that they use their weapon. Membership in a shooting club will be enough.

The new laws passed over the criticisms of the opposition as the governing Christian Democrats (CDU) and Social Democrats (SPD) voted in favor, while the Green and Left parties abstained.